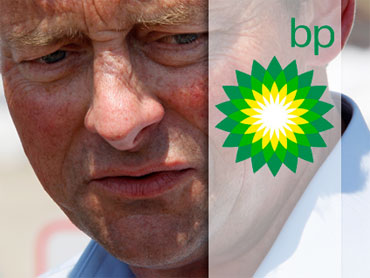 President Obama may face off with  BP CEO Tony Hayward on June 17, when he, along with oil company CEOs from ExxonMobil, Shell, ConocoPhilips and Chevron, appear in Washington, DC to testify before the Energy and Commerce Committee's Energy and Environment Subcommittee.

ABC News reported that White House officials will meet with Hayward, and Mr. Obama may drop by to have a few words.

White House Press Secretary Robert Gibbs today would not confirm such a meeting, but he would not rule it out.

"I wouldn't rule out a meeting with relevant BP officials," Gibbs said, adding that could include Hayward. He said that it could also mean meeting with BP's Chairman of the Board, whom he suggested is the more important official in the corporation.

In an interview with NBC's Matt Lauer earlier this week, Mr. Obama said he didn't feel a need to speak directly with the BP CEO. "My experience is when you talk to a guy like a BP CEO, he's going to say all the right things to me. I'm not interested in words. I'm interested in actions," he said.

In the last few days the White House and BP have become increasingly combative over transparency in providing information on the flow rate, claims processing and the costs of the Gulf oil spill. And, the press has been asking Mr. Obama if, as he told Lauer, he is looking to  kick someone's "ass" based on his discussions with Gulf fishermen and oil spill experts,  is the BP CEO a target?

Energy and Commerce Committee's Energy and Environment Subcommittee members are expected to grill the oil company CEOs on their efforts to create a cleaner energy future, offshore drilling safety and BP's oil spill.

Full coverage of the Disaster in the Gulf