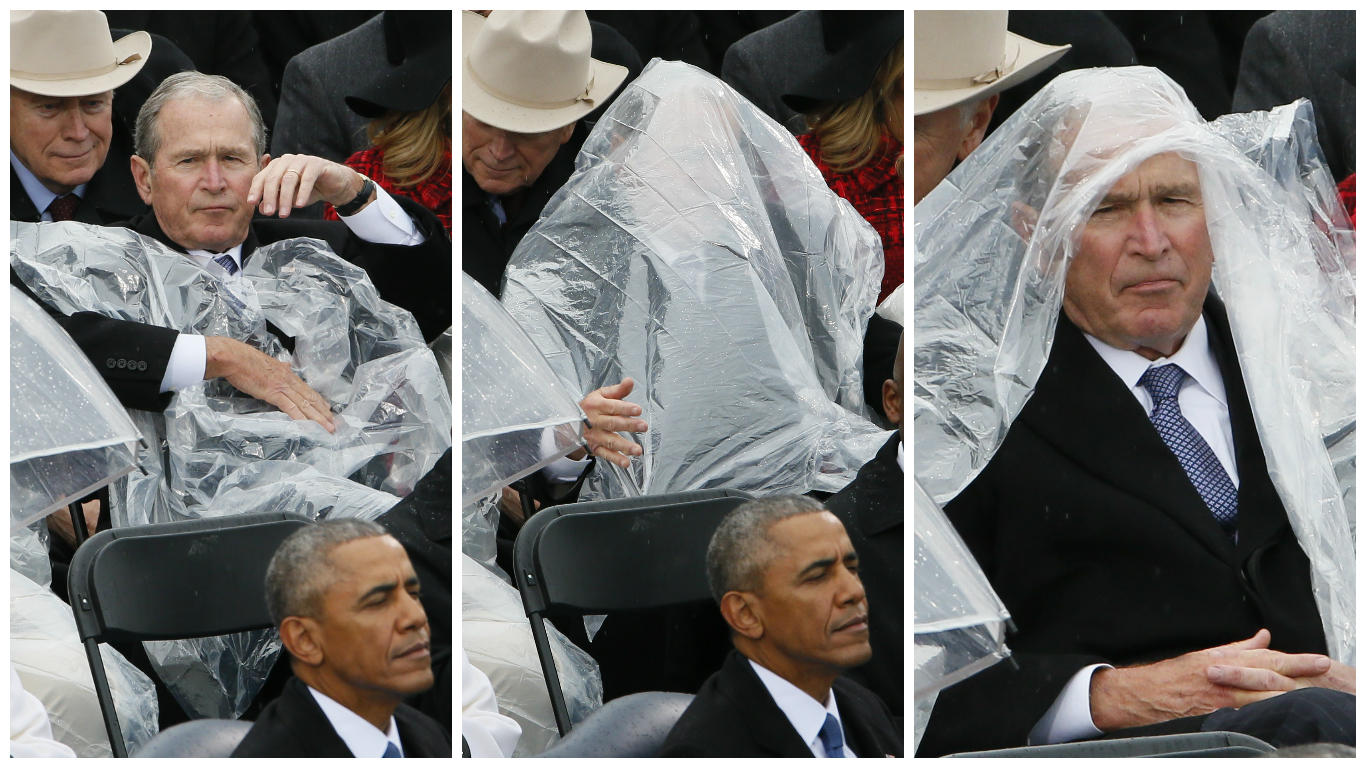 While most of America was watching President Donald J. Trump take his oath of office as the 45th president of the United States, Reuters photographer Rick Wilking was watching former President George W. Bush.

Well, while the 45th president was seemingly the main attraction on the West front of the U.S. Capitol this overcast afternoon, the 43rd president was putting on quite a show behind him... with his rain poncho, that is.

Every bit as inexplicable and, some might say, adorable as former President Bill Clinton playing with the oversized balloons at the Democratic National Convention this summer, former President George W. Bush seemed incapable of putting on his rain poncho correctly.

At one point, as former President Bush struggled with it, the thin plastic slicker even seemed to hit former Vice President Cheney in the head.

Now, the sequence of photos capturing him fumbling with the garment is providing Americans with some much needed levity on a highly charged and politicized day.