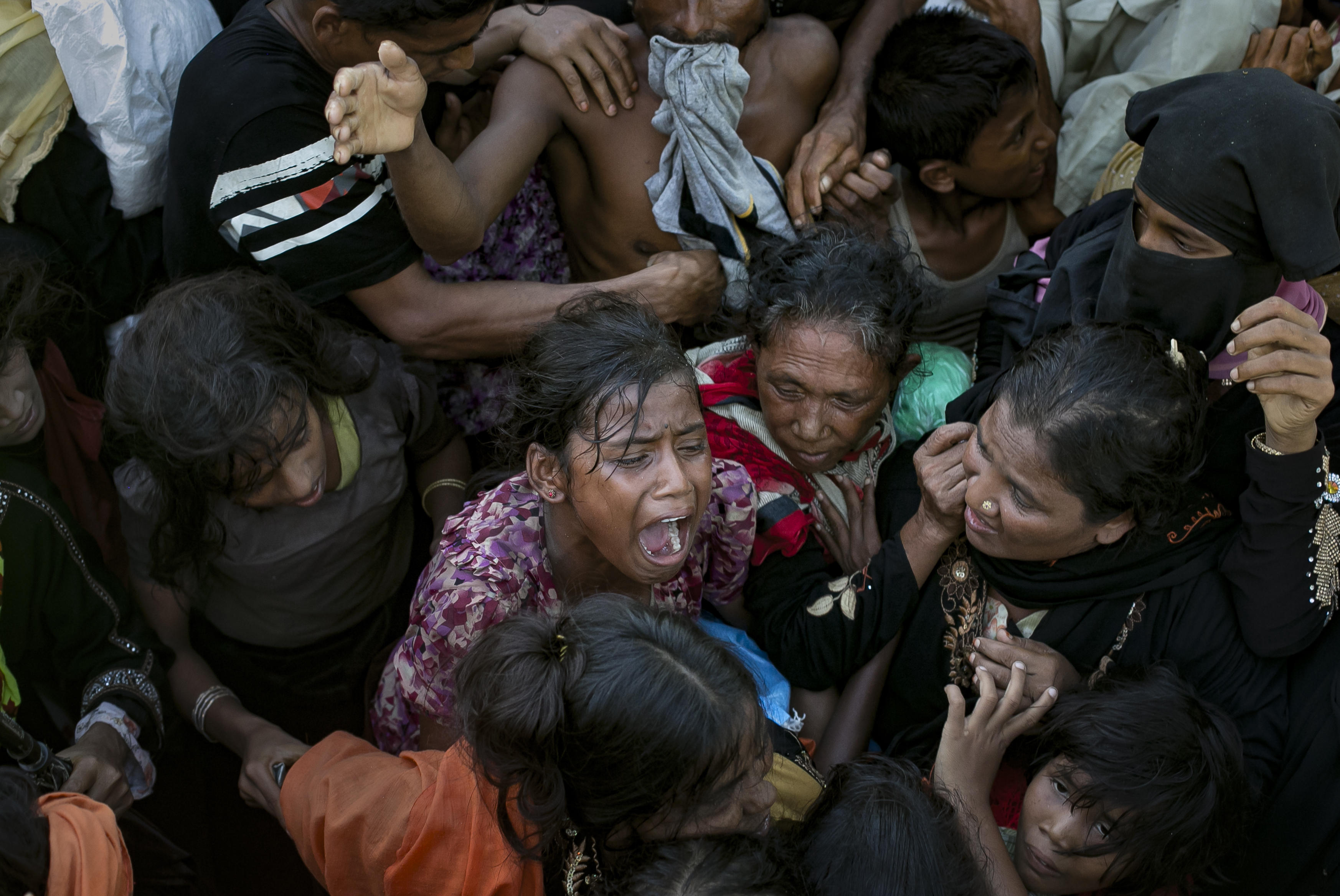 WASHINGTON -- President Donald Trump is considering a further reduction in the number of refugees allowed into the United States as the administration works to re-shape American immigration policy, officials say.

Trump has already slashed refugee admissions once since taking office. Now he faces a decision on how many to admit in the next budget year.

As is often the case with the Trump administration, Cabinet officials are divided as they weigh the costs and potential security risks associated with the program.

fThe Department of Homeland Security has been pushing for a reduction beyond the 50,000 maximum-entry mark set by Trump earlier this year as part of his travel ban executive orders - a number that is already the lowest in modern American history. In a proposal submitted late last week, the department called for a reduction to 40,000 refugees in the next budget year starting Oct. 1, citing concerns about its workload and ability to adequately vet those seeking entry.

The State Department, which oversees the program, has formally recommended that the number be kept at 50,000, according to Trump administration officials who spoke on condition of anonymity in order to discuss internal deliberations. Agencies had been given until the close of business Wednesday to submit formal recommendations for consideration.

State Department officials would have been inclined to set their recommendation higher, several of the people said, but were taking their cues from the president's executive order and felt that 50,000 was the highest number that would be palatable to him.

Trump has until Oct. 1, the start of the new fiscal year, to determine how many refugees to admit under the Refugee Act of 1980. He is expected to consider the issue over the weekend, after he finishes up at the U.N. General Assembly in New York, one White House official said.

Trump has made limiting immigration the centerpiece of his policy agenda. He temporarily banned visitors from a handful of Muslim-majority nations, has rescinded an Obama-era executive action protecting young immigrants from deportation and insists he'll build a wall along the southern border.

During his campaign, Trump pledged to "stop the massive inflow of refugees" and warned that terrorists were smuggling themselves into naive countries by posing as refugees fleeing war-torn Syria.

"Thousands of refugees are being admitted with no way to screen them and are instantly made eligible for welfare and free health care, even as our own veterans, our great, great veterans, die while they're waiting online for medical care that they desperately need," Trump said last October.

Instead, Trump has advocated keeping refugees closer to their homes.

In a speech to the United Nations on Tuesday, Trump thanked Jordan, Turkey and Lebanon for taking in hundreds of thousands of refugees from the Syrian conflict, and described the United States as a "compassionate nation" that has spent "billions and billions of dollars in helping to support this effort."

"We seek an approach to refugee resettlement that is designed to help these horribly treated people, and which enables their eventual return to their home countries to be part of the rebuilding process," he said, arguing that for the cost of resettling one refugee in the United States, the U.S. can assist more than 10 migrants in their home regions.

Advocates say that misses the point.

"I think that these comments show a basic misunderstanding of the refugee crisis," said Jen Smyers, who helps run the immigration and refugee program at Church World Service, one of nine organizations that work to resettle refugees in the U.S.  She said the safe re-integration of refugees into their home countries is always the preferred outcome, followed by integration in a nearby country that shares a refugee's language and culture.  Resettlement is a last resort when those options are impossible.

Refugees already face an extensive backlog and waiting periods that can take years. Smyers said that after Trump's executive order, she had to tell refugees in the pipeline they'd be waiting even longer.

"It's devastating for refugees who are overseas," she said.

Stacie Blake, of the U.S. Committee for Refugees and Immigrants, said the proposed cutbacks were especially concerning given the migrant crises affecting so many parts of the world, including the Rohingya Muslim refugees fleeing Myanmar. She said Trump's move could prompt other nations to "back out" as well.

White House spokeswoman Kelly Love said in a statement that the administration's approach to refugee resettlement "is unwavering" and would be "guided by the safety and security of the American people, the protection of U.S. taxpayers, and the application of U.S. resources in a manner that stretches our dollars to help the most people."

DHS spokesman David Lapan said that in setting the admissions ceiling, the agency would take into account the "workload capacity of all program partners, including the vetting agencies" as well as national security interests.