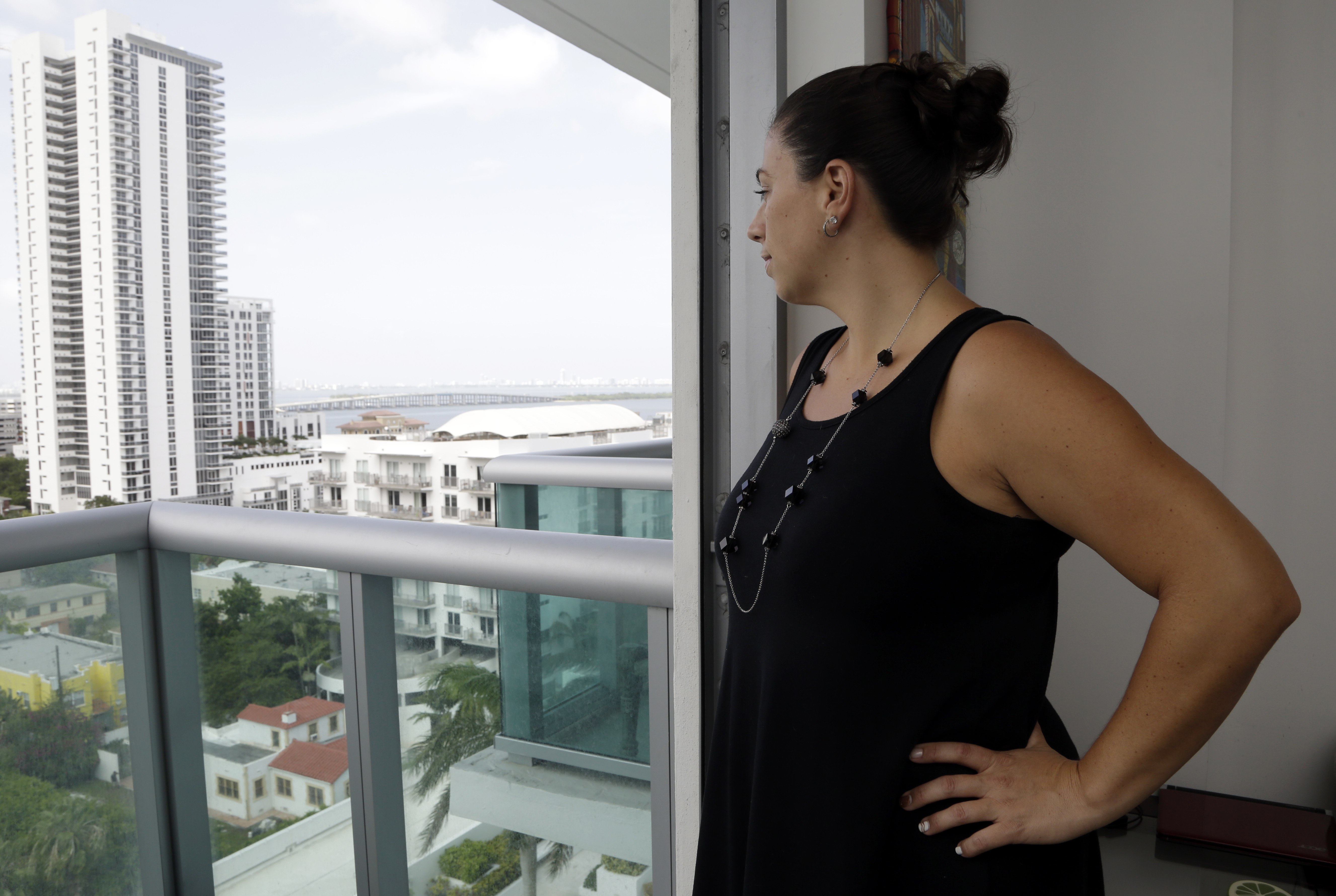 MIAMI -- Jessica Ardente waited 36 years to have her first baby. Her parents will visit in two weeks to watch their grandson's ultrasound. There are cribs and car seats to shop for, a nursery to decorate, and bottles, diapers and clothes to buy.

And now, on top of everything else, there is Zika to worry about.

Ardente lives in the one-square-mile section of Miami that health officials are urging pregnant women to avoid because of the mosquito-borne illness, which can cause severe birth defects, including stunted heads.

"You can take every step you can trying to take care of yourself with your diet and exercise and going to your prenatal appointments, but now I have to worry about mosquitoes and going outside," a four-months-pregnant Ardente said, petting her dog as she sat on the couch in her one-bedroom apartment.

The Centers for Disease Control and Prevention has warned expectant mothers to steer clear of the city's Wynwood neighborhood, where at least 15 people are believed to have been infected with the Zika virus through mosquito bites in the first such cases on record in the mainland U.S.

Avoiding the neighborhood of trendy shops, galleries and restaurants might be just an inconvenience for pregnant women who live outside Wynwood. But Ardente said that it's a near-impossible request for her, and that she's staying put despite offers from friends to crash at their places.

"What do you do when you live there? You can't stay out of that area," the single mother-to-be said. "It's scary, but I'm not going to not leave my house. I'm just trying to be careful."

She smiles while showing off red-and-blue baby onesies adorned with colorful giraffes - a gift from a friend. For now, other than her belly, it's the only evidence in the apartment that she is pregnant.

Her doctor has told her to consider hiring a dog walker, but she insists on sticking to her routine while taking precautions. She puts on bug spray and wears long pants and long sleeves every morning and evening, despite the sweltering summer heat, when she walks the dog.

It also means more doctor visits plus frequent blood and urine tests. And she's working out indoors now instead of at a studio that keeps its bay doors open.

U.S. health authorities have said they don't expect major outbreaks in this country like those seen in Latin America and the Caribbean. But concerns mounted after experts admitted Tuesday that despite aggressive spraying, they are having a difficult time eradicating the mosquitoes that spread the illness. The Aedes aegypti mosquito can breed in just a bottle cap of standing water.

Hospitals and clinics in the area have been swamped with calls and visits.

"It's really crazy," said Dr. Christine Curry, an obstetrician-gynecologist at the University of Miami Health System who is treating a dozen patients with the virus, none of them infected locally. She said the staff "has been inundated with questions to the point that we are been doing education sessions for people who answer the phones about Zika so they can help the worried patients triage their concerns."

Juliana Duque, a nurse practitioner, said the waiting room at the Wynwood-area community health center where she works is filled with nervous pregnant patients. Her clinic has tested hundreds of women, some with possible symptoms and some without, but so far nobody has tested positive.

"We need to realize for how advanced we are and what great support we have, how vulnerable we can be. You are at risk. Things can happen. Even though you may not have the symptoms, you could be at risk and you need to be tested," Duque said.

Zika symptoms can include fever, rash, headaches, joint paint and inflamed eyes. Most adults report mild or no symptoms, and the illness is usually no big deal to those who are not pregnant or considering becoming pregnant. There is no vaccine.

A fearful Gabriella Acevedo, who is eight months pregnant, said she is not planning to leave her Wynwood home. Maria Cortez, who lives near Wynwood and is also pregnant, made an emergency appointment to get tested this week.

Florida authorities have yet to find the virus in mosquitoes, which obtain it from the blood of infected people and then spread it when they bite someone else. Obstetricians are handing out kits that include bug spray with DEET, a strong chemical that pregnant women are usually told to avoid, plus tablets to kill insects in standing water, and condoms, since the disease can also be transmitted sexually.

"I may not know until the baby is born if there's been any effects," Ardente said, "so I just have to keep trucking along and hope for the best ... and enjoy my pregnancy to its fullest, because I've been waiting for this for a long time."