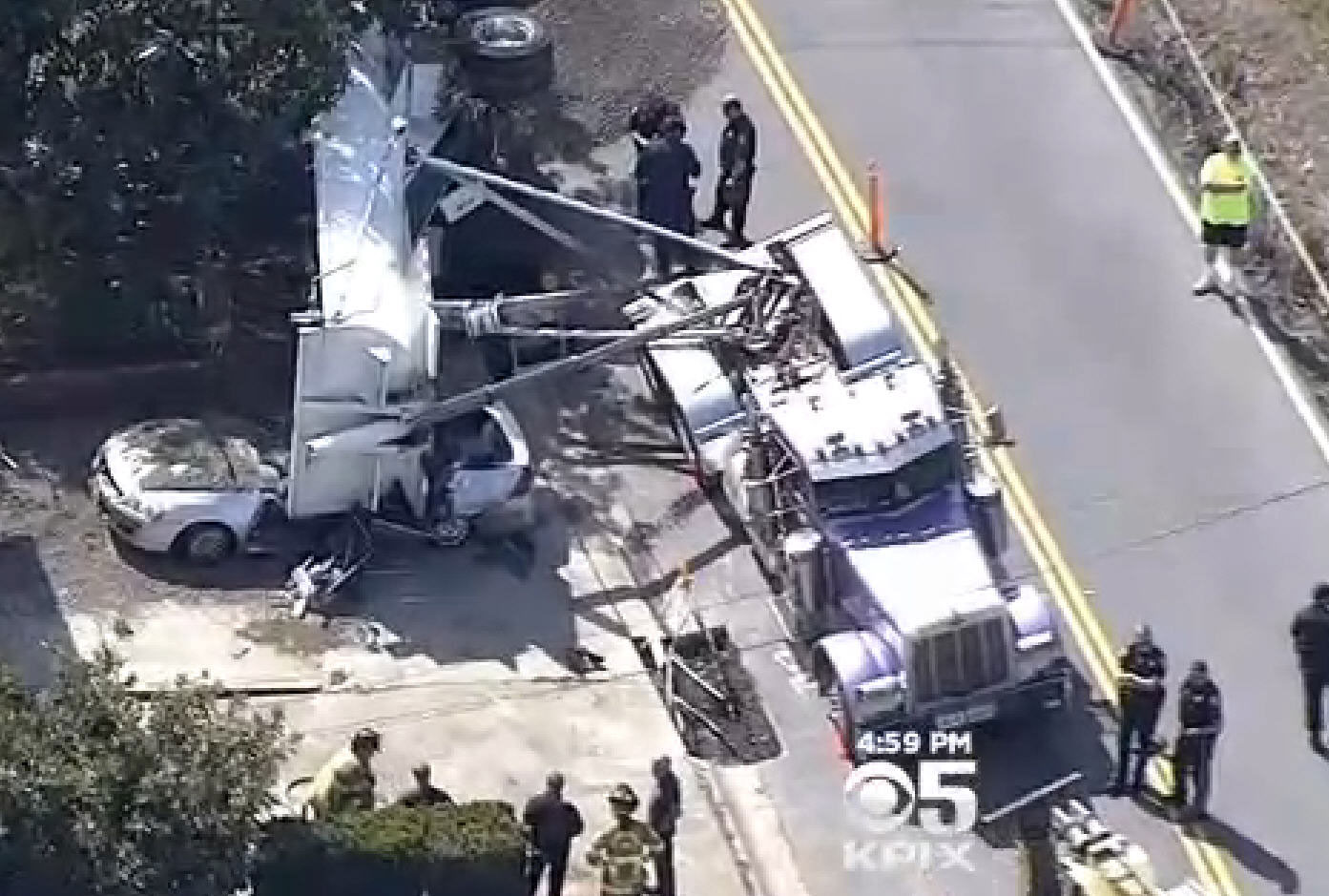 The accident happened as the bed of a truck at a city construction project raised to dump its load, but instead toppled over on the driveway and on top of a car where the woman was sitting inside, crushing the vehicle.

A contractor at the site told CBS News affiliate KPIX that a worker was helping the woman back out of her driveway so that the gravel truck could move in and unload its 20 tons of material. But the gravel shifted, causing the truck to overturn.

"I saw the truck laying on the car and they were working on the sidewalk, trying to get her out of the car and told them to get the back hoe," said neighbor Travis Hagerthy. "...Ripped the door off and that's when the cops pulled up, took her pulse and determined she was dead."

The victim was identified by the San Francisco Chronicle as Lindsey Combs, 32, who was two months pregnant. She also had a four-year-old daughter was also in the driveway and witnessed the accident.

"I am devastated, upset, mostly upset that this was totally avoidable," said Anderson Pamilton, Combs' fiance. "Just a roller coaster of emotions."