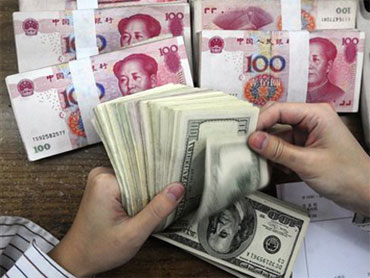 After a second consecutive positive week for global stocks, Asian and European markets are up this morning, and U.S. futures are pointing higher. Thank China for the early gains on the week.

Over the weekend, China's central bank said it would allow the Chinese yuan to float against the U.S. dollar. For years, the Chinese currency (known as the yuan or the renminbi) has been pegged to the value of the dollar, which has kept the cost of Chinese exports low.

While China had allowed its currency to rise against the dollar from mid-2005 to mid-2008, it returned to a peg in the aftermath of the financial crisis.

The artificially-low yuan skewed the ability of U.S. manufacturers to compete effectively with their Chinese counterparts, and American exporters have said that an undervalued yuan gave Chinese exporters an unfair advantage on the global stage. If the Chinese currency were to reflect the strength of the world's third-largest economy, the yuan would be trading at higher levels — and the cost of Chinese exports would rise.

Some analysts say that the Chinese currency announcement is bunk because China's move will be "gradual." The skeptics note that for years, China has talked about currency revaluation, but done little to get there.

If the Chinese do get serious about easing the currency peg, the quick look at winners and losers:

Winners would include: U.S. exporters (whose goods will be valued more fairly); U.S. trade deficit (which could narrow on a more equitable exchange rate); U.S. employment (which could rise); the Chinese economy (which can't rely solely on exports to fuel its growth); Chinese consumers (who will have an opportunity to buy global goods); and potentially, Chinese citizens (who could benefit from more government spending at home, because China no longer would have to spend as much money maintaining the artificial currency level).

Losers would include: U.S. consumers (who could pay more for China-made goods); U.S. importers (who purchase Chinese goods and sell them in the U.S.); and in the short-term, bears who bet against a stock market rally today after two consecutive weeks of gains. 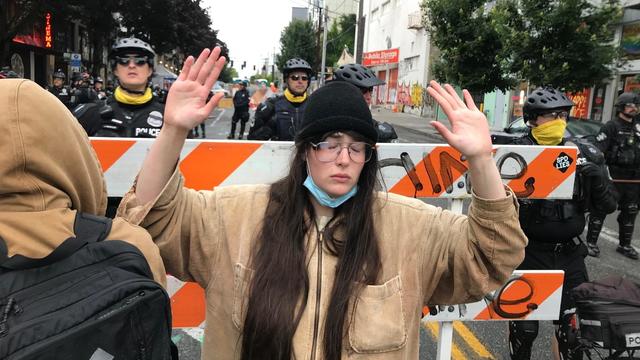