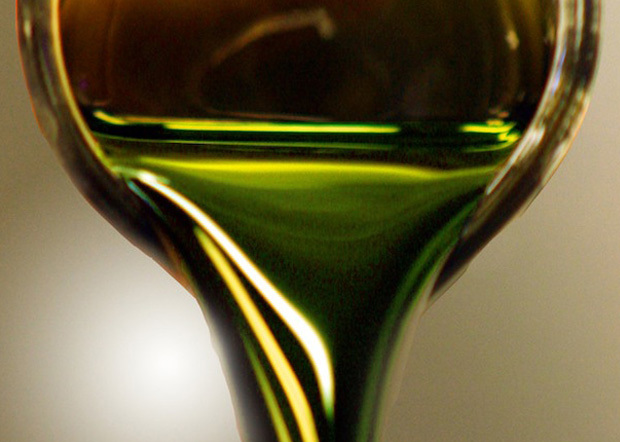 Professor Juergen Polle is packing up his laboratory on a sweltering morning in New York City, but the beakers and test tubes aren't going on summer break. The professor of biology at Brooklyn College has run out of funds for his research, and is shutting down his lab until a new round of funding can be found. Polle joins some of the top minds in the nation working to find an alternative for oil -- and he's placing his bet on algae.

"We cannot fly planes with ethanol. We need oil. And algae can make oil as a drop-in replacement for fossil fuel," Polle told CBSNews.com on a recent tour of his lab.

Proponents find algae appealing because it can be grown in salt water. The race to find a sustainable alternative to oil has mainly focused on other types of biofuels, like corn-derived ethanol or vegetable oil, but these options compete with food crops. What makes algae ideal is that it can be grown in non-arable land. And while it burns carbon dioxide (CO2) like fossil fuels, it requires CO2 to photosynthesize, making it carbon neutral.

So much confidence was placed on the green alternative to oil that the U.S. Energy Department has made several investments in algae research. President Obama touted the potential algal biofuel in a 2012 speech, when he announced $30 million in funding for similar research.

Obama cited a 2011 report by the Pacific Northwest National Laboratory (PNNL), which suggested that the United States could replace up to 17 percent of imported oil with algal biofuel. However, researchers are challenged by the amount of resources it takes to produce algae oil. The same study said it would take 350 gallons of water to produce one barrel of oil.

Polle says researchers are faced with the trial and error of developing a new process or finding a new way of using algae. His research mainly focuses on finding the most productive strain of algae, and testing how they grow in different environments.

Professor Paul Falkowski, director of Rutgers Energy Institute, says the plight to replace fossil fuels is a battle of man versus nature.

"When we take petroleum out of the ground, we are buying a resource that was created millions of years ago and we don't pay for it. We're using nature's inventory of carbon," Falkowski told CBSNews.com on a tour of Rutgers University's Institute of Marine and Coastal Science.

Rutgers, which is one of the largest algae research centers in the nation, is taking a different approach to making algal biofuels competitive with petroleum. Falkowski's team is working to genetically modify plant cells to create a more efficient and productive way to derive oil from the autotrophic organism.

"What I'm trying to do here is make algae make oil for us, 1 million times more efficiently -- to compete with the product that's in the ground," Falkowski said.

Petroleum currently costs about $100 a barrel, while algae oil is about $300 a barrel. Falkowski believes the primary challenge algal biofuels face is economics. Either the fuel would to have to be subsidized by the government, or the price of petroleum would have to go way up to make algae oil a cost-effective alternative.

"Economics doesn't trump nature, nature trumps economics," Falkowski said. "We can't put carbon dioxide back into the ground faster than we can extract it. But we sure as hell can make fossil fuels go away. It's only a matter of will power, it's not a matter of know-how."