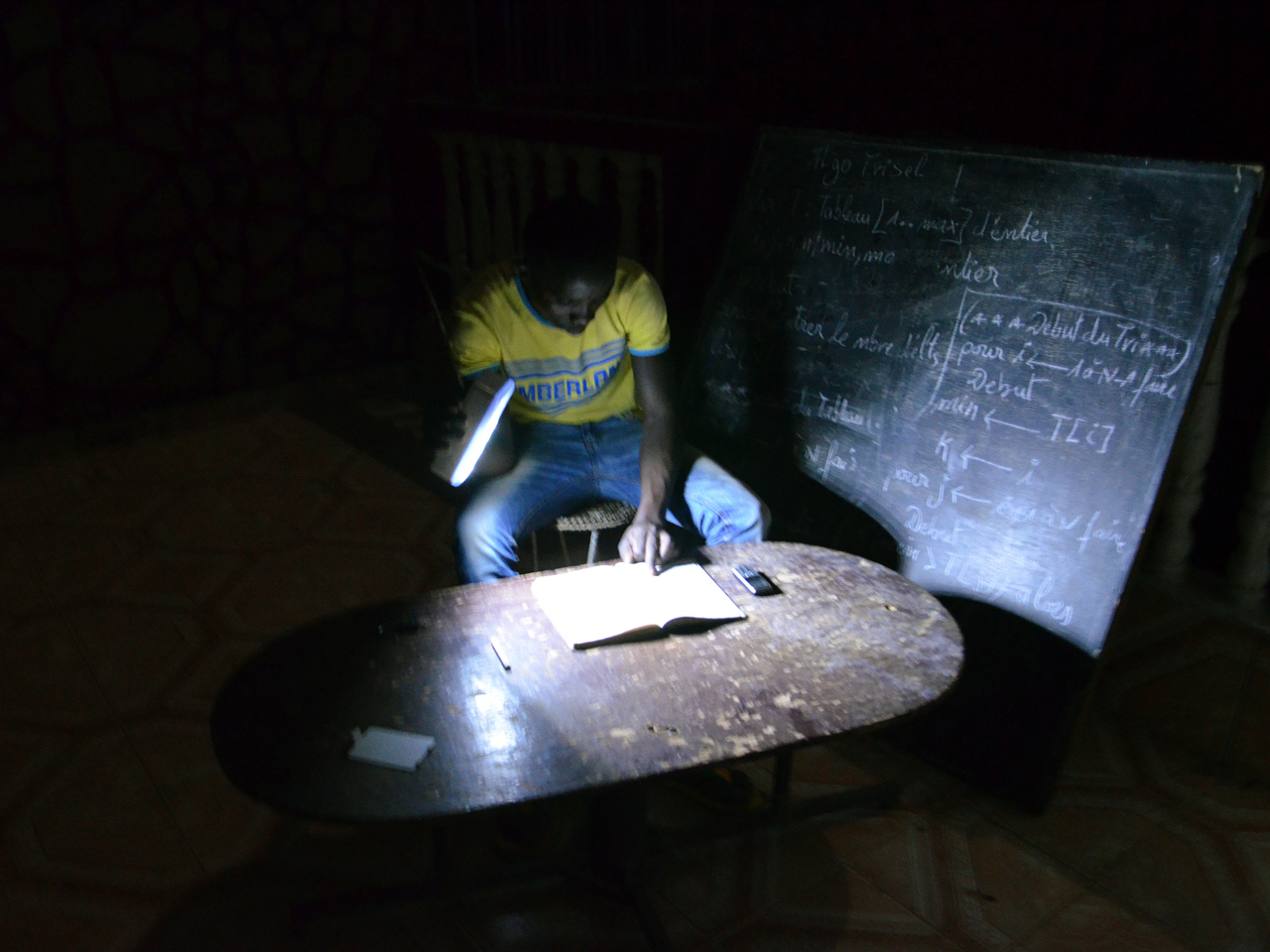 2.6 billion people around the world currently live without reliable electricity; the majority of those in developing countries, according to a 2012 report by the International Energy Agency.

And once night falls, the lack of options means most either turn to batteries, which have to be charged and are costly to purchase; kerosene, and the dangers that come with it; or live in the darkness.

"Regardless of your socioeconomic status in Nigeria, several times a day you can expect to lose power... .And I think for me, it really hit a point of frustration I recall at my aunt's wedding, and that day we lost power and outside of my aunt's house we had a diesel generator running and I remember feeling like I was choking," said Jessica O. Matthews, CEO of Uncharted Play.

However, Matthews decided she could do something about it.

Today, she is the CEO of Uncharted Play, the company behind Soccket, an energy-storing soccer ball that creates enough power after 30 minutes of play it can power a light for three hours.

With soccer being the most popular sport in the world, (there are estimates that over 3 billion people worldwide enjoy the game), and close to that same number living without 24-hour electricity; what started off as a college project has turned into a full-time job for Matthews, who co-designed the ball.

The ball captures a person's kinetic energy while kicking it around with a built-in generator. That energy is then stored in a battery which can be used to plug in and power an LED light.

The Soccket comes to the market later this year.

Similarly, in Holland, designers focused on the energy a human expends pushing a revolving door; installing doors at train stations that power their own lighting through the daily use of people entering and leaving the buildings.

"Any person who walks through it generates energy so immediately it starts saving energy while pushing it, so it happens with one person," explained Dirk Groot, product manager for Royal Boon Edam, the company behind the doors.

UK-based product designer Jim Reeves was given a similar project, to create power from kinetic energy.

With his team at Therefore, Reeves invented the Gravity Light, a people-powered light that functions simply by pulling a weight.

"The gravity light was designed to be the lowest cost replacement for a kerosene lamp that we could conceive of. ...We looked at the problem and came up with the idea of generating the power live as and when you need it without the use of any batteries whatsoever, " said Reeves.

The Gravity Light generates power by the user lifting a weight, which takes about three seconds; the result, between 15 and 30 minutes of light.

The weight has to weigh 22lbs and can be created with dirt, stones, or any other materials that can be pulled up in a bag, which the light is packaged in.

"The approach with Gravity Light is having a very fast cycle. Using all of your body strength to do something very short and easy to do and then you get the benefit of using it for a very long time, with no power storage as such," said Reeves.

The light switches on once the weight is let go, and lasts until the weight hits the ground.

"It's intended to be kind of a stepping stone for the people on the lowest incomes to break free of kerosene and access bigger and better more sophisticated renewable energy," said Reeves.

The use of kerosene is extremely dangerous. The World Bank estimates that 780 million women and children inhale smoke from kerosene, the equivalent to smoking two packs of cigarettes a day.

"There's a huge amount of down-sides to lighting a home with a kerosene lamp, not least the health implications, but also huge amounts of fires and the expense, an awful lot of people on subsistence incomes are tied to paying large amounts for kerosene," said Reeves.

Burning kerosene is estimate to cost 10 to 20 percent of a household's income.

It's terrible for the environment too, producing 244 million tons of carbon dioxide annually.

Reeves said his lights are primarily designed to be used in villages in North Africa, India and South America, and can be operated by adults and children alike.

"It would be great to think we could have them available in all kerosene dependent markets globally," said Reeves.