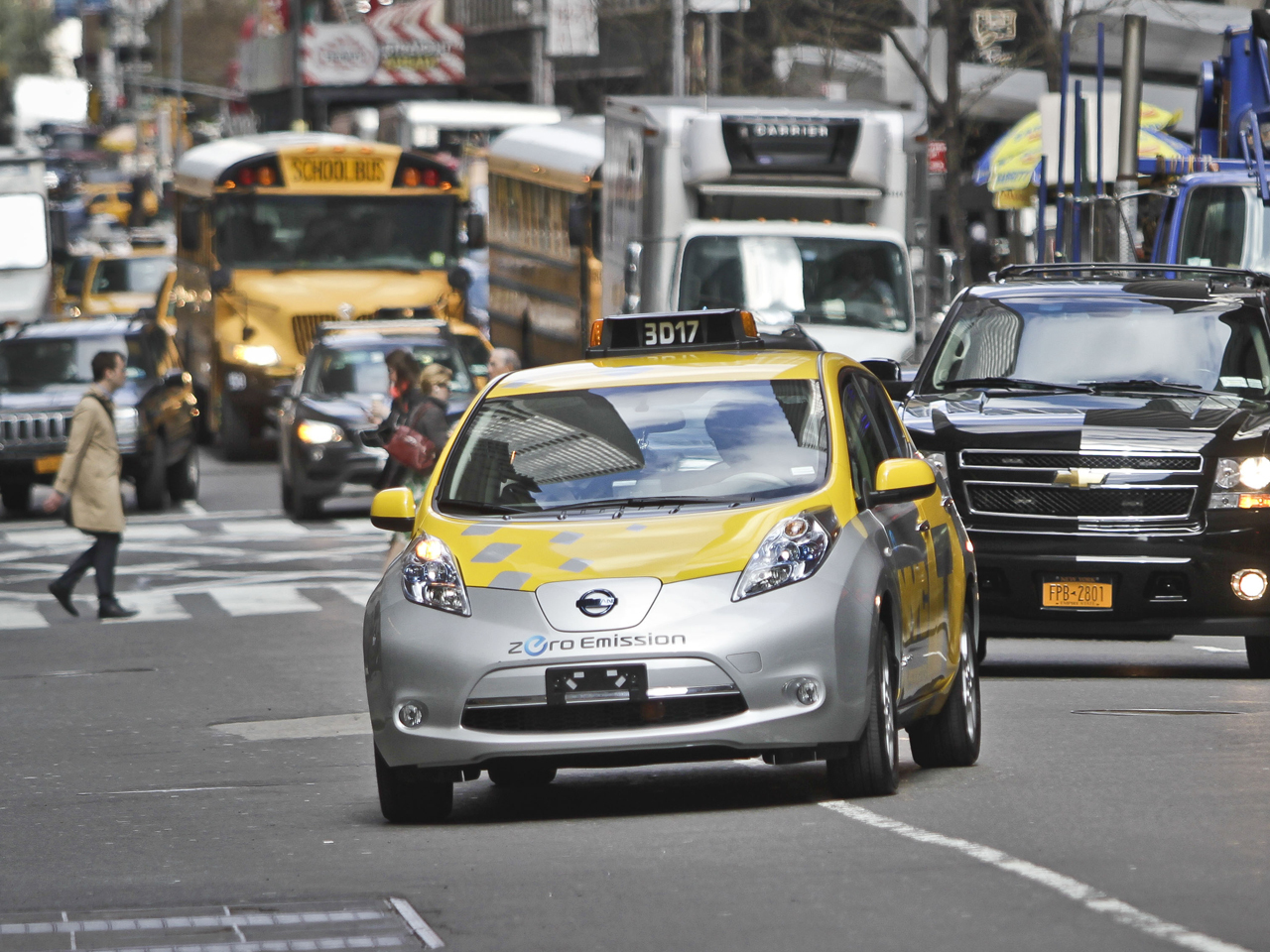 NEW YORK Shrewd New Yorkers may have spotted some sleek silver and yellow cabs racing around the city's streets.

They're the newest taxis being tested out in a pilot program to see how electric cabs can survive in one of the busiest places in the world, where roads look like "ploughed fields," according to one veteran New York City taxi driver.

The city-run program is to see if New York City Mayor Michael Bloomberg's plan of having one-third of the taxi fleet be electric by 2020 is actually feasible.

"That's absolutely do-able. What we need to do is put chargers throughout the city so taxis can charge up. The technology is there ... now we've got to find the space and get the installations done. That's real work, but it's absolutely do-able," said David Yassky, New York City's Taxi and Limousine Commissioner, in an interview with CBSNews.com.

The taxis in question run entirely on electricity. They rely on an internal battery pack that powers an electric motor, which creates the needed propulsion for the car.

The battery pack is rechargeable, but there are currently only two charging stations in Manhattan. Each driver participating in the trial also gets a slower, 7-hour charger installed at their home.

CBSNews.com hitched a ride with one of just six drivers testing the new taxi out for the next year.

Uppkar Thind has been driving a regular cab for 17 years. He's extremely pleased with his new set of wheels, however, and said he would like to stick with his electric vehicle.

"It's a really smooth car and it has great acceleration," Thind said of the Nissan Leaf, which starts at $21,300.

Thind saves a large amount of money on gas; it only costs him $7 for each charge. What he saves in money though, he spends in time; charging takes him 30 minutes.

Similar to an iPhone with lots of apps open, the car's battery drains quicker when the radio or air-conditioning is being used. Thind noticed this during the heat wave that hit the East Coast in July.

Thind believes driving an electric cab had made him much more environmentally conscious and energy efficient.

"I don't drive up avenues aimlessly. I wait at certain corners where I can pick up a fare so I'm not just wasting miles that I could use to make money with," said Thind.

Although the electric cabs have received mostly a positive reaction from passengers, they've gotten more of a mixed reaction from other taxi drivers.

"Every industry is scared of change and I understand that. Businesses that are operating and that are profitable want to make sure that nothing upsets that. But you know, when pushed the taxi industry has been able to adapt very easily," said Yassky.