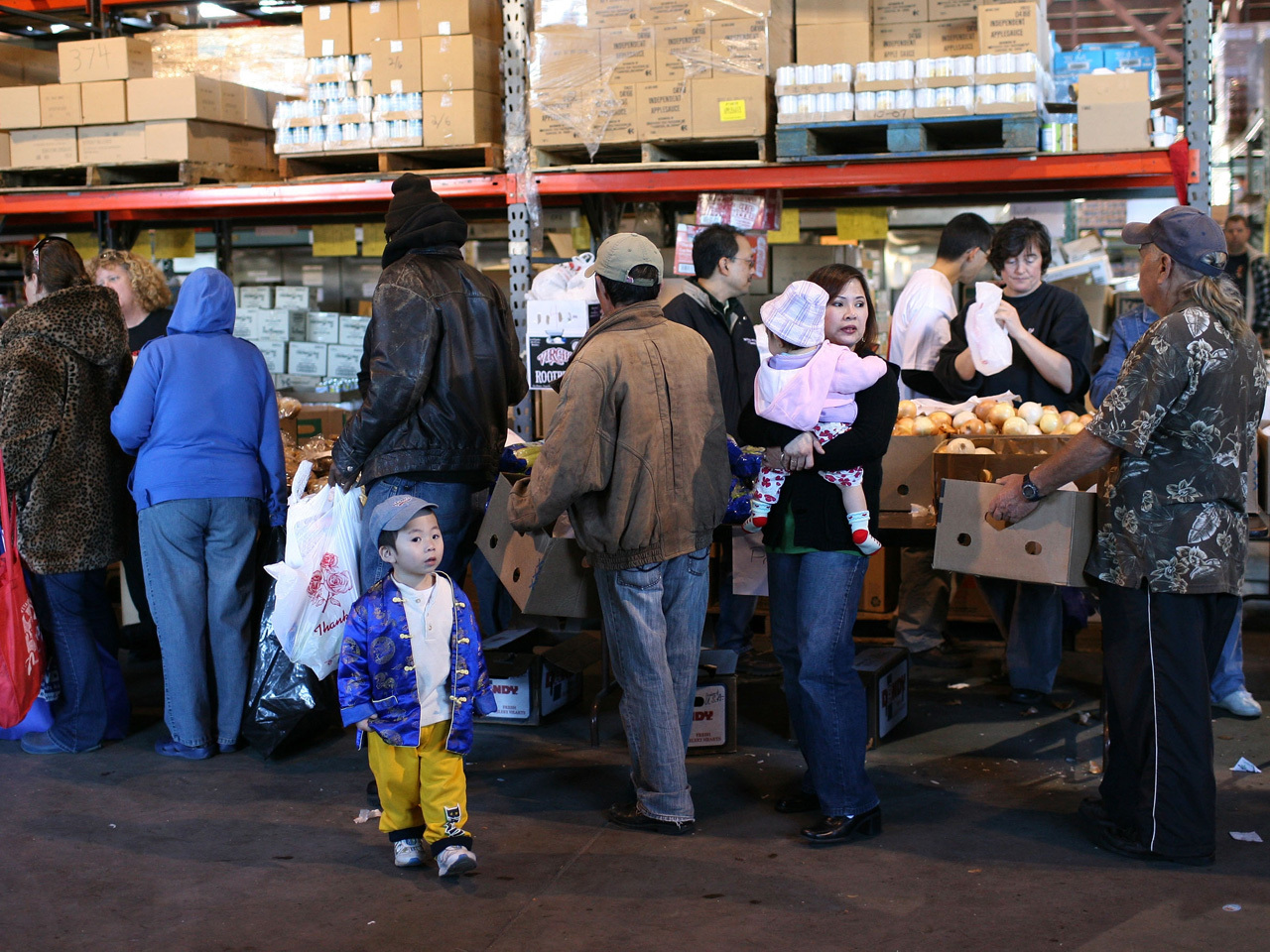 (MoneyWatch) The suburbs, long the place where people moved to escape urban problems, now have more poor people than cities do. However suburban poverty looks very different than its urban version.

"I work regularly at a food pantry ... and what we see more of is nice cars in the parking lot," says Sheila Gilbert, national president of Society of St. Vincent de Paul, a Catholic charity organization. "When you drive by you might think, 'Well those people probably don't need food.' But when you come inside you find people there who have been working all their lives -- and maybe all their lives is three years of experience, or it may be fifty years -- and something happened to the job, or an illness or something else happened in their lives."

The suburbs are home to the fastest growing group of people living in poverty. Between 2000 and 2011 the number of people living below the federal poverty line ($22,314 for a family of four) in the suburbs grew by 64 percent, more than twice the rate in cities.

In their recent book "Confronting Suburban Poverty in America," Elizabeth Kneebone and Alan Berube of the Brookings Institution, write that this is because suburbs have seen a huge increase in people and jobs.

Unfortunately, while the suburban population grew, the services to help them didn't. "The federal government spends $82 billion dollars a year across more than 80 programs to address poverty in place," Kneebone and Berube write. "But the spread-out nature of suburban poverty, and the lack of expert public and non-profit service providers in suburbs, mean that most of those dollars remain focused on urban communities."

Sheila Gilbert agrees: "When you go to look for the services, they're not funded at a level we need now. There was adequate funding when there were a few people, but it's not adequate now. So the money runs out before the need runs out."

While there are an increasing number of working poor in the suburbs, what makes poverty there different is the number of people in poverty who until very recently were typical middle-class suburban residents. According to Gilbert those people -- whose sense of identity is built around being able to provide for themselves and their families -- have a much harder time asking for help, and as a result much suburban poverty winds up hidden away.

"They have a very strong idea of shame," she says. "It is harder in that setting to admit to anyone that you need that kind of help because you live in an area where people supposedly don't.

"So they'll let themselves get in much deeper before they reach out and ask for help and sometimes they can't get the resources they need because they've waited so long before asking," she adds. "You can help with one house payment, but if you're a year behind that's another story."

At the Fed, not all policymakers are equal