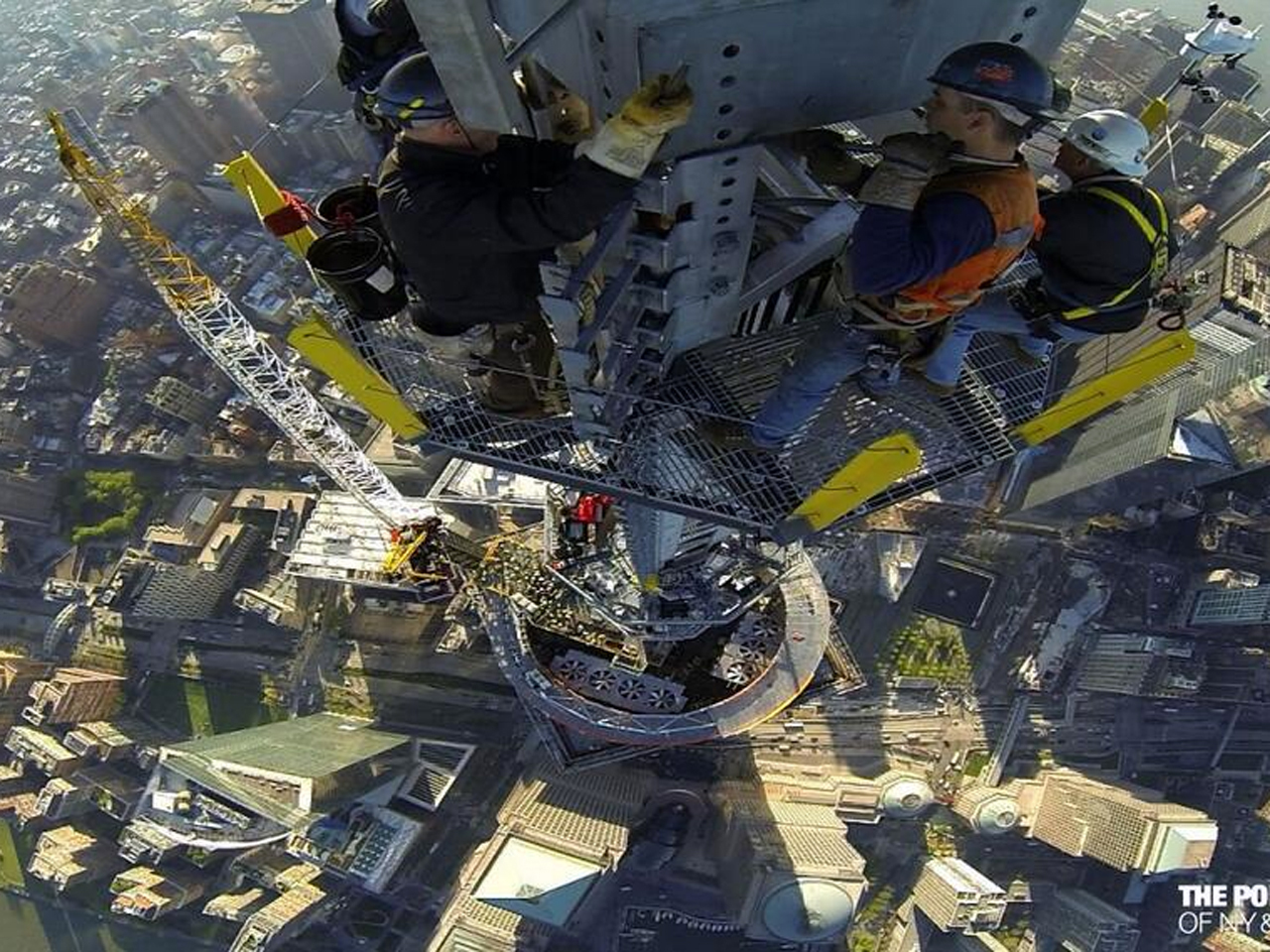 The spectacular photo, taken on May 10th, shows the brave iron workers installing the final sections on top of One WTC, with New York City sprawled beneath them.

The new tower, which sits at Ground Zero, stands at 1,776 feet tall including the spire, which is 408 feet tall.

One World Trade Center is set to open in 2014, thirteen years after the destruction of the Twin Towers during the September 11, 2001, terror attacks.