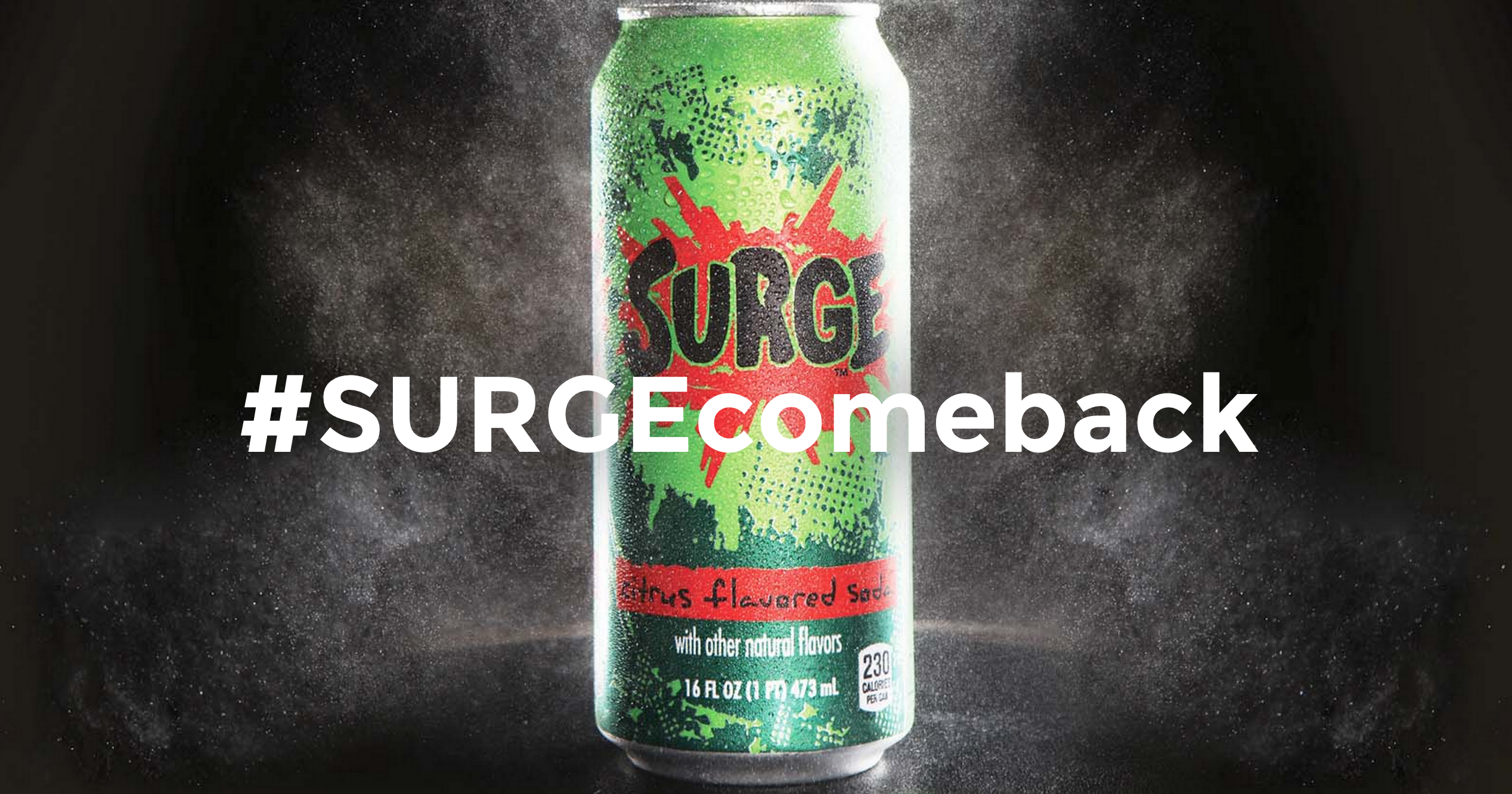 Starting this week the beverage giant's Surge soda, a cult favorite in the 1990s, is returning to store shelves for the first time in 12 years. Scott Williamson, vice president of brand and business communications for Coca-Cola North America, told CBS News that Coca-Cola will make the citrus-flavored drink available in stores in the Midwest and Southeast.

News of the return of the nearly two-decade old brand, which began tickling consumers' taste buds in 1996, went viral online, with more than 226,000 people following the "Surge Movement," a fan page on Facebook. The page encourages people to share photos of "the green tonic of miracles" so Coke can take note of the demand.

Three men -- Evan Carr, Sean Sheridan and Matt Winans -- are credited with starting the campaign to revive Surge. That spurred Coca-Cola to re-launch the product in 2014, while also highlighting how companies are using social media to drive, and respond to, consumer tastes.

Last year, Surge was sold solely on Amazon, making it Coke's first discontinued brand to return to the market. The 12-packs of 16 ounce cans sell for $14.

"We were pleased with the excitement and demand for Surge during the initial launch," Williamson said. "We continue to explore the possibilities of Surge."

This summer the company did a limited retail test in specific areas around the country to gauge consumers' thirst for Surge, said Sheree Thrasher, a spokeswoman for Coca-Cola North America. The company subsequently decided to re-introduce the brand in retail locations.

There's no telling how long Surge will stick around in its second tour of stores, but at least some fans hope the move will be permanent.