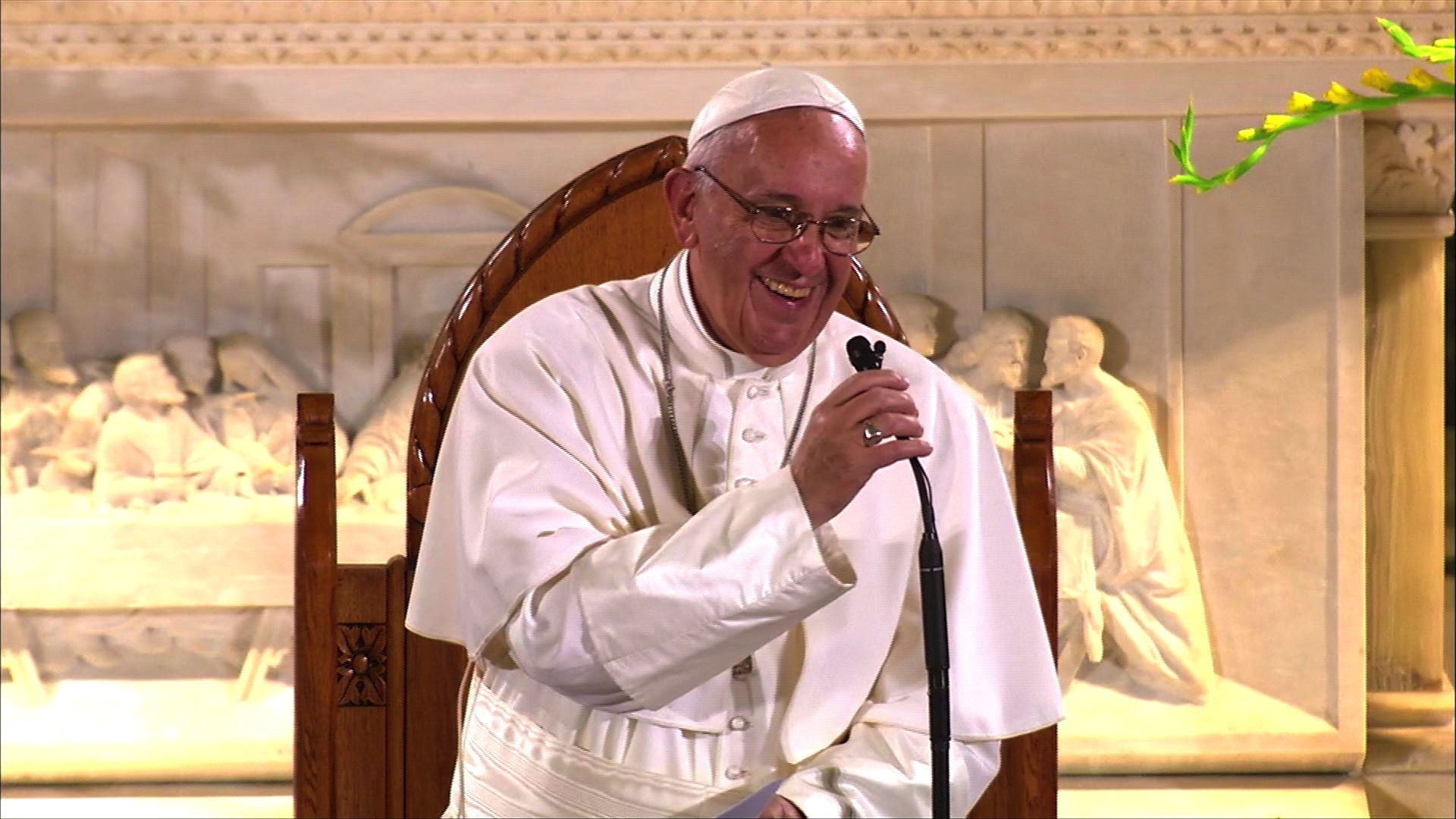 The pontiff spoke about the plight of the homeless in remarks when he arrived at the church."We can find no social or moral justification, no justification whatsoever, for lack of housing," he said. "The Son of God came into this world as a homeless person. The Son of God knew what it was to start life without a roof over his head."

Afterwards, the Pope blessed the lunch served to the clients of the shelter and the homeless who have come to eat.

James Garfield Murphy Jr. is among those at the Church, waiting for lunch and the pope. "I hope he keeps on blessing me and helps me find a place to get out of this shelter," Murphy, 68, said. Murphy has lived at a Catholic Charities shelter for the last two years. He thinks that the pope's visit may also "keep me in the sight of God.

Pope Francis came from the U.S. Capitol, where he addressed a joint meeting of Congress, the first pontiff ever to address the nation's lawmakers. Poverty is an issue close to the pope's heart, and he brought it up in the House chamber.

"The fight against poverty and hunger must be fought constantly and on many fronts, especially in its causes. I know that many Americans today, as in the past, are working to deal with this problem," he said. "It goes without saying that part of this great effort is the creation and distribution of wealth."

He called for "the right use of natural resources and the proper application of technology" to build an inclusive, sustainable and modern economy.

The pope's message on poverty, which some in the church have criticized for being too progressive, found fierce defenders at the luncheon.

"He doesn't change the doctrine" of Catholicism, said Monsignor John Enzler, the President and CEO of the Catholic Charities Archdiocese of D.C. "Those are things the Catholic Church has said for years." Rather, Enzler explains, "It's his emphasis. His words are for the poor."

St. Patrick's is the oldest parish in the city, and here, the Pope is speaking, in his native tongue of Spanish, and then he'll meet some of the people who live in the Catholic shelters. Many of them are poor, have medical or mental health issues, and some may be immigrants.

For Douglas Donatelli, the chairman of the Catholic Charities board, the pope's visit marked "the hard work we do here, to take care of the poor and less privileged."

One resident at Catholic Charities, Shawn Dixon, has been homeless for twelve years, "going from shelter to shelter to shelter." Dixon, 54, appreciates that Pope Francis "is a people person" but also said, "The Catholic Church is filthy rich, you know." The Washington native added, "This pope, he's not about riches and fame."