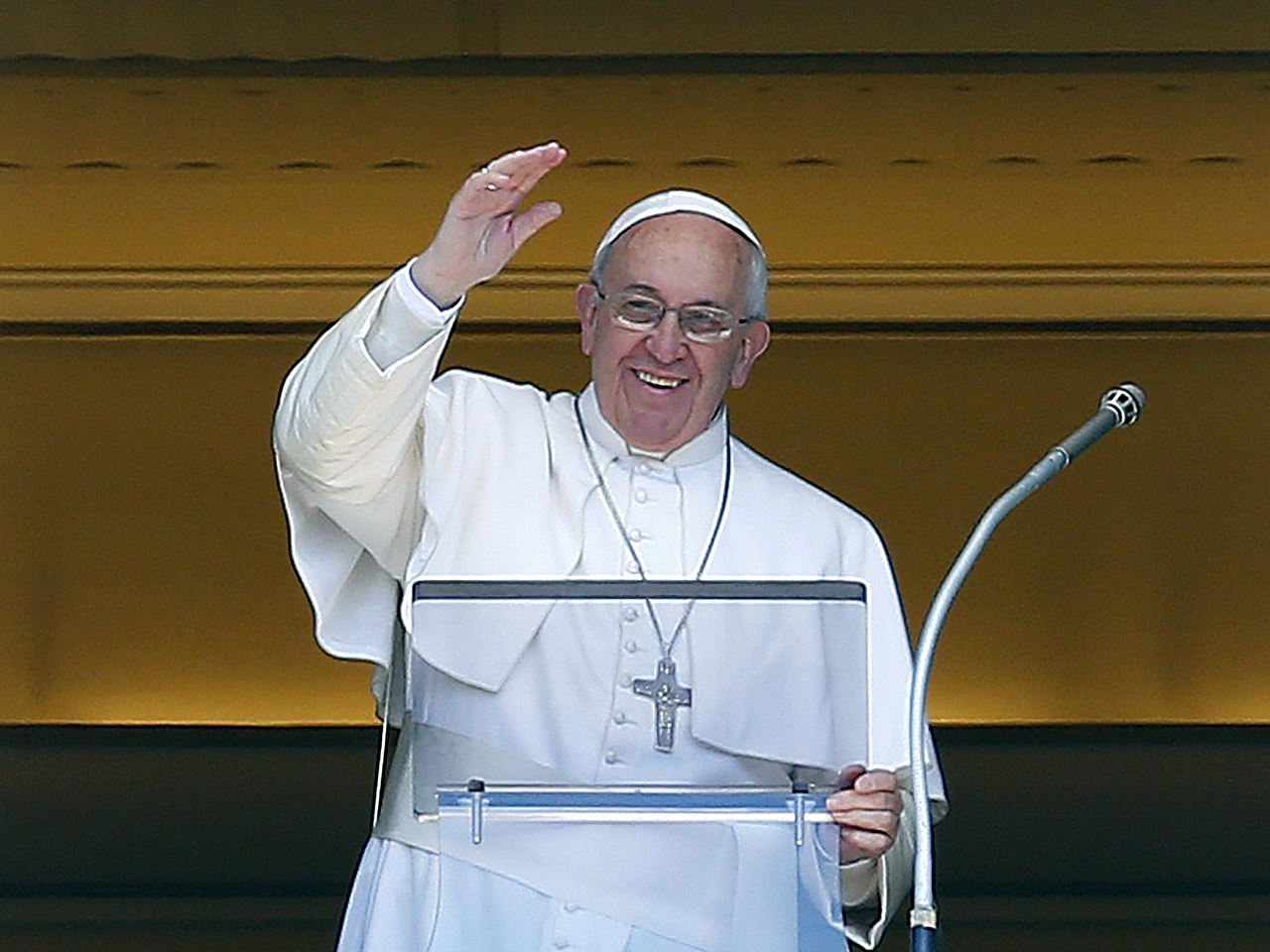 ROME -- Once again, Pope Francis has done it his way. First came the cover of Rolling Stone Magazine in 2014, and now a song for 2015.

Francis -- dubbed the Rock Star Pope early in his tenure for his mass public appeal -- has ventured into the musical world by collaborating on a pop song about peace.

Italian-Argentine musician Odino Faccia assembled the song "So We Can All Be One" from phrases used by the pope during his homilies. A Vatican spokesman told CBS News on Tuesday that the pope saw the lyrics in advance and gave them his stamp of approval.

Faccia performed the song to a huge audience in St. Peter's Square following Palm Sunday mass on March 30. He told Italian media that the pope said he liked the performance.

The song -- a highly commercial pop song with a danceable Latin rhythm -- is written and performed in Spanish ("Para Que Todos Sean Uno").

The lyrics, like the pope does himself so often, seek to address young people: "The future is in your mind, your hands and your heart. So we can all be one. Unity is the path... an alliance always open to love and truth."

Faccia told Italian media that it was the pope himself who asked him to write a song dedicated to peace, using the pontiff's own words.

The singer-songwriter, who is also a peace ambassador for UNESCO, said he had a "close and trusting relationship" with Francis that began after he performed in St. Peter's Square last year following the canonization ceremony for Popes John Paul II and John XXIII.

On that occasion, Faccia performed a song based on poems by Saint John Paul II.

Like Pope Francis, Faccia is the son of Italian immigrants to Argentina.

"I felt like the Pope was very close to me," he told the Italian press. "To me he is like a friend, a father, a grandfather."

"Para Que Todos Sean Uno" is distributed by Sony music. It is now available on iTunes in Spanish, but Portuguese, Italian and English versions are in the works.