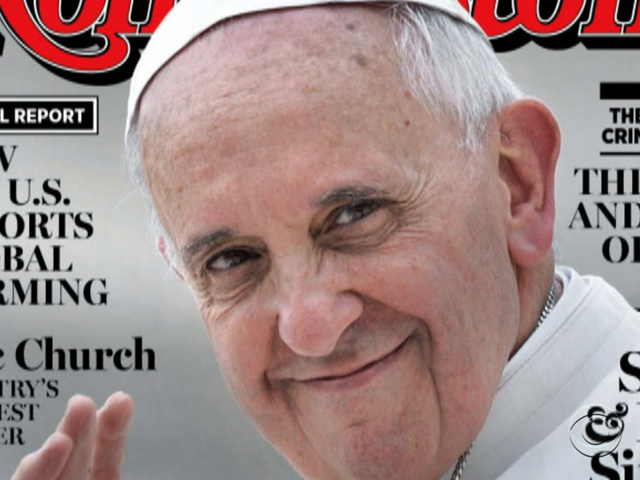 VATICAN CITY -- Catholics call St. Peter the rock on which the church is built. Now it's being rebuilt -- by a rock star. That, at least, is how Pope Francis is being treated.

Superman Francis turned up on a mural near the Vatican Wednesday, the latest incarnation of a pope who is nearing celebrity status.

What other pope could make the cover of Rolling Stone?

Even on rainy days, he pulls the crowds to his weekly audience. More than 6 million have turned up in St. Peter's Square in the 10 months since Francis became pope.

It will take more than homespun and inclusive style to bring about real reform, but the pope's massive popularity helps when it comes to the tough issues, like the scandal over priest sex abuse, according to religious writer Father Thomas Reese.

"The most difficult thing there that the church still hasn’t grappled with is how to deal with the bishops that just aren’t on board, aren't reporting these crimes or aren't dismissing these priests from the ministry," Reese says. "These bishops have to be held accountable."

One of Pope Francis' biggest challenges will be reforming the curia, the church government. As one Vatican watcher put it, he's got to change it from being like something out of the Middle Ages to a modern civil service.

Francis is unlikely to tamper with basic doctrine on core issues, such as abortion or female priests, but his  "who am I to judge?" comment about gays flagged an unusual open-mindedness.

Rolling Stone headlined its story, "The Times They Are A-Changin'." The first news of "Superpope" came on the Vatican's twitter feed.