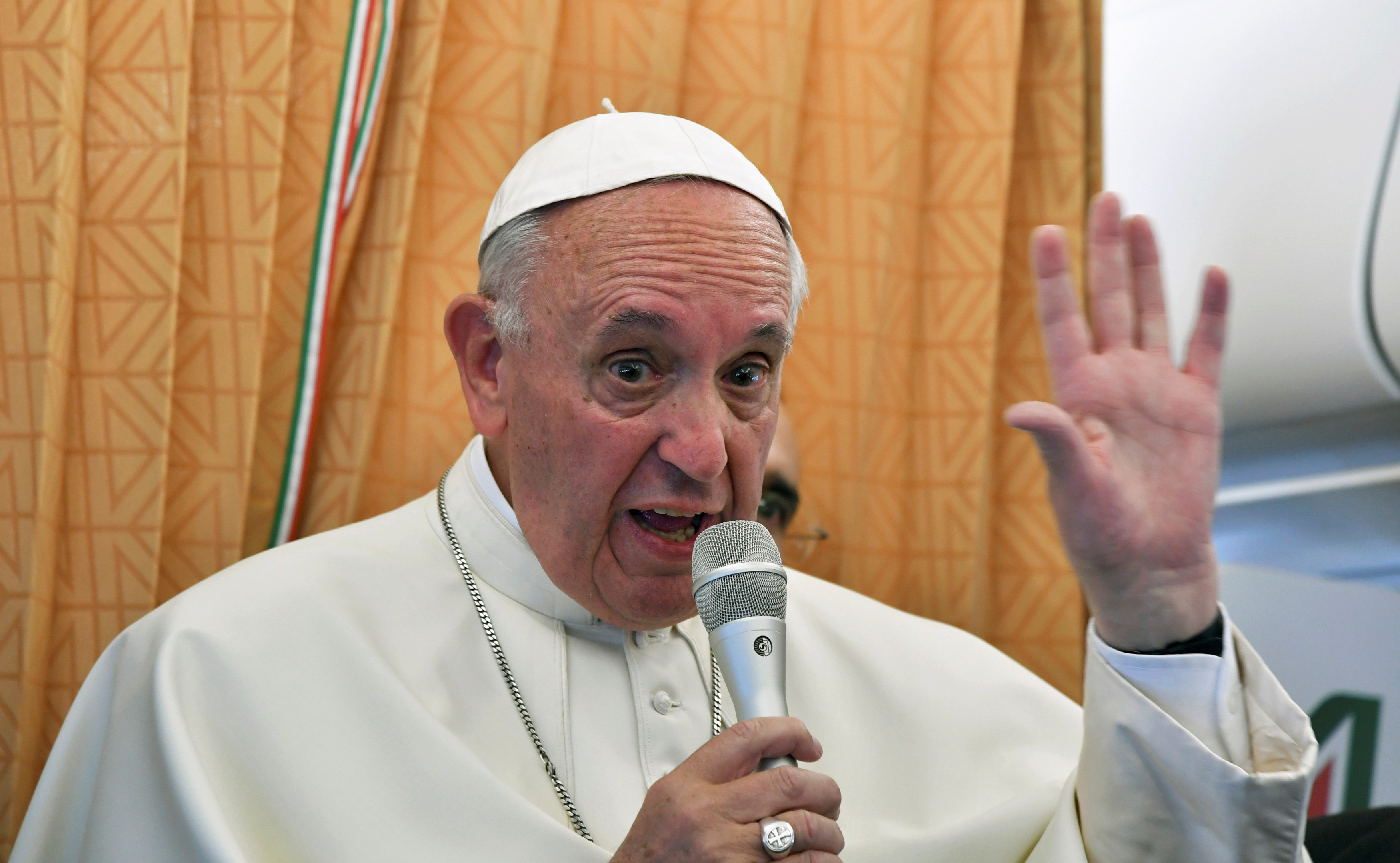 ABOARD THE PAPAL PLANE -- Pope Francis says gays -- and all the other people the church has marginalized, such as the poor and the exploited -- deserve an apology.

Francis was asked Sunday en route home from Armenia if he agreed with one of his top advisers, German Cardinal Reinhard Marx, who told a conference in Dublin in the days after the deadly Orlando gay club attack that the church owes an apology to gays for having marginalized them.

Francis responded with a variation of his famous "Who am I to judge?" comment and a repetition of church teaching that gays must not be discriminated against but treated with respect.

"I repeat what the Catechism of the Catholic Church says that they should not be discriminated against and they should be respected and pastorally accompanied," the pope said.

He said some politicized behaviors of the homosexual community can be condemned for being "a bit offensive for others." But he said: "Someone who has this condition, who has good will and is searching for God, who are we to judge?"

"We must accompany them," Francis said.

"I think the church must not only apologize ... to a gay person it offended, but we must apologize to the poor, to women who have been exploited, to children forced into labor, apologize for having blessed so many weapons" and for having failed to accompany families who faced divorces or experienced other problems.

"I remember as a child the closed culture of Buenos Aires, the closed Catholic culture, and I come from that," he said. "A divorced family could not enter your house. I'm talking about 80 years ago, and the culture has changed and thank God. We Christians have to apologize for many things, not just this."

Francis uttered his "Who am I to judge?" comment during his first airborne press conference in 2013, signaling a new era of acceptance and welcome for gays in the church. Francis followed up by meeting with gay and transgender faithful, and most significantly, by responding to claims that he met with anti-gay marriage campaigner Kim Davis during his U.S. visit. He said the only personal meeting he held in Washington was with his gay former student and his partner.

Despite such overtures, however, many gay Catholics are still waiting for progress after a two-year consultation of the church on family issues failed to chart concrete, new pastoral avenues for them.