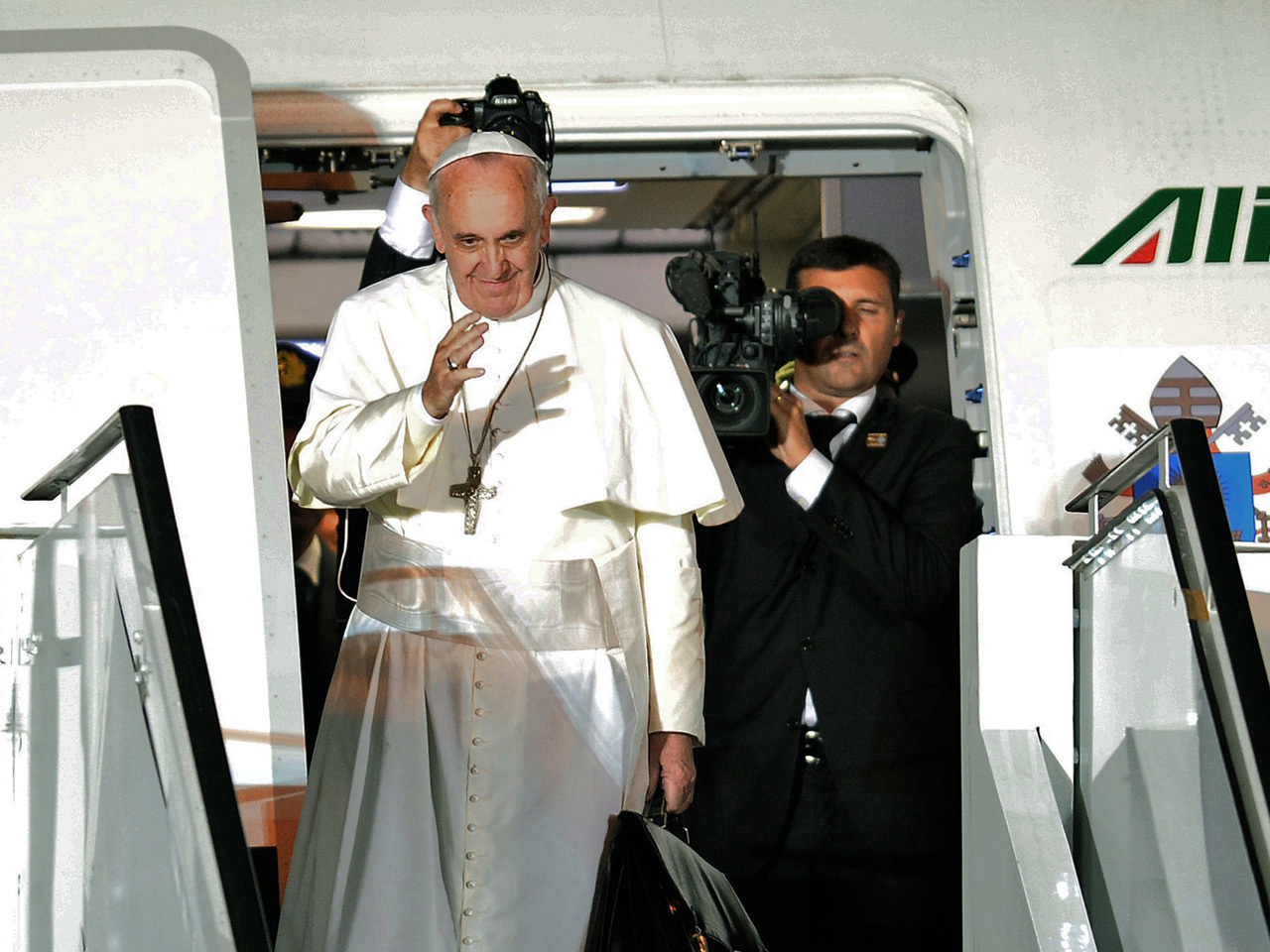 (CBS News) Pope Francis frankly discussed topics that have historically been controversial for the Catholic church aboard his flight back to the Vatican Monday, including homosexuality within the priesthood and the ordination of women as priests.

When questioned on what his response would be upon learning that a cleric was gay, though not sexually active, the Argentinian-born pontiff said he wouldn't judge gay priests and explained, "You can't marginalize these people."

"If someone is gay and he searches for the Lord and has good will, who am I to judge?" he said.

The conciliatory comments represented a shift from his predecessor Pope Benedict XVI, who signed a document in 2005 saying that men with deeply rooted homosexual tendencies shouldn't be priest.

However, he insisted that the ban of female priests will remain in tact, telling reporters the question was "definitively" answered by Pope John Paul II.

Asked for comment, Vatican spokesman Father Federico Lombardi told CBS News that the pope was "for sure" not just referring to gay priests, but to all gays.

Lombardi said this did not represent a change in church teachings. As Pope Francis pointed out himself in his answer, the church's catechism teaches that gays are to be accepted and welcomed, not discriminated against. Lombardi pointed out that during the press conference the pope specifically confirmed church teachings on abortion and female ordination.

The thing that was different here, Lombardi said, was the pope's attitude which puts mercy, forgiveness and understanding "in the forefront."

Pope Francis was returning from his first foreign trip to Brazil. He told a crowd gathered for the farewell ceremony at the airport in Rio de Janeiro, "I leave with a soul filled with happy memories."

On the tarmac Sunday night, the pontiff said his final goodbyes and gave one last blessing after delivering an open-air mass to three million Catholics gathered on Copacabana beach earlier in the day.

The faithful were gathered in Brazil for World Youth Day, a bi-annual gathering of young Catholics from around the world -- the group performed a flashmob to welcome the pope as his helicopter landed.

"The homily was so amazing and so touching," California resident Kayleigh Lembke told CBS News' Adriana Diaz. She added, "So simple but so profound."

Vatican officials are calling the trip a success and are hoping it will help invigorate the Catholic church.