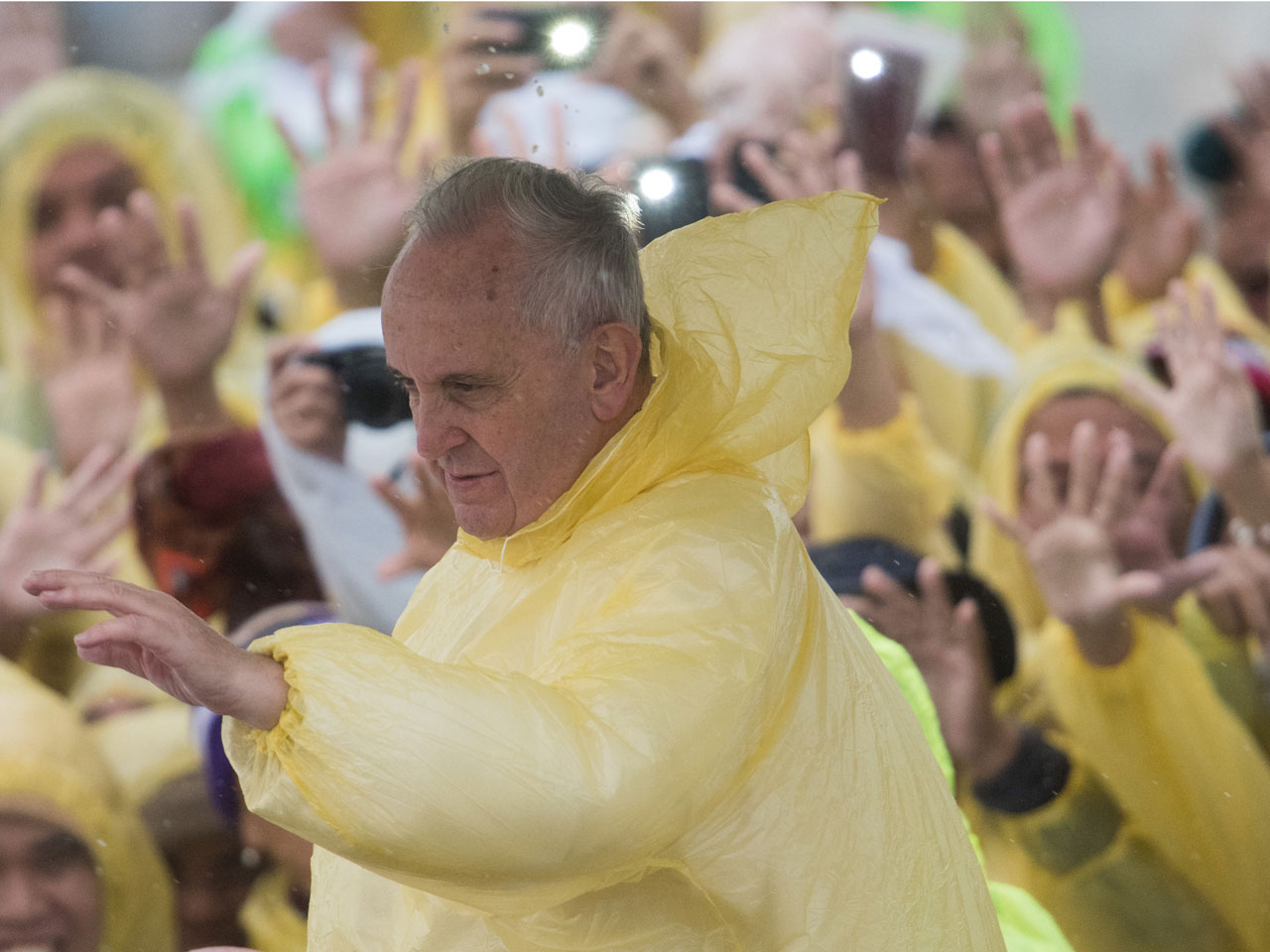 NEW YORK - Conservative distrust of Pope Francis, which has been building in the U.S. throughout his pontificate, is reaching a boiling point over his plan to urge action on climate change - and to do so through a document traditionally used for the most important papal teachings.

For months, Francis has been drafting an encyclical on the environment and global warming which he hopes to release by June or July. Encyclicals are written with the help of a small group of advisers working under strict secrecy. But in a news conference as he traveled last week to the Philippines, Francis gave his strongest signal yet of the direction he'll take.

He said global warming was "mostly" man-made. And he said he wanted his encyclical out in plenty of time to be absorbed before the next round of U.N. climate change talks in Paris in November after the last round in Lima, Peru, failed to reach an agreement.

"I don't know if it (human activity) is the only cause, but mostly, in great part, it is man who has slapped nature in the face," Francis said. "We have in a sense taken over nature."

Even before these remarks, several conservative U.S. commentators had been pre-emptively attacking the encyclical. At Investor's Business Daily, Forbes and TownHall.com, writers had accused the pope of adopting a radical environmental agenda.

"Pope Francis - and I say this as a Catholic - is a complete disaster when it comes to his public policy pronouncements," wrote Steve Moore, chief economist of The Heritage Foundation, a conservative think tank. "On the economy, and even more so on the environment, the pope has allied himself with the far left and has embraced an ideology that would make people poorer and less free."

At the website of the Catholic journal First Things, a blogger accused the pope of promoting "theologized propaganda" on conservation - a post the journal's editor later disavowed - and published guidance by prominent Catholic thinker Robert George about what should be considered authoritative in an encyclical and what could be ignored.

"For the most part, they are conservatives who have criticized other Catholics in the past for disagreeing with definitive statements in papal encyclicals," said David Cloutier, a theologian at Mount St. Mary's University in Maryland who specializes in the environment. "They're scared that the document is going to say something definitive that they can't agree with. That will put them in a very difficult situation."

While Popes John Paul II and Benedict XVI took strong stands in favor of environmental protection, Francis will be the first to address climate change in such a significant way. He will be doing so following a series of sermons, interviews and writings that have unsettled American conservatives accustomed to hearing many of their priorities - on abortion and marriage especially - echoed loudly from Rome.

After Francis helped normalize U.S. relations with Cuba, Sen. Marco Rubio, a Cuban-American and Florida Republican who opposed detente, said he would "ask His Holiness to take up the cause of freedom and democracy."

By tackling climate change, Francis is marching through yet another U.S. partisan minefield and taking a position abhorrent to many Republicans. Democrats are far more likely than Republicans to consider climate-change real and largely man-made. While about a quarter of Republicans or Republican-leaning independents agree, the rest blame natural patterns, say not enough is known or insist warming is not occurring at all, according to the Pew Research Center. In the new Republican-controlled Senate, Sen. James Inhofe, who has called global warming a "hoax," has been chosen by fellow Republicans as head of the Environment and Public Works Committee.

"What they're worried about is the solution," said Anthony Leiserowitz, director of the Yale Project on Climate Change Communication. "Climate change is the ultimate collective-action problem. It's going to require local, state and national policy change, and it's going to require international cooperation, which means the United Nations."

Those on all sides of the debate will be watching for how far the pope will delve into the science around climate change in the body of the encyclical. In a news conference last August, Francis said that since the document is "doctrinal and needs to be certain," less-certain scientific theories could be mentioned in footnotes. But the pope did not offer any examples.

The Rev. James Bretzke, a moral theologian at Boston College, predicts the document will address larger spiritual and moral themes, such as care for God's creation and the poor who are most affected by climate change, along with calls for global cooperation to address the problem.

"The fact of climate change will be accepted and underscored," Bretzke said. "I think it would be a safe bet to suggest that the encyclical will be fairly concrete and specific and that there will likely be some specific ethical calls for action that will cause a certain amount of discomfort to a broad range of various populations - from First World manufacturers to emerging Third World economies such as China."

Francis is due to speak at the United Nations in New York in September where he may press the assembly on global warming before climate change talks begin. He has already urged negotiators to be "courageous."