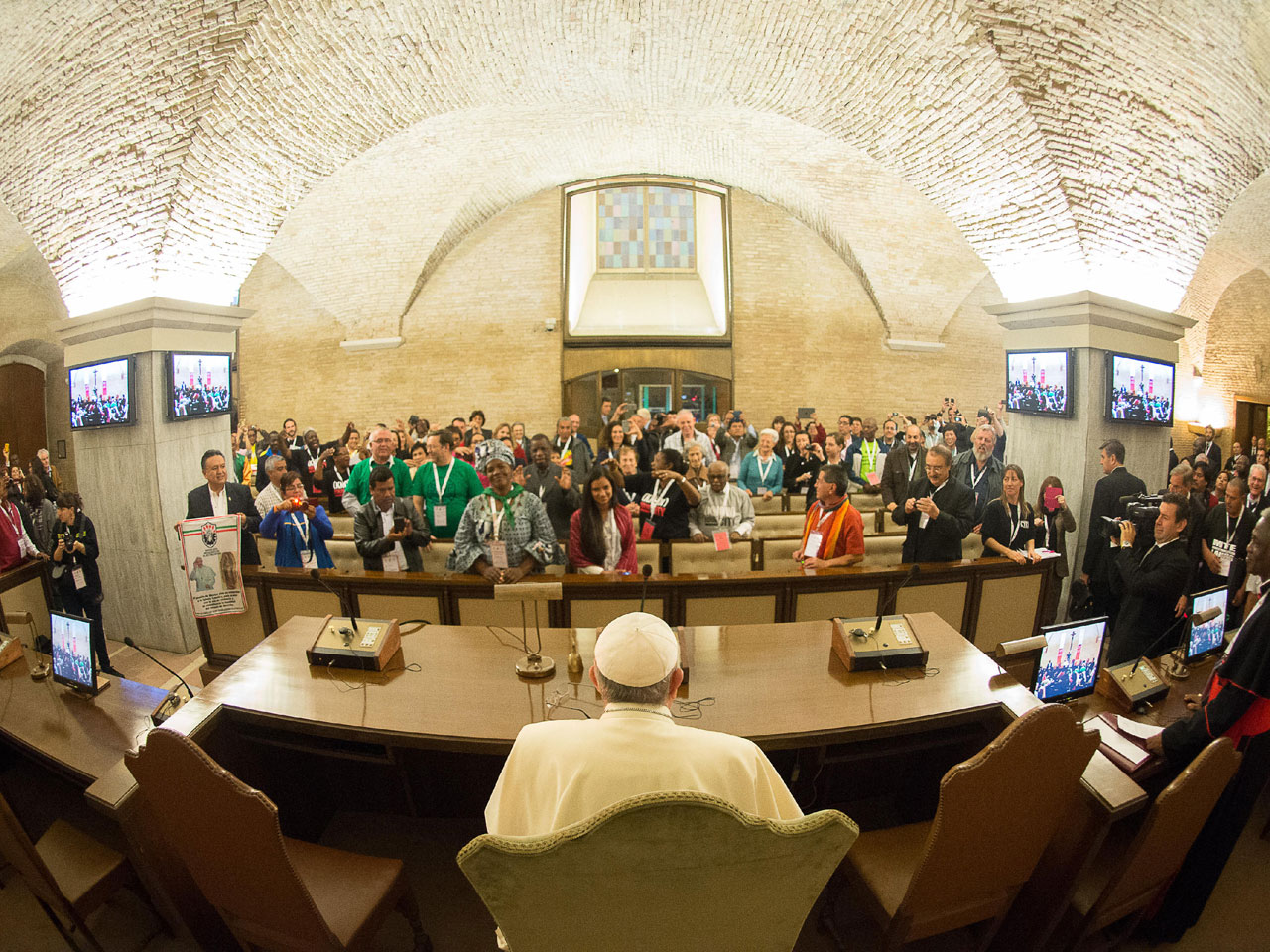 VATICAN CITY - Pope Francis delivered an off-the-cuff, mini-encyclical on the rights of the poor, the injustices of unemployment, and the need for environmental protection Tuesday, saying he's not preaching communism but the Gospel.

Francis' remarks to the World Meeting of Popular Movements, delivered in his native Spanish, ran for more than six pages, single-spaced. It was one of the longest speeches of his pontificate and a clear sign that the issues are particularly close to his heart.

Francis said the poor need land, a roof over their head and work, and said he knew well that "If I talk about this, some will think that the pope is communist."

"They don't understand that love for the poor is at the center of the Gospel," he said. "Demanding this isn't unusual, it's the social doctrine of the church."

Francis has already been branded a Marxist by conservative U.S. commentators for his unbridled criticism of capitalist excesses, for his demand that governments redistribute social benefits to the needy, and his call for the church to be a "poor church, for the poor."

His speech Tuesday broadened his concerns to include the environment, the rights for farmers to have land, and for young people to have work. He promised that the concerns of the poor would be highlighted in his upcoming encyclical on ecology and the environment.

"Today I want to unite my voice with yours and accompany you in your fight," he said.

Among those in the audience were Argentine "cartoneros," who sift through garbage looking for recyclable goods. As archbishop of Buenos Aires, then-Cardinal Jorge Mario Bergoglio was particularly close to the cartoneros; as pope he has maintained his support for their plight.

Francis had an informal meeting Tuesday with Bolivian President Evo Morales, who was part of the delegation.