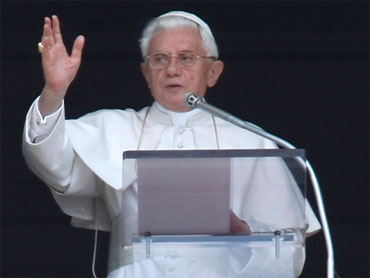 Pope Benedict XVI lashed out Sunday at what he called the "deplorable" raids carried out by Belgian police who detained bishops, confiscated computers, opened a crypt and took church documents as part of an investigation into priestly sex abuse.

Benedict made a rare personal entry into the escalating diplomatic dispute with Belgium, issuing a message of solidarity to the head of the Belgian bishops' conference and other bishops who were detained in the June 24 raid.

He said justice must take its course, but also asserted the right of the Catholic Church to investigate clerical abuse alongside civil law enforcement authorities.

But the Church investigations are now coming to a halt in Belgium.

The raid provoked rage among leaders of the Church, prompting the head of the panel set up by the Catholic Church in Belgium investigating clerical sex abuse to announce the panel will shut down.

Panel chairman Peter Adriaenssens says the authorities betrayed the trust of nearly 500 victims who had made complaints over the past two months. He said Monday the panel had been used as bait by state prosecutors eager to talk to victims who were reluctant to make complaints to police.

This is the first time the pope himself had commented on the raids, and his message to Monsignor Andre Joseph Leonard capped a daily ratcheting up of the Vatican's criticism. On Saturday, the No. 2 Vatican official said the raids were unprecedented even under communism.

Belgium's justice minister defended the searches on Sunday, saying the bishops were treated normally and that the search warrant was fully legitimate.

In the raids, police searched the home and former office of former Archbishop Godfried Danneels, taking documents and his personal computer, just as the country's nine bishops were starting their monthly meeting. The men were held for nine hours and - along with diocese staff - had to surrender their cell phones.

In addition, police opened at least one tomb of a prelate - a violation that has particularly galled the Vatican.

Police and prosecutors have not said if Danneels is suspected of abuse himself or simply had records pertaining to allegations against another person.

Separately, police seized the records of an independent panel investigating sexual abuse by priests, some 500 cases in all. The head of the panel called the raid a huge violation of the privacy of people - mostly men now in their 60s and 70s - who have lived with the shame of abuse.

Benedict said he wanted to write to Belgium's bishops "at this sad moment" to express his solidarity "for the surprising and deplorable way in which the searches were conducted." He noted that the monthly meeting of the bishops was set to discuss clerical abuse.

Belgium's Catholic Church has been stunned following the resignation in April of its longest-serving bishop, Roger Vangheluwe, who stepped down after admitting to having sexually abused a young boy during the time Danneels was archbishop.

The revelation came as hundreds of cases of abuse were being reported across Europe, Latin America and elsewhere, exposing cover-ups by bishops and evidence of long-standing Vatican inaction to stop it.