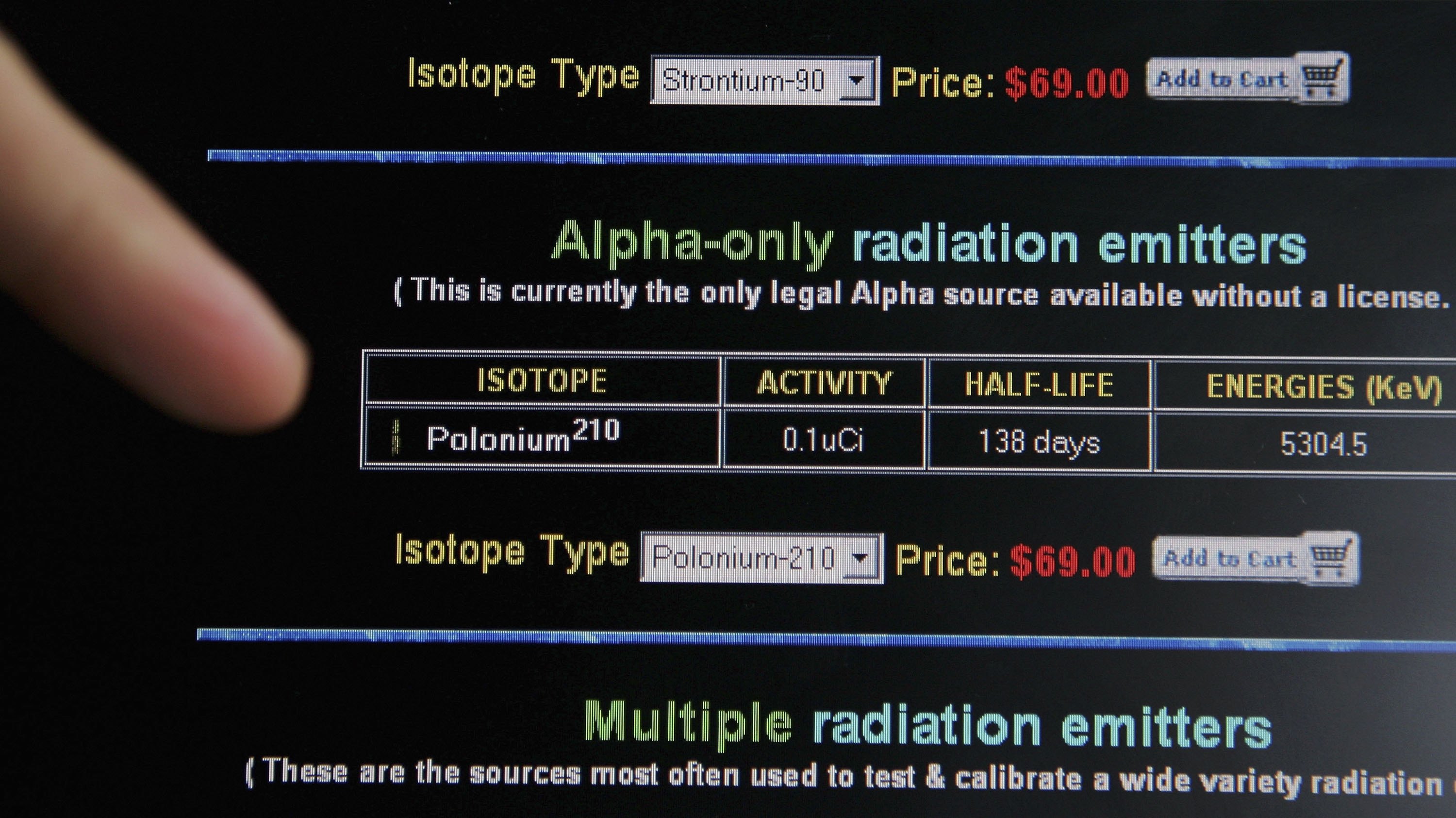 LONDON The deadly radioactive element polonium first hit the headlines when it was used to kill KGB agent-turned-Kremlin critic Alexander Litvinenko in London in 2006.

Scientists at Switzerland's Institute of Radiation Physics said Thursday they've found evidence that Palestinian leader Yasser Arafat was deliberately poisoned with polonium though they don't know if it ultimately killed him.

Arafat died under mysterious circumstances at a French military hospital in 2004 but the Swiss say the amounts of polonium and its byproducts, including lead, that they found in his bones and grave soil could not have been accidental.

Other scientists said the Swiss results were suggestive of poisoning but not definite proof. The Swiss have countered that it might be impossible to get definitive proof since the tests were conducted years after Arafat's death.

Here are some facts about polonium.

Polonium-210 is one of the world's rarest elements, discovered in 1898 by scientists Marie and Pierre Curie and named in honor of her country of origin, Poland. It occurs naturally in very low concentrations in the Earth's crust and also is produced artificially in nuclear reactors. In small amounts, it has legitimate industrial uses, mainly in devices to eliminate static electricity. Polonium is not naturally found in the human body.

HOW DANGEROUS IS IT?

Very. If ingested, it is lethal in extremely small doses. A minuscule amount of the silver powder is sufficient to kill. British radiation experts say once polonium-210 enters the bloodstream, its deadly effects are nearly impossible to stop.

WHERE DOES IT COME FROM?

Polonium can be a byproduct of the chemical processing of uranium, but usually it's made artificially in a nuclear reactor or a particle accelerator. Dozens of countries including Russia, Israel and the U.S. have the nuclear capability to produce polonium. Derek Hill, a radiation expert at University College London, said if there was enough polonium left in the Arafat samples, it might be possible to trace where the element came from - providing more clues about whether Arafat was poisoned.

IS IT UNUSUAL TO FIND POLONIUM IN PEOPLE?

Yes. Alastair Hay, a professor of environmental toxicology at the University of Leeds, said there is no natural amount of polonium you would expect to find in someone - unless they worked in atomic energy plants or dealt with radioactive isotopes. He said it was difficult to explain why Arafat's body had any traces of it.

HOW CAN IT POISON PEOPLE?

CAN SCIENTISTS PROVE THAT ARAFAT WAS POISONED?

Absolute proof is elusive. There have been so few cases of known polonium poisoning that scientists don't know very much about its exact symptoms. Swiss scientists say Arafat had symptoms commonly linked to radiation poisoning, including nausea, vomiting, diarrhea and liver and kidney failure - but not two other classic symptoms, hair loss and a weaker immune system. The Swiss scientists also noted their tests faced several limitations. They had to perform their analyses on very small specimens - such as a single hair shaft or traces of blood and urine. Those tests were also conducted eight years after Arafat's death, so there could have been problems with chemical degradation.

WHO HAS DIED FROM IT?

In addition to Litvinenko's presumed death from polonium poisoning, some speculate that the Curies' daughter Irene, who died of leukemia, may have developed the disease after accidentally being exposed to polonium in the laboratory. Israeli author Michal Karpin has claimed the cancer deaths of several Israeli scientists were the result of a polonium leak at the Weizmann Institute of Science in 1957. Israeli officials have never acknowledged a connection.