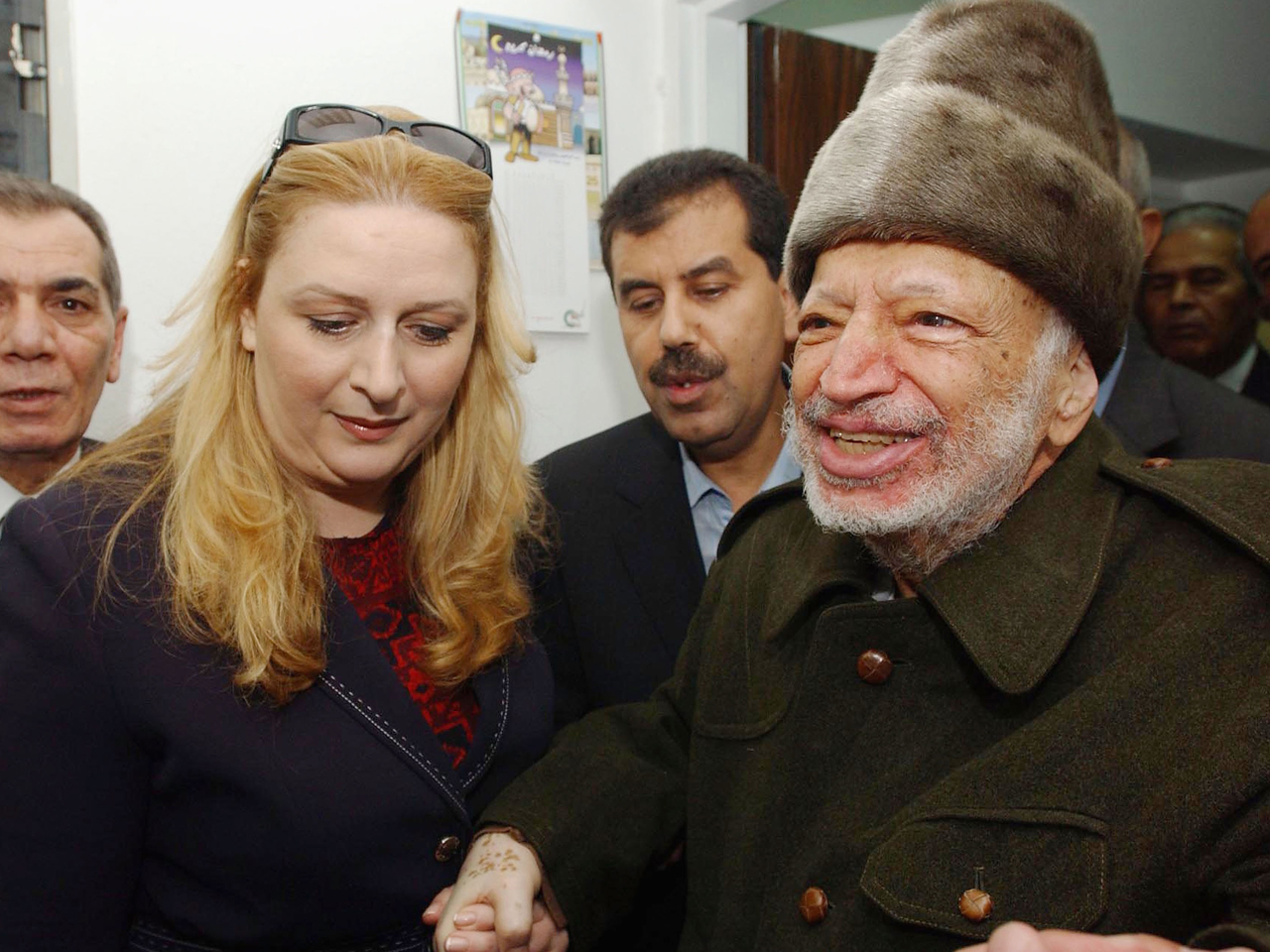 The Swiss lab examined Arafat's remains and his underclothes and a travel bag that he had with him in the days before his death in a Paris hospital and found that the polonium and lead amounts could not be naturally occurring. The timeframe of his illness and death were also consistent with polonium poisoning, they said.

"You don't accidentally or voluntarily absorb a source of polonium -- it's not something that appears in the environment like that," said Patrice Mangin, director of the laboratory, on Thursday. He said he could not say unequivocally what killed Arafat.

The team of experts and scientists at Lausanne University Hospital's Institute of Radiation Physics in Switzerland concluded in their report, published via Al Jazeera on Wednesday that "the results moderately support the proposition that the death was the result of poisoning with polonium-210."

The Swiss scientists are one of three teams studying Arafat's remains at the request of his widow, an undertaking orchestrated by Al Jazeera, the Qatar-based news network. The other two teams are in France and Russia, and their reports have not been made public yet.

Last month, the Swiss team released the results of tests on some of Arafat's personal items, like clothes and combs, and concluded in the British medical journal The Lancet the same thing, namely that their findings "supported the possibility" that he was poisoned.

However, Arafat's widow, Suha Arafat, told Reuters on Wednesday that the latest release "has confirmed all our doubts."

"We are revealing a real crime, a political assassination," she told Reuters in Paris.

Dave Barclay, a U.K. forensic scientist who studied the report on Arafat, told Al Jazeera that their evidence amounts to "a smoking gun."

"The level of polonium in Yasser Arafat's rib...is about 900 milibecquerels," Barclay said. "That is either 18 or 36 times the average, depending on the literature."

While the other two teams studying Arafat's remains haven't made their findings public yet, the head of the Russian forensics team said last month that samples they tested revealed no traces of radioactive polonium. However, the government scientific body later backtracked on that statement, saying it had only handed over the results for analysis.

While Suha Arafat has been careful not to pin blame on any one country, there are few countries in the world that possess polonium-210, and who would know how to use it clandestinely to poison someone. Most famously, Russian dissident Alexander Litvinenko was poisoned with polonium-210 in London in 2006, dying grotesquely in a public way in a matter of days. While Litvinenko himself blamed Vladimir Putin on his deathbed, there is still no certainty as to who killed him.

Raanan Gissin, a former Israeli government spokesman, the Associated Press on Wednesday that his government had no role in Arafat's death.

"It was a government decision not to touch Arafat at all," he said, adding that "if anyone poisoned him, it could have been someone from his close circle."