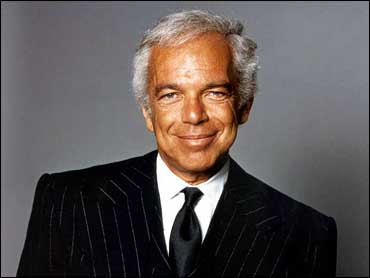 Forced to spend up to a third of their annual income on Ralph Lauren fashions to keep their jobs, Polo employees are suing the fashion giant for its uniform policy.

The complaint was filed Wednesday by Toni Young on behalf of other unnamed plaintiffs and claimed Ralph Lauren's Polo stores require sales representatives to purchase and wear the latest clothing line from the retailer.

Calling the employees "captive customers", Young's attorney Patrick Kitchin said she has spent more than $35,000 over five years on Polo clothing to meet the retailer's uniform requirement. Young, a sales associate with Polo's San Francisco store since 1997, makes approximately $22,000 a year, Kitchin said. Of that, Young spent between $8,000 and $10,000 on Polo fashions.

A spokeswoman for Polo Ralph Lauren in New York said the company does not comment on pending litigation.

"Polo has created an unfair advantage against other employers by wardrobing,
Kitchin said.

"Defendants require all retail sales associates in their employment to purchase Polo Ralph Lauren clothing and accessories as a condition of their employment," said the court documents.

It was unclear from the complaint how much the sales representatives earned, though the court document said "sales associates, including the plaintiff, are paid low wages."

According to the court document, Polo maintains its uniform policy "to give (it) a competitive advantage over other designers and retailers.... The policy is also meant to deliver (Polo's) current fashion message to the public."

Attorneys for Ralph Lauren and the complainants could not immediately be reached for comment.

The suit is just the latest legal difficulty for the apparel designer and retailer. Earlier this year the Equal Employment Opportunity Commission accused the billion-dollar company of racial discrimination.