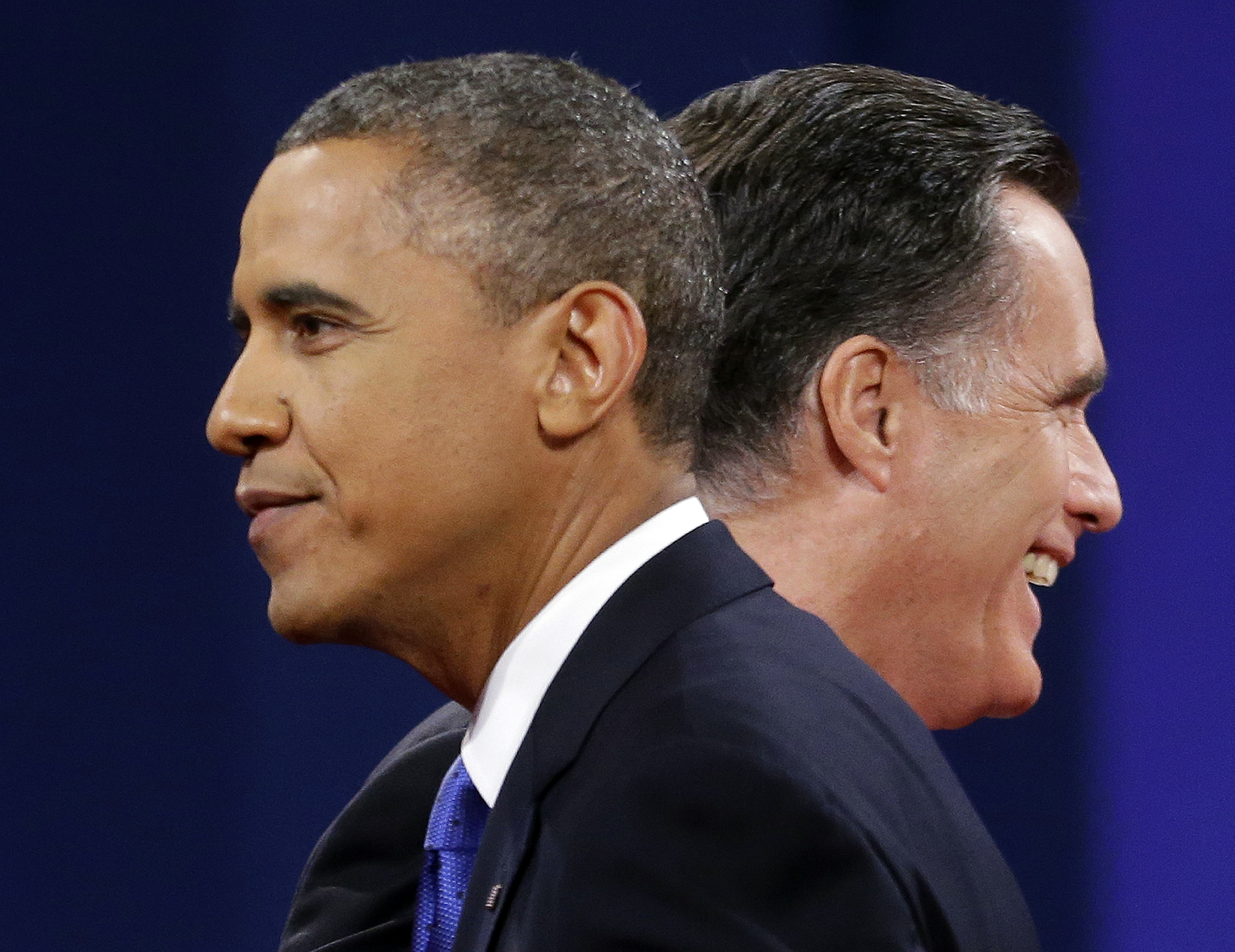 Five days from the election, the presidential race remains incredibly close, according to a series of national and state polls released yesterday and today.

Two national polls released last night showed a tied race. The latest numbers from the Washington Post/ABC News tracking poll have President Obama and GOP nominee Mitt Romney tied at 49 percent among likely voters. The WaPo/ABC poll surveyed 1,288 likely voters and had a margin of error of plus or minus three points. Responses gathered in areas affected by Hurricane Sandy after the storm made landfall, according to ABC News, "are in accord with comparable data from nights before the storm struck."

The WaPo/ABC poll also showed that a large majority (78 percent) of Americans rate Mr. Obama's response to the hurricane favorably, while only eight percent score the president's response negatively.

And last night's Fox News national poll of likely voters further affirms that the race is a dead heat, with both candidates earning the support of 46 percent of respondents. The Fox poll surveyed 1,128 likely voters and had a margin of error of plus or minus three points. Fox News noted that "Interviews in areas affected by Hurricane Sandy were completed before Monday evening, when the hurricane made landfall."

Meanwhile, a slew of new state polls paint a similar picture, with the candidates deadlocked in some surveys and President Obama nursing a slim advantage in others.

A pair of new Wisconsin polls show divergent momentum, with Romney gaining ground in one survey but losing ground in another. The latest Wall Street Journal/NBC News/Marist poll of likely Wisconsin voters, shows the president with a slim and diminished lead, besting Romney 49 to 46 percent. The last Wisconsin poll from WSJ/NBC/Marist, released in mid-October, showed the president with a five-point advantage.

In contrast, a Marquette University poll of Wisconsin voters shows the president reopening a fairly strong lead over Romney, with 51 percent of respondents supporting Obama and only 43 percent supporting Romney. The last Marquette poll showed the candidates virtually tied, with Obama at 49 percent and Romney at 48 percent. Both Wisconsin surveys had a margin of error of plus or minus three points.

The latest WSJ/NBC/Marist poll from Iowa shows the president ahead by six points among likely voters, 50 to 44 percent. The poll was conducted October 28 and 29, and had a margin of error of plus or minus three points.

And new WSJ/NBC/Marist numbers out of New Hampshire show a close race, with the president holding a statistically insignificant lead over Romney, 49 to 47 percent, among likely voters. The poll was conducted October 28 and 29, and had a margin of error of plus or minus three points.

A new Franklin & Marshall poll in Pennsylvania also shows the president in the lead, though not by much - he outpaces Romney among likely voters in the Keystone state by four points, 49 to 45 percent. The Franklin & Marshall survey was conducted between October 23 and 28, and had a margin of error of plus or minus four points.

A Roanoke College poll of Virginia's likely voters shows Mitt Romney with a five-point lead over the president, 49 to 44 percent. The results contrasted with the latest Quinnipiac/CBS News/New York Times poll of Virginia voters, which showed the president ahead of Romney by two points, 49 to 47 percent. Roanoke interviewed 638 likely voters between October 23 and 26. The poll's margin of error was plus or minus 3 points.

And finally, in all-important Ohio, the race remains very close, according to a poll from the University of Cincinnati - 48 percent of respondents supported the president while 46 percent supported Romney. Obama's two point edge in the poll is slightly smaller than his five point lead in latest Quinnipiac/CBS News/New York Times Ohio poll, which had the president ahead 50 to 45 percent. The University of Cincinnati poll surveyed 1,182 likely voters between October 25 and 30 and had a margin of error of plus or minus 2.9 points.