President Obama is expected to announce that he will send additional U.S. troops to Afghanistan during his address Tuesday night -- something just a third of the public supports.

(CBS)
According to the latest CBS News Poll conducted November 13-15, slightly more, 39 percent, would like to say the number of troops decreased, and 20 percent want troop levels kept the same.

As was the case with the war in Iraq, views on sending more troops are influenced by partisanship: half of Republicans support a troop increase, but just 17 percent of Democrats do. 34 percent of independents think troops should be increased.

The president will need to convince Americans that sending more troops will improve what most Americans consider to be a bad situation there. Sixty-nine percent of Americans told the CBS News Poll that things are going badly for the U.S. in Afghanistan, and just twenty-three percent -- the lowest measured by this poll -- think things are going well. 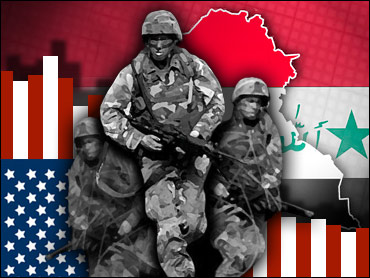 (CBS/AP)
Some have compared the situation in Afghanistan to U.S. involvement in Iraq, which lost public support amid sustained perceptions that the war was going badly for the U.S.

While the public's assessments of the situation in Iraq have improved in recent months, during 2007 just a quarter to a third of Americans thought it was going well for the U.S. -- similar to current evaluations of Afghanistan. In June 2007, just 22 percent thought the war in Iraq was going well, the lowest assessment of the war.

HOW ARE THINGS GOING FOR THE U.S. IN IRAQ?

As a new "surge" of added troops were deployed to Iraq in early 2007, the percentage of Americans that thought the U.S. should send more troops hovered around a quarter; later that year, it dropped to just over one in ten. In April 2007, just one in four Americans thought the surge of 20,000 more troops to Iraq would make things better.

But since then there has been a shift in views of the Iraq war. The 2007 surge appeared to calm some of the violence there, and by early 2008 views of the war in Iraq became more positive. For more than a year, more than half the public has thought things are going well for the U.S. in Iraq.

Once again, Americans are being asked to support sending additional U.S. troops to fight a war they think is going badly. And although just a minority of the public supported that course of action in Iraq, a year later the public's assessments of the war in Iraq have become much more positive.

It remains to be seen whether or not sending more troops to Afghanistan will lead to a similar improvement in public assessment of the conflict in that country.

You can watch the speech on your CBS station at 8 p.m. ET or online at CBSNews.com.

Sarah Dutton is the CBS News director of surveys. Poll Positions is weekly Hotsheet feature on polling trends from the CBS News Survey and Polling Unit. Click here for more posts from the series.
View CBS News In