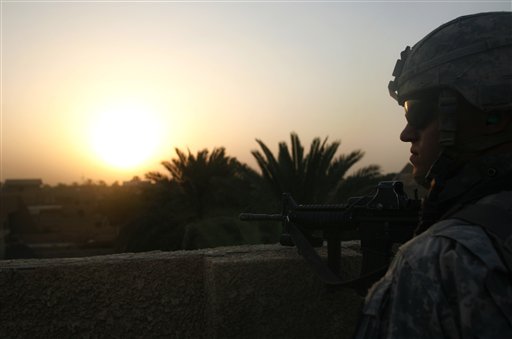 Support among Americans for the U.S. led military attacks against Afghanistan targets is so strong that many Americans think not even the death or capture of Osama bin Laden should stop the anti-terrorist offensive, according to the latest CBS News Poll.

Sunday's start of U.S.-led attacks on Afghanistan made as many Americans more secure as it made more worried, but the public is more likely now than it was a few weeks ago to think another terrorist attack in the U.S. is very likely.

The attacks also pushed approval ratings of President Bush even higher, with 90 percent now approving of his overall performance, and 92 percent approving of his handling of the attacks. Most Americans reject public criticism of his decisions in military matters as inappropriate, though a majority says that, even now, it's okay to criticize the President when it comes to economic and domestic policy.

Eighty-seven percent approve of the U.S.-led attacks on targets in Afghanistan — and only six percent say they disapprove of them. Not only is there overwhelming support for the action, but six in ten Americans also say the timing was right. Twice as many would have started the attack sooner as would have waited longer.