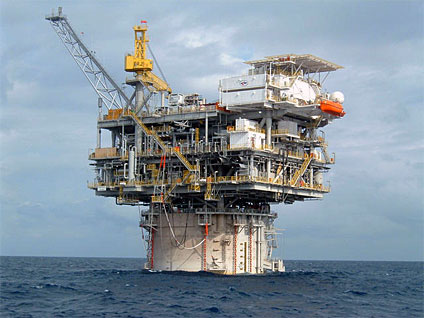 In the wake of the growing environmental disaster brought about by the oil leak in the Gulf of Mexico, Americans have turned far less supportive of increased drilling for oil and natural gas off the U.S. coastline, according to a new CBS News survey.

Forty-six percent of Americans now say the support offshore drilling - a 16 point drop from the 64 percent who backed such drilling back in July of 2008, when "drill, baby, drill" was an oft-chanted Republican campaign slogan.

Forty-one percent, meanwhile, say the costs and risks of offshore drilling are too great - up from 28 percent in the summer of 2008.

The Obama administration ended the moratorium on new offshore drilling off some coastal areas prior to the collapse of the Deepwater Horizon oil rig site, though no new drilling had yet been authorized. It has vowed not to authorize new drilling until the cause of the Gulf leak is clear.

Meanwhile, a carefully-crafted climate and energy bill may stall in the Senate in part because even those Republicans open to the legislation are unlikely to back a bill that does not include expanded offshore drilling. The spill has prompted some Democrats to come out strongly against including expanded drilling in the bill.

The survey suggests a correlation between opinions on increased offshore drilling and party identification. Sixty-three percent of Republicans still favor new drilling, while 29 percent say the costs and risks are too great.

By contrast, just 34 percent of Democrats back increased drilling, while 55 percent oppose it. (Independents are nearly split, with 45 percent in favor and 39 percent opposed.)

Special Section: Gulf Coast Oil Disaster Gulf Oil Spill, by the Numbers This poll was conducted among a random sample of 855 adults nationwide, interviewed by telephone May 6-9, 2010. Phone numbers were dialed from random digit dial samples of both standard land-line and cell phones. The error due to sampling for results based on the entire sample could be plus or minus three percentage points. The error for subgroups is higher. This poll release conforms to the Standards of Disclosure of the National Council on Public Polls.