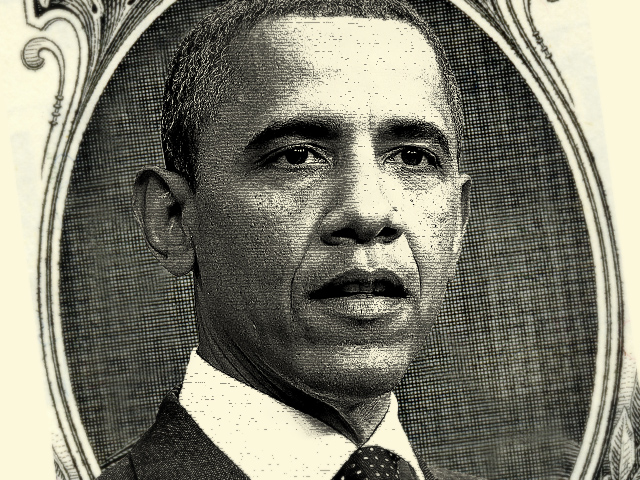 For months, lawmakers in Washington have warned of the dire consequences of going over the so-called "fiscal cliff" - and the public has been listening.

More than nine in 10 Americans expect economic problems if Washington doesn't avert the "cliff," according to a new CBS News poll, conducted Dec. 12-16. A majority expects "major problems" for the U.S. economy.

The "fiscal cliff" refers to a series of tax hikes and spending cuts set to go into effect next year. Current income tax rates, first enacted during the Bush administration, are set to expire, meaning all Americans could see an income tax hike if Congress doesn't act. The 2 percent payroll tax cut that Mr. Obama instituted is also set to expire. On the spending side, $1.2 trillion in cuts to both defense and non-defense programs are set to kick in on January 2 unless Washington acts.

Going over the "fiscal cliff" would result in significant deficit reduction, but economists agree that going over the "cliff" would likely send the nation into another recession. The "cliff," meanwhile, would be more accurately described as a "slope," since it wouldn't all go into effect at once.

President Obama and House Speaker John Boehner are engaged in serious negotiations over an economic package of spending cuts and revenue increases with which to replace the "fiscal cliff." Boehner, meanwhile, has put forward a "plan B" to enact before the year is up if a deal isn't reached, which would just extend the current income tax rates for income over $1 million.

According to the poll, just half of Americans think Congress and the White House will reach a deal, though Democrats are more optimistic than Republicans.

Americans want to see both sides compromise to avoid the fiscal cliff - 78 percent say Mr. Obama and Democrats should compromise, while 81 percent say Republicans should.

As negotiations over the fiscal cliff continue, three in 10 Americans are following news about those talks very closely, and another four in 10 are following it somewhat closely.

Raising taxes on those with incomes of $250,000 or more is by far the most popular of the deficit-reduction measures tested in the poll; it is the only one that receives majority support. Americans are divided on reducing government services and programs that benefit people like themselves; 45 percent favor that, while 48 percent oppose it.

Views of the parties, Washington

The two key figures in the negotiations, President Obama and House Speaker John Boehner, elicit different views from the public. The president's personal favorability is at 49 percent and higher than negative views of him (34 percent). The speaker is, unsurprisingly, less well-known. Most Americans (57 percent) have no opinion of him. Those that do give him unfavorable marks by three-to-one.

Views of the two parties have diverged a bit lately: The percentage of Americans with a favorable view of the Democratic Party has ticked up since the fall, from 49 percent to 51 percent. Favorable views of the Republican Party, meanwhile have decreased, from 36 percent last fall to 31 percent.

Right now Republicans get nearly twice as much blame for general gridlock in D.C. as Mr. Obama and the Democrats. One in five blames both sides equally. This hasn't changed dramatically since the election. As one might expect, views on who is to blame break sharply along partisan lines, but independents blame Republicans more.

Similarly, few are enthusiastic or even satisfied about the way things are going in Washington. Most - 54 percent - are dissatisfied and another 21 percent are outright angry. This also hasn't changed much in the last year.

The economy and jobs

Compared to just a few months ago, fewer Americans (now 30 percent) are worried about a job loss in their household. Views of the economy overall have remained steady in the last few months, and are more positive than they were a year ago. Similarly, about a third of Americans think the economy is improving, also unchanged recently and more optimistic than last December.

Personally, a third of Americans expect next year to be more prosperous for their family than this year, nearly twice the number who thinks it will be less prosperous. But a majority of Americans, 57 percent, still see the country as headed on the wrong track.

Overall, the president stands at 57 percent approval today, up from before his re-election win. Historically, some presidents have seen a rise in approval ratings after winning a second term.

On the specific issue of Mr. Obama's handling of the economy, voters are split, 47 percent to 47 percent. He receives very positive marks on terrorism, as has been the case through most of his first term.

Congress continues to receive dismal ratings from the American public. Eighty-one percent disapprove of the job Congress is doing, up six points from before the election. A mere 11 percent approve.

Historically, Congressional approval has never been very high, but the 112th Congress has received some of the most negative ratings since CBS News began asking about Congress' performance in 1977. The current Congress' highest approval rating was 24 percent, just shortly after this term began, and its lowest rating was 9 percent, reached twice in the fall of 2011.

Outgoing Secretary of State Hillary Clinton, rumored to be considering a 2016 presidential bid, receives positive ratings from the Americans public. Fifty-five percent view her favorably. These ratings are similar to what they were in 2009.

Americans do not currently support U.S. engagement in Syria. Sixty-two percent say the U.S. does not have a responsibility to do something about the fighting there; just 27 percent think the country has such a responsibility. Americans across the political spectrum hold similar views on this.

More than half are following news about the violence in Syria closely, but just 18 percent are following it very closely. More Americans are paying attention to the "fiscal cliff" debate in Washington.