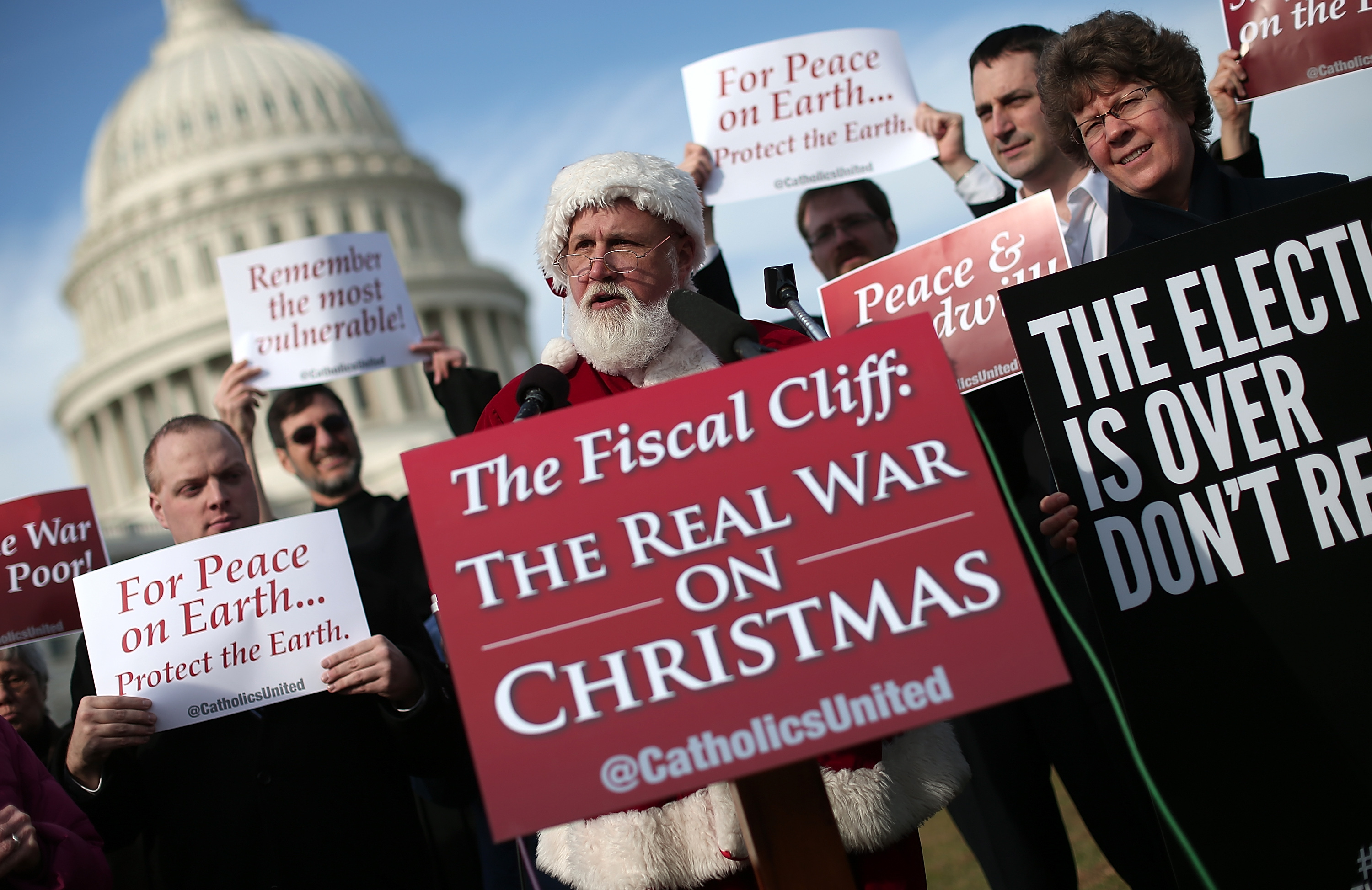 President Obama gave up Monday on his demand for higher taxes on households earning $250,000 and upped it to $400,000 while embracing smaller cost-of-living Social Security raises in a counter-proposal to House Speaker John Boehner meant to narrow differences and forge a pre-Christmas "fiscal cliff" deal.

Mr. Obama and Boehner met for nearly an hour in the Oval Office on Monday and sources familiar with the talks released specific details of the White House proposal.

Boehner aides said it brought the two sides closer but said a deal was not at hand.

"Any movement away from the unrealistic offers the President has made previously is a step in the right direction, but a proposal that includes $1.3 trillion in revenue for only $930 billion in spending cuts cannot be considered balanced," said Brendan Buck, a Boehner spokesman.

Other senior Republican aides told reporters on Capitol Hill they are not rejecting the latest White House offer, but they also said that there is not parity or balance in the White House plan and substantive issues remain unresolved. One senior aide said the issues that they are talking about are not technically difficult to resolve, but they were wary the differences might be fundamental issues that are difficult to resolve.

But the depth, specificity and fine-grain nature of discussions over policy, tax revenue and spending cuts belied the tough rhetoric from the two sides in the negotiation. Signs point to a deal before the New Year's fiscal cliff deadline -- and possibly an announcement as early as Wednesday.

Talks picked up genuine momentum on Friday when Boehner agreed to higher income tax rates on households earning $1 million and above. Previously, Boehner opposed all income tax increases. He also gave in on raising the debt ceiling, a vote some Republicans wanted to use as leverage against Obama in 2013. Both gestures, top White House aides said, broke the logjam.

Mr. Obama responded with big concessions of his own on Monday. He offered a $400,000 income threshold for a Clinton-era top tax bracket of 39.6 percent. Boehner had proposed that tax rate for millionaires and a total 10-year tax revenue figure of $1 trillion. Obama wants $1.2 trillion in new revenue. Both sides look for hundreds of billions in new revenue in 2013 through a tax reform process that eliminates some tax deduction and closes loopholes.

The president also wants a two-year ceasefire on raising the debt ceiling. Boehner offered one year.

In addition to disagreement on income levels for tax rates or some other way to get more revenue, the two sides have not set in stone an actual tax reform process. It sounds like they are talking about creating a new sequester-like mechanism in 2014 as incentive for both tax reform and entitlement reforms.

Other components of the president's counter-proposal include:

Both sides have already agreed to create long-term solutions for the annual ritual of adjusting the Alternative Minimum Tax, the reimbursement formulas for Medicare physicians and a grab-bag of pro-business tax breaks.

Obama also did not ask for an extension of the temporary 2 percent payroll tax cut - a priority for some Democrats.

Funding for Superstorm Sandy will be handled separately from the emerging fiscal cliff package. The Senate is considering the administration's $60.4 billion request and the White House expects swift, bipartisan approval.