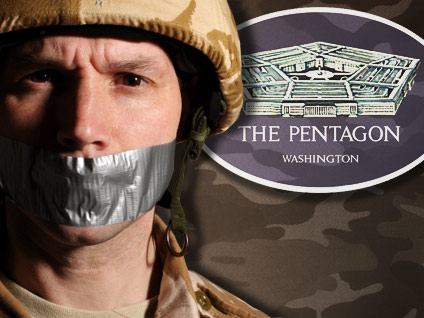 With repeal of the military's "don't ask, don't tell" policy being hashed out in both Congress and the courts, a majority of Americans tell say they support allowing gays and lesbians to serve openly, according to a new CBS News poll.

Support has dropped eight points since August, when 64 percent said they supported allowing gays and lesbians to serve openly. (It now stands roughly where it did in February.) Since the August poll, Senate Republicans blocked efforts to set the stage for a legislative repeal of the policy and a district judge ordered that the policy no longer be enforced, a ruling being appealed by the government.

The Obama administration favors repeal of the policy but says it should come from Congress, not the court system or executive order. The decision that the policy can no longer be enforced has prompted discharged gay troops to reenlist, though their status could change as courts rule on the issue. The Pentagon has instructed gay troops who are currently serving to stay in the closet for now.

The new poll, taken between October 6th and 8th, found that 56 percent of Americans favor allowing gays and lesbians to serve openly, while 31 percent oppose letting them do so.

Women also widely favored allowing gays and lesbians to serve openly, 63 percent to 26 percent. Men were in favor by a narrower margin, 49 percent to 37 percent.

That level of support represents a six-point drop from August, when 75 percent favored gays and lesbians serving -- though it is roughly even with the level of support found in a February poll.

This poll was conducted among a random sample of 804 adults nationwide, interviewed by telephone October 6-8, 2010. Phone numbers were dialed from RDD samples of both standard land-lines and cell phones. The error due to sampling for results based on the entire sample could be plus or minus four percentage points. The error for subgroups is higher. This poll release conforms to the Standards of Disclosure of the National Council on Public Polls. Brian Montopoli is a political reporter for CBSNews.com. You can read more of his posts here. Follow Hotsheet on Facebook and Twitter.