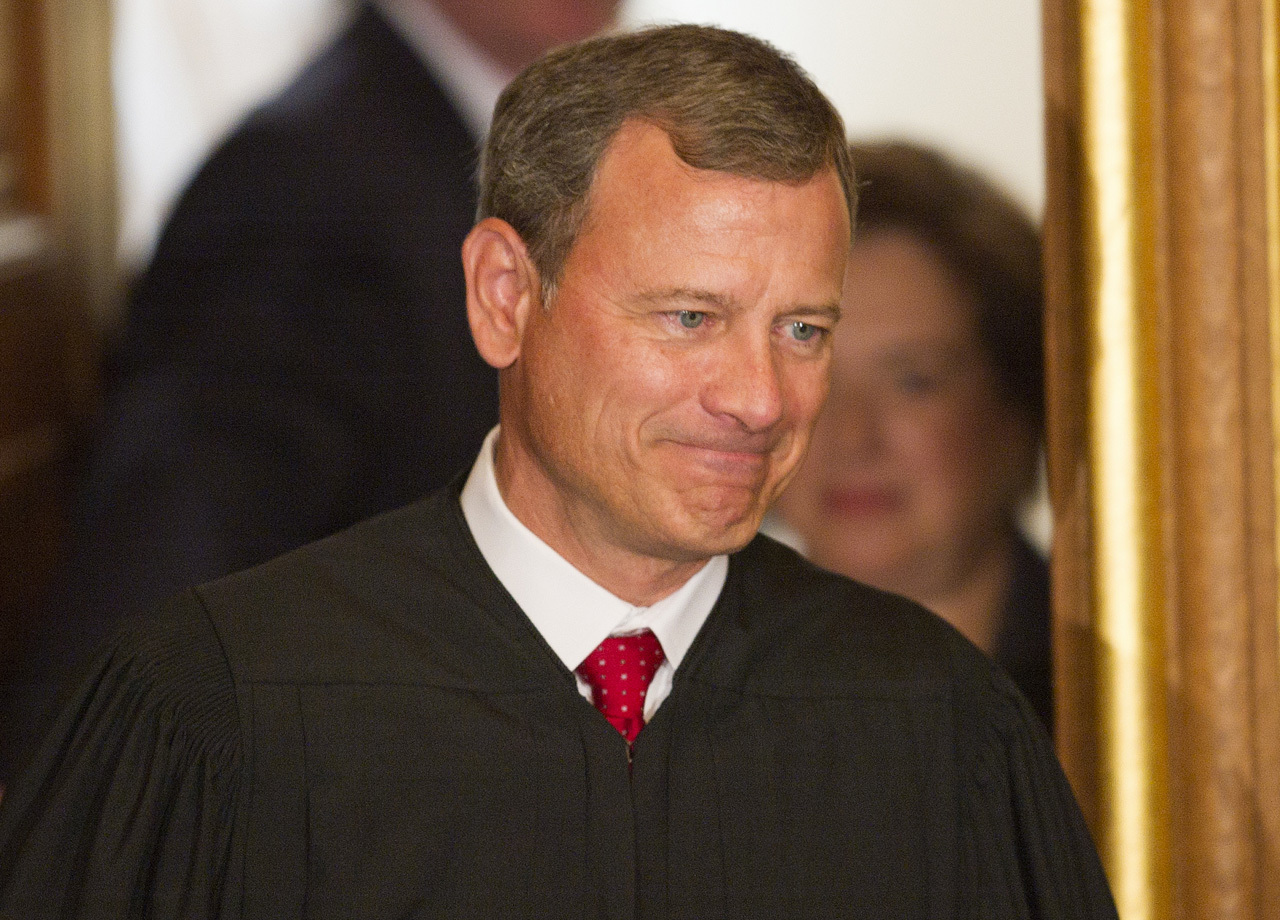 (CBS News) Most Americans are unfamiliar with Supreme Court Chief Justice John Roberts or have no opinion of him. However, in the wake of Roberts' decision to side with liberals on the court and uphold President Obama's health care law, a new CBS News/ New York Times poll shows that the conservative justice is more popular among liberals than conservatives.

Overall views of the Supreme Court have declined slightly in the aftermath of the health care ruling. Among Americans overall, voters are now split, with 41 percent who approve of the court and 41 percent who disapprove. Another 18 percent have no opinion or don't know. In May of this year, 44 percent approved while 36 percent disapprove.

Among Republicans and conservatives, more now disapprove of the job the Supreme Court is doing (52 percent) than did so before the landmark ruling (35 percent). The views of Democrats and independents changed little.

The public is divided on the Supreme Court decision itself: 46 percent think the decision to uphold most of the law was a good thing, while 41 percent think it was bad.

While views on the decision may be mixed, more than half of Americans (53 percent) think the court's decision was based mostly on personal and political views, rather than legal analysis. Majorities of Republicans and independents hold this view, but Democrats are split.

As to what Congress should do about the health care law, a third of Americans say it should be kept as is or expanded, 27 percent think only the individual mandate should be repealed, while 34 percent would like Congress to repeal the entire law.

Politically, 55 percent of voters say the court's ruling will make no difference in their vote for president this November. Among those for whom it matters, 28 percent say the ruling makes them more likely to vote for Romney, while 13 percent say it makes them more likely to back Mr. Obama. The issue of the court's ruling on health care is more of a motivator for Romney supporters than it is for those who are backing the president.

When it comes to another policy debate - whether or not to extend President Bush's 2001 and 2003 tax cuts - the poll found that 49 percent of Americans agree with Mr. Obama that they should be extended for households earning less than $250,000. Another 27 percent would like to see the tax cuts extended for everyone, while 17 percent want them to expire for all. Americans' views were largely the same when CBS News asked this question in a November 2010 poll.

There are differences by party, with most Democrats and nearly half of independents supporting the president's proposal, while a plurality of Republicans want the tax cuts continued for everyone.