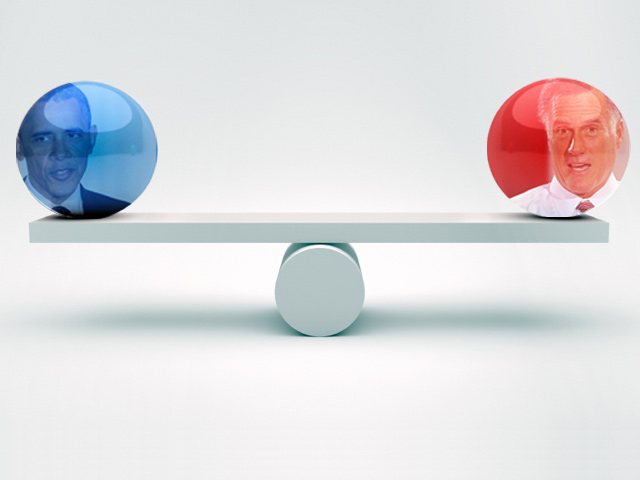 (CBS News) President Obama and Mitt Romney are effectively tied in the race for the presidency, according to a new CBS News/New York Times survey.

Forty-seven percent of registered voters nationwide who lean towards a candidate back Romney, while 46 percent support the president. Four percent are undecided. The 1 percentage point difference is within the survey's three-point margin of error.

The president's supporters are more likely to strongly back their candidate. Fifty-two percent strongly favor Mr. Obama, while just 29 percent of Romney voters strongly back the presumptive Republican nominee.

More than one in three Romney voters say they are supporting Romney primarily because they dislike Mr. Obama. Only eight percent of Obama supporters say their support for the president is tied to their dislike of Romney.

One in five registered voters with a candidate choice said they still might change their mind. The percentage of those willing to switch was essentially the same for both candidates.

Both candidates have net unfavorable ratings. Forty-eight percent of registered voters view the president unfavorably, while 36 percent view him favorably. Romney is viewed unfavorably by 36 percent and favorably by 32 percent. Nearly one in three say they do not yet have an opinion about the presumptive Republican nominee.

Two in five Americans say they are very concerned someone in their household will lose their job.