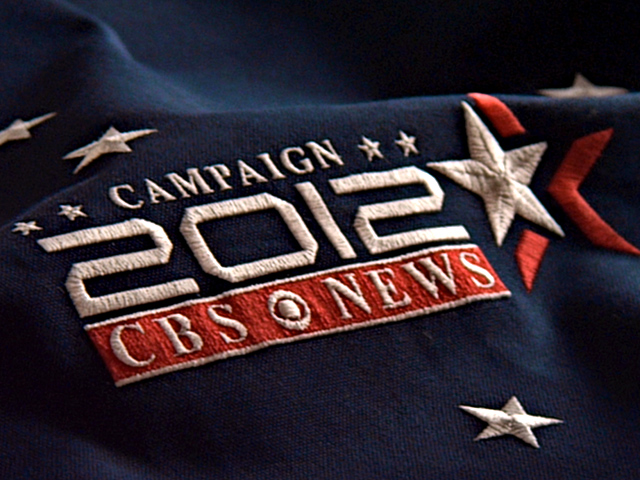 As buzz in the media about who Mitt Romney's running mate will be hits a fever pitch, 74 percent of registered voters said that a candidate's VP choice matters a lot or somewhat. Twenty-six percent of registered voters said the choice matters a lot to their vote, while 48 percent said it matters somewhat. Twenty-five percent said it doesn't matter at all.

Meantime, three and a half months before election day, Republican enthusiasm about voting this year has shot up since Mitt Romney clinched the nomination in April, from 36 percent of Republicans saying they were more enthusiastic in March to 49 percent now.

President Obama was helped to election in 2008 by a wave of voter enthusiasm among Democrats, however this year, Democratic enthusiasm is down a bit since March. Twenty-seven percent of Democrats said they were more enthusiastic about voting this year than they were in past elections, compared to 30 percent four months ago. And 48 percent of Democrats say their enthusiasm this year is the same as past elections, compared to 39 percent who answered the same question in March.

Independent voters' enthusiasm is also up with 29 percent saying they're more enthusiastic now from 22 percent four months ago.

Overall, voters aren't as enthusiastic about this year's election as they were in 2008. Just 33 percent of all registered voters said they were more enthusiastic this year than they were for past elections, compared to 41 percent in March 2008.

As for the direction of the country, voters are growing increasingly more pessimistic, however.

Sixty-four percent of those polled think the country is on the wrong track, up from 62 percent in May.

More results from this poll will be released Wednesday at 6:30 p.m. ET.

This poll was conducted by telephone from July 11-16, 2012 among 1,089 adults nationwide, including 942 registered voters. Phone numbers were dialed from samples of both standard land-line and cell phones. The error due to sampling for results based on the entire sample and the sample of registered voters could be plus or minus three percentage points. The error for subgroups may be higher. This poll release conforms to the Standards of Disclosure of the National Council on Public Polls.

20 years after 9/11, most see some success in efforts against terrorism
More
Steve Chaggaris