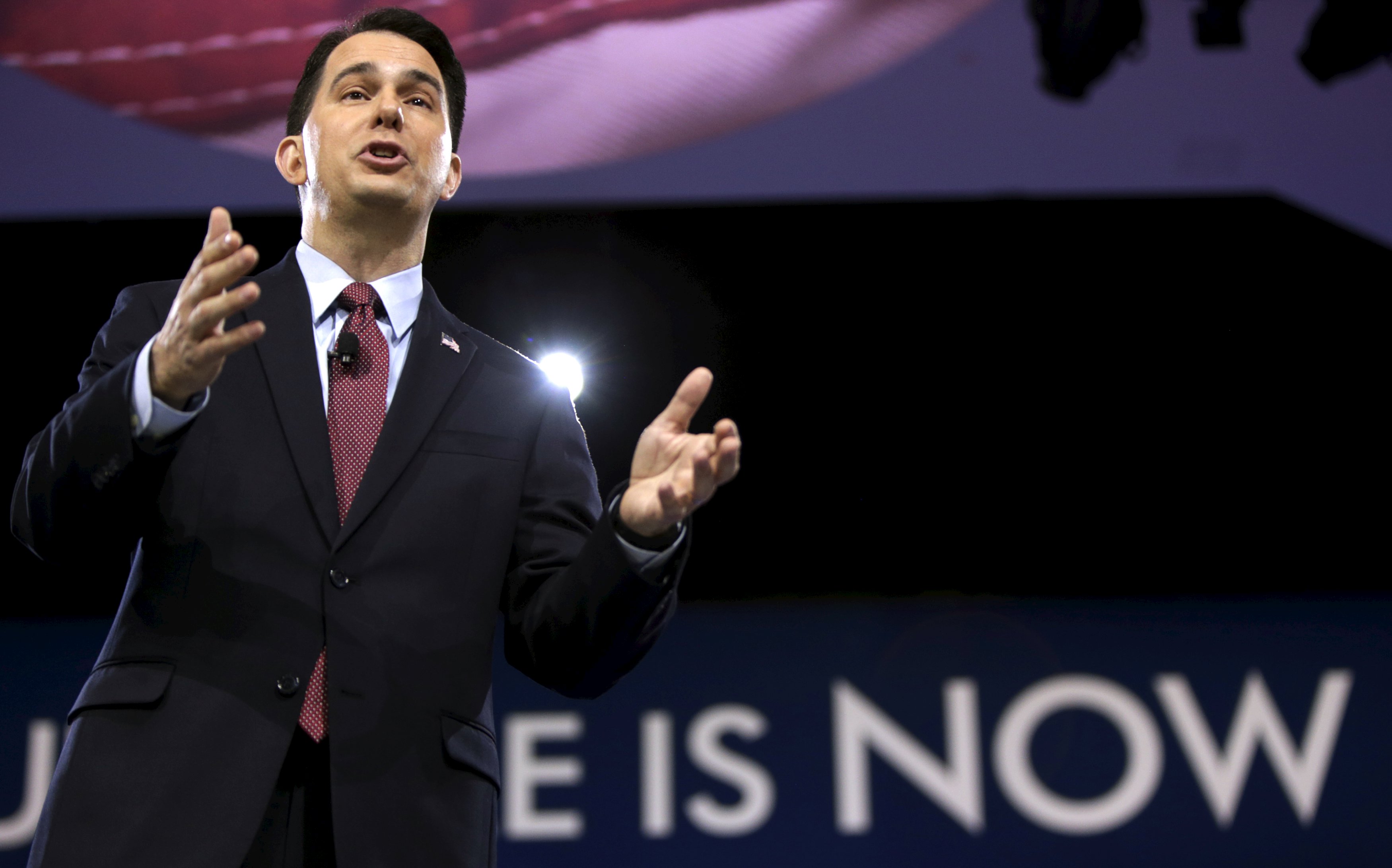 "I am proud to endorse Ted Cruz," Walker told radio host Charlie Sykes on Tuesday. "After a lot of thought, a lot of time, a lot of prayer about this, I just really decided that after all these years of the Obama-Clinton failures, that it's time that we elect a strong, new leader and I've chosen to endorse Ted Cruz to be the next president of the United States."

He said he's endorsing Cruz because Walker said he's a constitutional conservative, he's not afraid to take on special interests and then for one practical reason.

"I just fundamentally believe that if you look at the facts and you look at the numbers, that Ted Cruz is [in the] best position by far to both win the nomination of the Republican Party and to then go on and defeat Hillary Clinton in the fall this year," he said.

Walker had laid low up after ending his own presidential campaign after just 71 days. Initially thought of as an early front-runner for the nomination, he failed to gain traction in a crowded primary field after two lackluster debate performances.

In his speech announcing he would suspend his campaign, Walker said he was "being called to lead by helping to clear the field" before encouraging others to drop out in order for a "positive conservative alternative to the current front-runner" to emerge.

That front-runner was Donald Trump, who remains the favorite to win the Republican nomination after months of primary contests that have winnowed the field but left him on top.

Trump preempted Walker's announcement Monday night with a tweet jabbing the governor and reminding everyone of the other candidates who have also left the race.

Whether Walker's endorsement will ultimately help Cruz is debatable. The Wisconsin governor currently has an approval rating of 39 percent statewide, with 55 percent viewing him negatively.

Julia Azari, an associate professor of political science at Marquette University, says Walker's endorsement would normally carry weight, but this cycle has been different.

"One of the things we have seen this year is that endorsements have not been very strong signals to primary voters" Azari said. He added that the endorsement wouldn't be "terribly impactful" because "it doesn't seem like much of a decision" for Walker, given that there are just three candidates remaining in the race.

However, Azari noted Walker's support could help Cruz in southeastern Wisconsin, where there is a large conservative base in the suburbs surrounding Milwaukee. This is where Walker has deep roots, compared to the north or western parts of the state.

On Monday, when asked about the possibility of Walker's endorsement, Cruz said he "was a big fan" of the Wisconsin governor and would welcome his support. Cruz pointed out Walker's fight with public-sector unions "inspired people all over the country" and triggered a recall election which he ultimately won.

"What we need in Washington is more of that same courageous fight for principle that Scott Walker demonstrated here in Wisconsin," Cruz said.