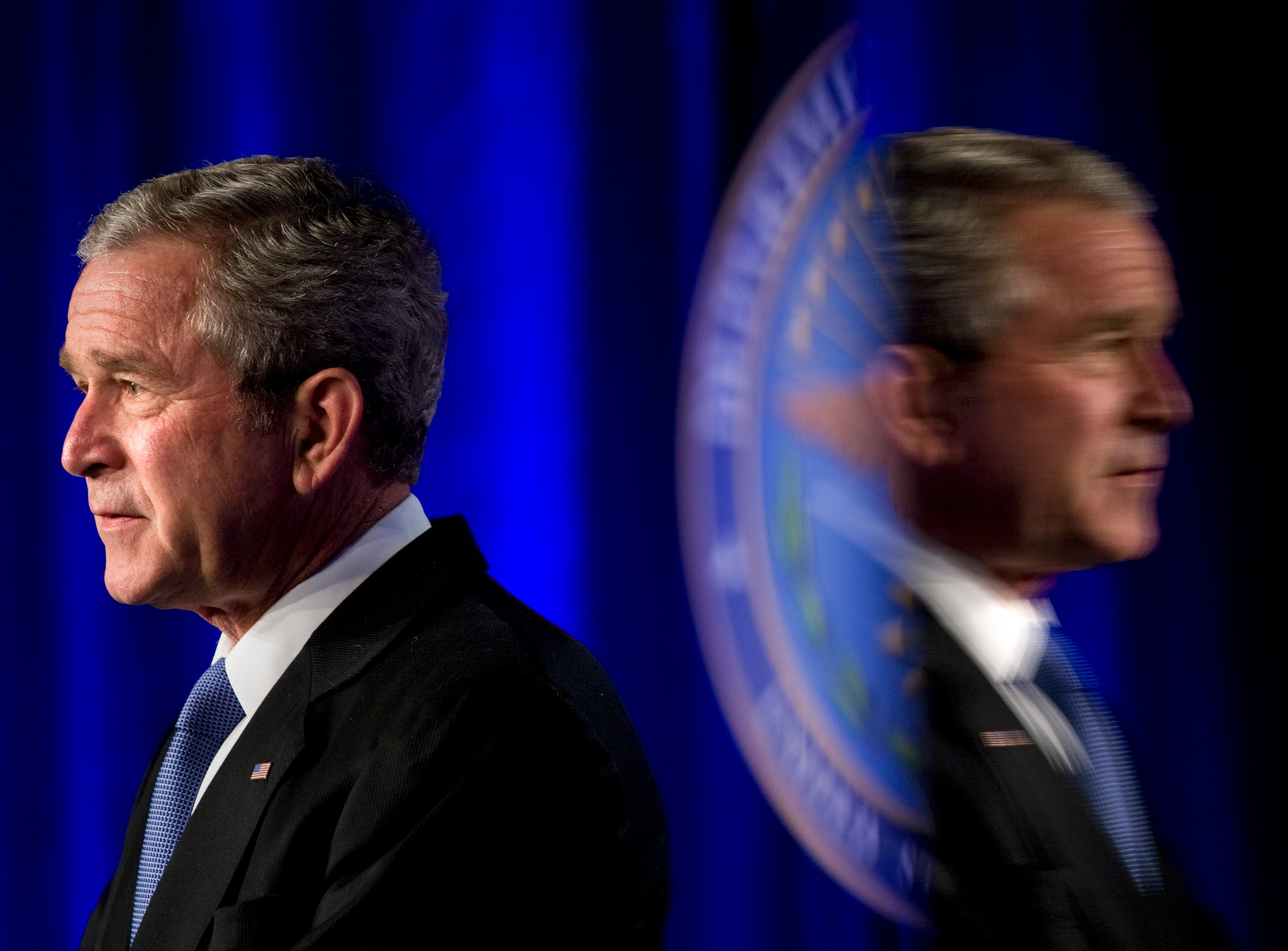 Forty-seven percent of Americans say they now approve of the former president, while 53 percent disapprove, according to the poll, which surveyed 1,000 adults from April 17-21. Mr. Obama's approval rating also stands at 47 percent.

Mr. Bush left office under a cloud of controversy, taking blame from the public for the 2008 financial crash, the Iraq war and his handling of Hurricane Katrina in 2005. In an Oct. 2008 Washington Post poll, his approval rating was as low as 23 percent. By January 2009, when he left office, just 33 percent approved while 66 percent disapproved.

The former president's improved public image demonstrates how time out of office, and out of the public eye, can help bolster a politician's popularity. Mr. Bush may also get to refurbish his image with the opening of his presidential library this week on the campus of Southern Methodist University in Dallas.