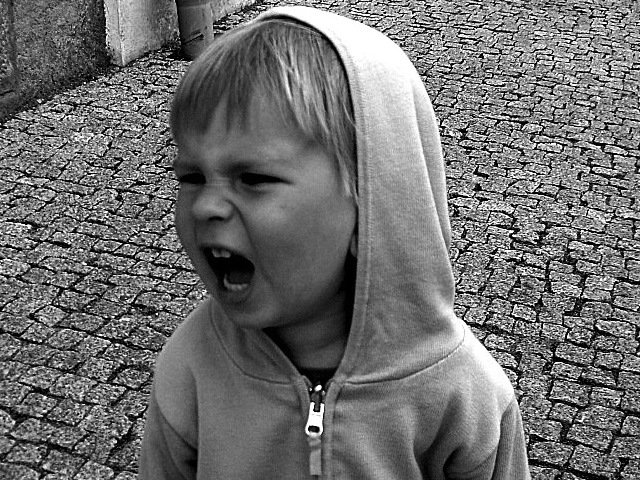 COMMENTARY Ever had a workplace nemesis, someone who stabbed you in the back, took advantage of you, or wronged you in some way? You'd feel great if he got canned, wouldn't you? And, in the back of your mind, you'd feel just a little bit guilty about that, right? You'd wonder if that makes you a bad person.

Well, it doesn't. It just means you're human.

We all have situations like that. And while it's probably not worth getting angry about and any good shrink would tell you it's a bit childish to seek retribution, as long as you're not acting out or acting on it, you're probably in good standing with reasonable adult behavior.

But here's the problem. These days, people are acting on those childish feelings more and more. They're threatening, demanding, boycotting and suing. That would be fine if business leaders and executives stood up to them and told them to act like adults. But they're not. Instead, they're coddling them, kowtowing to them.

It's called political correctness. Somehow, it's become accepted in the workplace and in society. And that's not a good thing. Not one bit. I'll explain why with a little story.

An associate once connected me to a company interested in my management consulting services. I met with a VP and wrote a proposal for a custom strategic planning process. He asked for more detail so he could sell it to the rest of the management team. So I provided that. And I never heard from him again. He didn't even respond to emails.

When the VP later got fired, I admit, it felt good. You know, what goes around comes around. You've got to love Karma. Except here's the thing. I'm sure that guy had reasons for doing what he did. In all likelihood, he doesn't think of himself as a bad person.

And you know, I seriously doubt if any of us can honestly say we've never done somebody wrong or screwed up in a way that hurt somebody else. I don't care how good a person you are or think you are. So I'm thinking I could have been that guy. I probably have been that guy.

That's probably why we have wise old sayings like "people in glass houses shouldn't throw stones," "he who is without sin, cast the first stone," and "turn the other cheek." When somebody does something to us, we deal with it or let it go because, well, because the roles could just as easily be reversed. And because that's what adults do. Or used to do, that is.

Now we live in a time when people have remarkably thin skins and judge others way too harshly. They act like they're special, like children do. Like they could never be on the other side of the equation. And instead of just thinking about Karma and retribution, they act on it. How do they act? They threaten, boycott, demand people be fired, and sue. And you know what? That's just the sort of thing that children would do if they could.

Over the past year or two we've seen plenty of this in the news. Remember when NPR fired Pulitzer Prize-nominated author and journalist Juan Williams, ironically for talking about political correctness with respect to Muslims? And Navy Capt. Owen Honors, the highly decorated commander of the USS Enterprise, losing his command and his career over some racy videos used to entertain his crew?

In both cases, virtuous men with stellar careers were thrown under the bus by cowardly leaders who wouldn't stand up to children, their threats, and their lawyers. Come to think of it, the same thing happened to Mark Hurd, the HP (HPQ) CEO responsible for one of the greatest turnarounds in corporate history, fired over a sex scandal that never happened.

That sort of thing is going on every day in workplaces all across America. I know because I've seen it firsthand. It makes me wonder how some of our nation's greatest CEOs and entrepreneurs would fare as ordinary employees these days. I bet the likes of Steve Jobs, Andy Grove, Bill Gates and Larry Ellison wouldn't last a week because they couldn't care less what anyone thinks. It's sad. Really.

How to create a culture of innovation
Are you a dysfunctional manager?

We can point our collective fingers at all the thin-skinned people, but why bother? You'd expect children to act the way they do. That's not really the problem here. The problem is the failure of leaders to act like adults and stand up to the children.

When I was a young engineer at Texas Instruments (TXN) about a thousand years ago, I had a run-in with a fellow employee. We both went to management. Management told us if we couldn't work it out ourselves, they'd fire us both. We learned our lesson. Fast.

That reminds me of an episode from my childhood. I remember it like it was yesterday. I came home angry and upset about a fight with one of my best friends. When I told my mom what had happened, she said I should apologize. I said, "But mom, he started it." She said, "Maybe he did, but he probably thinks you did, and if somebody doesn't say 'I'm sorry' first, you'll never be friends again."

So I apologized, my friend was relieved, and everything went back to the way it was before the fight. Thanks to my mom, I learned at an early age that nobody's perfect, people make mistakes, and just like that, the roles can be reversed. I learned to put myself in the other person's shoes. And you know, it took a lot of courage to suck it up and do the right thing. Ironically, that was adult behavior. I was seven.

Why did I do it? Because, just like my manager at TI, my mom didn't coddle me. She stood up to me and made sense, so I listened. So I'm just wondering where all the adult leaders are these days? It's about time they stood up and told the children how to behave. If they did, the children would listen. Because that's what children do when confronted with people who behave like adults.