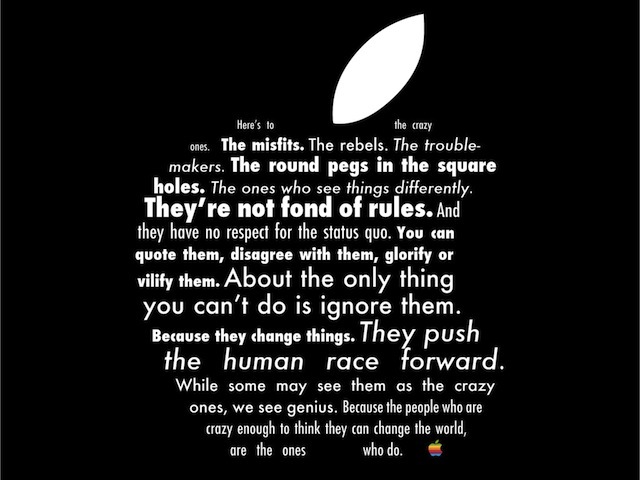 COMMENTARY If you spend enough time in the fast-paced high-tech industry, you'll notice a recurring theme among innovative entrepreneurs and successful executives. For the most part, they're "different." They question the status quo and take risks.

That's not all good, mind you.

It's not uncommon to hear someone say, "They broke the mold when they made him" after a particularly confrontational meeting with one of the "different" people, a statement which usually carries a note of awe mixed with overtones of relief that the meeting is over.

Just so we're clear, I'm not talking about a little unconventional thinking or eccentric behavior. I'm talking about people who are seriously "different." That means they can bring some unique and innovative ideas to a company -- if they don't self-destruct and take everyone down with them in the process.

In my experience, individuals capable of accomplishing big things often tend to be overly aggressive, demanding, egocentric and sometimes abusive. Most managers would therefore consider them to be problematic, especially in a team environment. And their concerns would indeed be justified.

As you might expect, many of these "different" folks go the entrepreneurial route, usually in response to corporate environments that don't easily or readily accommodate their unique styles and mixed baggage.

But contrary to what you might think, the vast majority do stick it out and climb the corporate ladder with varying degrees of success. How long that lasts and how successful they are depends very much on the particular environment, their toxicity to it, and whether their accomplishments ultimately outweigh the price organizations pay to keep them engaged and motivated.

Some companies, on the other hand, would just as soon not deal with them at all.

When I was a young engineering manager at Texas Instruments (TXN), I remember one of our star performers -- his name was Hal -- telling me he was leaving the company. When I asked why, he said, "There's just no fast-track for star performers around here." Hal didn't mean it in an egotistical way; he was just stating the truth. And you know, he was right.

Now, don't get me wrong. TI did have a program for identifying and rewarding young up-and-comers. There were stock grants and one-on-one meetings with top executives who talked about grooming you for the big time and all that. But for Hal, me and I presume others, that simply wasn't enough. The organizational structure was relatively inflexible. You climbed the corporate ladder at their pace, not yours.

For all I know, that's as it should be, at least for some companies. TI's current CEO, Rich Templeton, started there in 1980, the same year I did. And a quarter of a century later, he was running the show. Whether that's short or long is a subjective matter. But just about every member of TI's executive management team has been with the company that long. That's how TI rolls. And it is a great company.

That said, other companies have found a way not only to accommodate star performers, but mentor them in a way that accelerates their integration into the management ranks without stifling or dampening whatever it is that made them special in the first place.

If you want to create a culture that promotes innovation, where people who are different can thrive, there are five components you'll need for it to work. Just keep in mind, this is pretty much an all-or-none proposition. In other words, one weak link can blow the whole chain. That's just the way it is.

Identify them. First, you need to have a process for identifying these young up-and-coming stars. Train your line managers and recruiters on what to look for, and make that an integral part of the management and organizational review process so a short list of names is visible at all management levels. That's the first step.

Listen to them. If you actually have a dialog with these folks, you'll learn that they usually have tremendous distaste for the status quo and standard procedures. They probably think the usual rules don't apply to them. They'll want to work long hours, but where and when they want. They'll have a long list of things that "waste their time," like boring group meetings, having to report their every move, and company events. They'll want freedom from what they consider to be arbitrary constraints. It's important to listen, because they need to feel "heard."

Mentor them. Just because you listened, doesn't mean you give in. Be flexible if you can, but don't go too far. You see, they need discipline to realize their potential, but they need to be shown how it will benefit them and the company in the long run. You can't just say, "This is for your own good" and expect them to comply. They're higher maintenance than that. You've got to show them the big picture, the great things the company intends to accomplish, and connect them to those big goals by giving them as much responsibility as they can handle.

Bet on them. This is really where the rubber meets the road. People who are entrepreneurial and innovative by nature need to take risks, and to do that inside a corporate environment means management has to take risks by betting on them. That doesn't mean betting the farm without any "adult supervision" or management oversight, but if you can live with a little less communication on what's going on day to day and keep upper management off their backs, all the better.

Maintain balance. For this kind of culture to work, you can't have unbridled flexibility and hands-off management. You've got to have balance. Imagine a company as a human body. The brain manages everything and organs and cells are specialized to perform unique functions. Everything works in harmony but the endocrine system -- hormones -- keeps everything regulated and in balance. Otherwise, the system would fail. As the metaphor goes, you've got to monitor and regulate the health of the organization so things don't spiral out of control before you're even aware that anything's wrong. To accomplish that, keep a razor-like focus on what's critical and stay flexible on what isn't.

For more on how this sort of thing works, check out 10 ways to think different: Inside Apple's cult-like cultureand Innovators don't see different things, they see things differently.