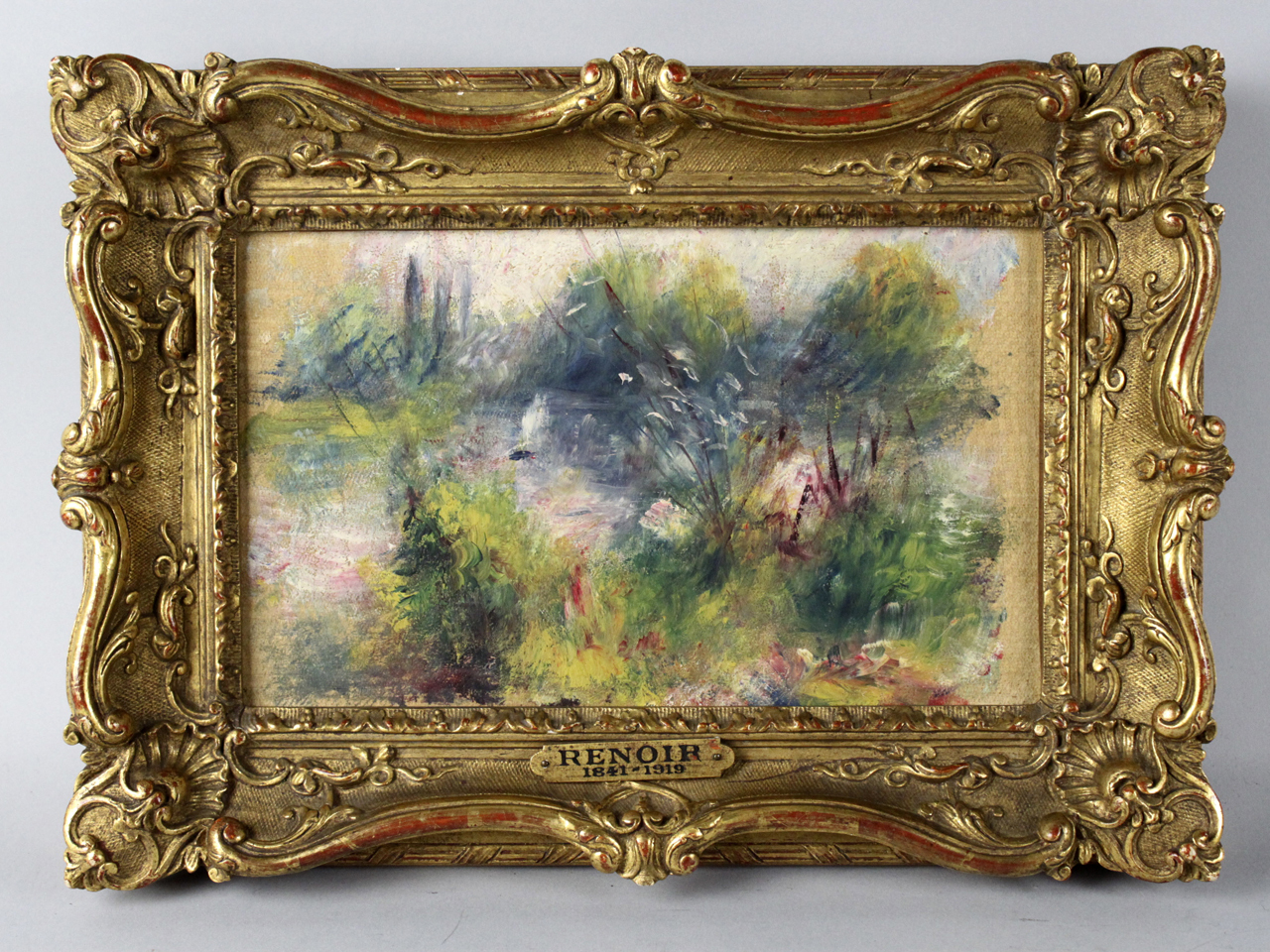 WASHINGTON Police located a 60-year-old theft report from the day a Renoir painting disappeared from the Baltimore Museum of Art that matches the description of one that sold for $7 at a flea market. An art theft expert says the museum has a strong case to get it back.

The brief police report notes the 5.5-by-9-inch piece, "On the Shore of the Seine," was painted by Pierre-Auguste Renoir. It describes "a river scene in pink and blue."

Six decades later, a Virginia woman said she bought the painting at a West Virginia flea market in 2010. She kept it in storage for nearly two years and then decided to have it examined by an auction house in Alexandria, Va.

The Potomack Co. verified it was Renoir's "Paysage Bords de Seine," which translates to Banks of the River Seine. It planned to sell the oil painting at auction for the woman on Saturday and it was expected to fetch at least $75,000.

The auction was postponed this week after a Washington Post reporter first found evidence the painting had been on loan to the museum from 1937 until 1951.

An expert on art thefts told The Associated Press the museum likely has a strong case to reclaim the painting. Robert Wittman, a former FBI investigator of national art thefts, said the artwork's dimensions and composition are key in matching it to a stolen piece.

"I just figured it would be a matter of time before somebody made a claim because those things just don't disappear," Wittman said of the Renoir found in a box of trinkets.

If there's a legal dispute over ownership of the painting, it would likely be a civil, not criminal, dispute, Wittman said.

Museum officials were combing through paper records Friday to learn more about the theft. So far, they have found a record documenting the museum had borrowed the painting from art patron Saidie A. May, who many donated other works to the museum.

The painting was on exhibit at the time it was stolen, said museum spokeswoman Anne Mannix. It's listed in a catalog for the 1951 exhibit, "From Ingres to Gauguin: French 19th Century Paintings Owned in Maryland."

Before the police report was found, the museum's loan record was its only record of the painting being stolen. The card noted the museum had collected $2,500 from its insurance company after the loss.

"All the way up through 1951 you have it listed in the (museum) card file. Then it disappears ... and the thing shows up in somebody's garage," Wittman said. "It's remarkable that the museum would still have that catalog card. That's fabulous."

The FBI has confirmed it's investigating. Wittman, who retired in 2008, said investigators would likely go back to the flea market and try to identify who sold it to try to determine where the piece came from.