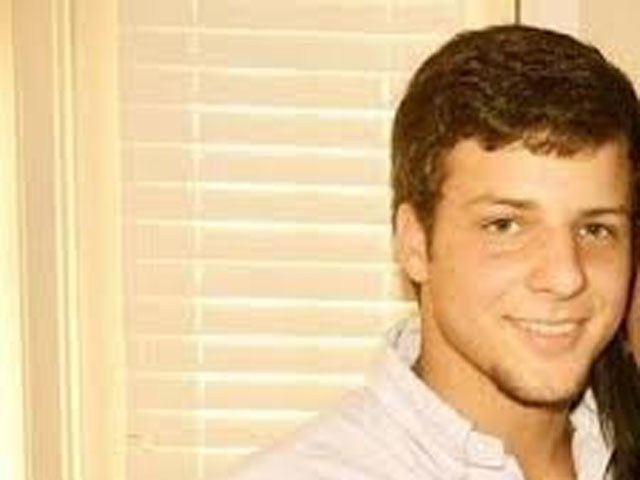 MOBILE, Ala. A nude University of South Alabama freshman had taken LSD and assaulted others before he chased the campus police officer who fatally shot him, authorities said Tuesday, though the student wasn't armed.

Mobile County Sheriff Sam Cochran said at a news conference that 18-year-old Gil Collar took the drug during a music festival Saturday before assaulting two people in vehicles and attempting to bite a woman's arm.

Authorities said Collar then went to the campus police headquarters, where he was shot by university police officer Trevis Austin. Austin is on leave while investigators review the shooting.

Video taken by a surveillance camera showed Collar nude and covered in sweat as he pursued the retreating officer more than 50 feet outside the building, Cochran said. Collar got within 5 feet of Austin and the officer fired once, striking the student in the chest, Cochran said.

Cochran said Austin came out of police headquarters with his gun drawn after he heard Collar — a 5-foot-7, 135-pound former high school wrestler — banging on a door. While campus police typically carry pepper spray and a baton, Cochran said Austin was armed only with a gun during the confrontation.

The sheriff said it was unclear whether the officer could have avoided shooting even if he had a non-lethal weapon to subdue the student.

"Had the officer had a Taser or some other less lethal instrument I don't know if that officer would have had an opportunity to shoulder his pistol and to use something else because the events were evolving so rapidly and he was approaching so close," said Cochran.

Cochran said he had "serious concerns" about the killing of an unarmed student when he first heard what had happened, but he better understood the officer's decision to open fire after watching the videotape of the shooting.

Investigators are trying to determine who provided Collar with LSD and could charge that person with murder, Cochran said. Cochran said the information about Collar's drug use came from people who were with him at the concert.

The New York-based American Council on Drug Education said LSD, also known as acid, can cause acute anxiety, panic, paranoia, psychotic behavior and an inability to recognize danger. Effects can last for hours, according to the group's website.

Cochran said authorities will allow Collar's family and media representatives to view the recording later, but it will not be released publicly.

Collar graduated earlier this year from Wetumpka High School, where a vigil planned in remembrance of the longtime prep wrestler will be held Tuesday night.