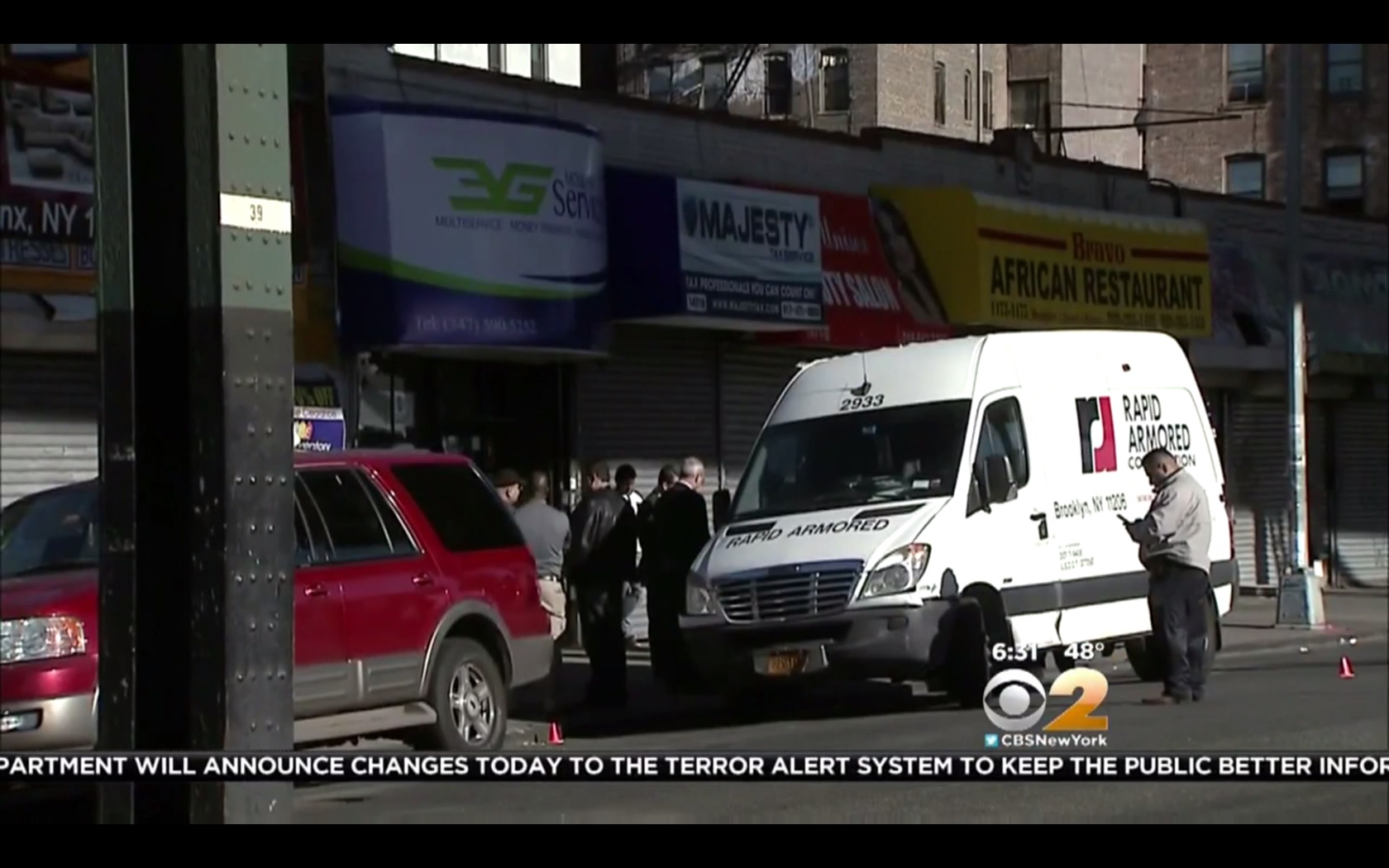 NEW YORK -- Police are searching for two suspects in an armored truck robbery that led to a shootout on a busy New York City street, reports CBS New York.

The driver of a Rapid Armored Corporation truck was picking up about $78,000 from a business in the Bronx Tuesday morning, when a man allegedly held a gun to the driver's neck, investigators said.

The perpetrator grabbed the money and took off, police said. Surveillance video shows the suspect racing across the street while shooting at the guard, who fired back. Police do not believe anyone was hit during the shootout.

The suspect jumped into a vehicle seconds after the crime and the NYPD is now looking for a red four-door Honda Accord with tinted windows.

One witness said the suspect had an accomplice in the car.

"She said that she saw the guy in the car tell the other guy to keep shooting," said an interpreter for the witness who speaks Spanish.

During the shootout, bullets went flying in all directions and people in the neighborhood had to run for cover.

One of the bullets from the wild shootout struck a vehicle at a car wash across the street. Lillian DeSann said her husband, Enrique, had been standing right next to the vehicle and just missed getting shot.

"A little bit higher and he probably wouldn't be here," DeSann said. "When he heard the first shot, then he looked and he turned and he saw that they were shooting from the Brinks car."

He and others nearby scrambled to find refuge from the bullets and ran into a nearby laundromat.

Police have not said if they have identified the suspects in the case.