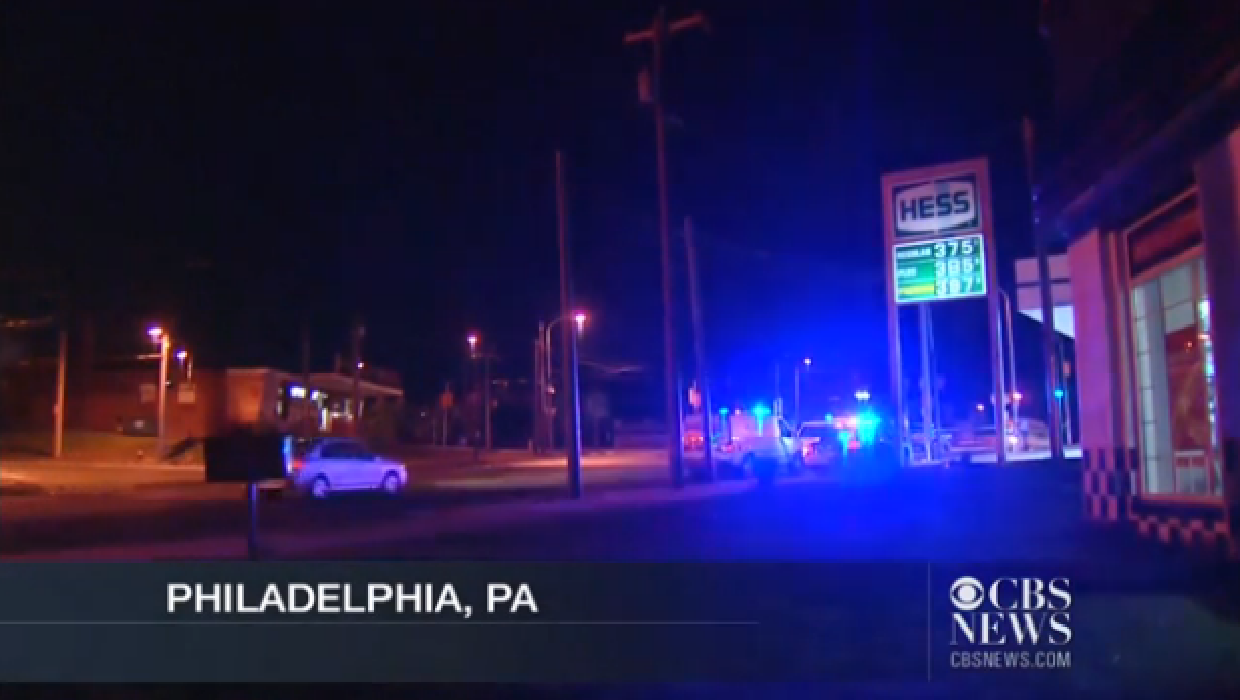 PHILADELPHIA - Authorities say several men robbed a Philadelphia gas station, firing a shot that grazed the clerk. But it's what they did afterward that has police scratching their heads.

Police tell CBS Philly that instead of fleeing, the robbers stuck around after the heist early Monday and pumped gas for customers, offering a discount to those who paid cash.

Lt. John Walker calls the robbers' actions "bizarre." He says they probably felt they didn't get enough money in the stickup "so they're going to sit there, take control of the business, offer gas at a discounted price and try to get additional money."

The clerk's father says his son, who is 18, was told by the robbers to stay in the bathroom of the Hess gas station for two hours.

Police say the robbers are at-large and that they believe the same men are responsible for another Hess station robbery last Wednesday, reports CBS Philly. In that robbery and Monday's, one of the suspects is said to have arrived wearing a Hess gas station shirt and posed as a deliveryman, according to the station.

Authorities are asking anyone with information to come forward. Neither incident was captured on surveillance video.