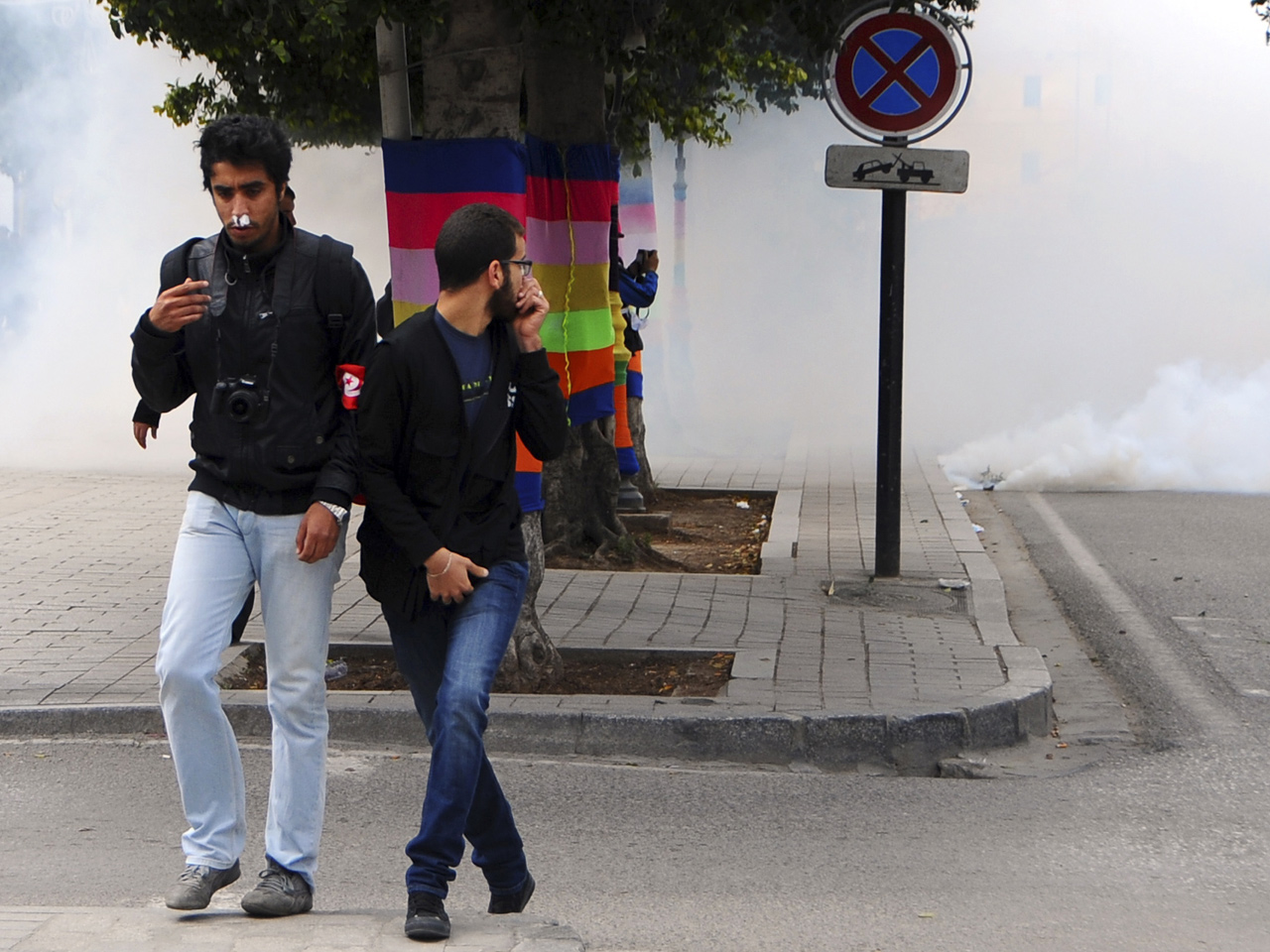 (AP) TUNIS, Tunisia - Police used tear gas and truncheons to disperse protesters seeking to march Monday along the Tunisian capital's main boulevard despite a ban on demonstrations there. Some of the protesters hurled bricks in response.

Bourguiba Avenue has been the main site for protests since Tunisians overthrew their longtime dictator, Zine El Abidine Ben Ali, a year ago. But last week, authorities barred marches along the thoroughfare because of what they described as threats to "public order."

The ban followed weeks of rival demonstrations between groups calling for and against the implementation of Islamic law in the Arab country, which was staunchly secular under the former regime but now has a moderate Islamist party leading the government.

Some 2,000 people from civil society organizations and labor unions tried to march along the tree-line street Monday in honor of Martyr's Day, which marks when French colonial troops in 1938 open fired on demonstrators calling for a constitution.

Amid the tear gas and bricks, some riot police chased demonstrators down adjacent roads. There was no exact count on people wounded.

An attempted demonstration by unemployed university graduates on Saturday also was violently dispersed.

The labor movement and many civil society organizations who made up the demonstration Monday have been opposed to the new government run by the moderate Islamist Ennahda Party that dominated elections in October.

"It was us who defended them when they were repressed under Ben Ali and today, now that they are in power, they repress us with the same practices of the old regime," said Moufda Belghith of the Tunisian Association of Democratic Women.

While Tunisia has seen a political flowering over the past year with the emergence of dozens of political parties and also nearly constant demonstrations, the economy has suffered from strikes that have paralyzed the industrial sector and drop in tourists.