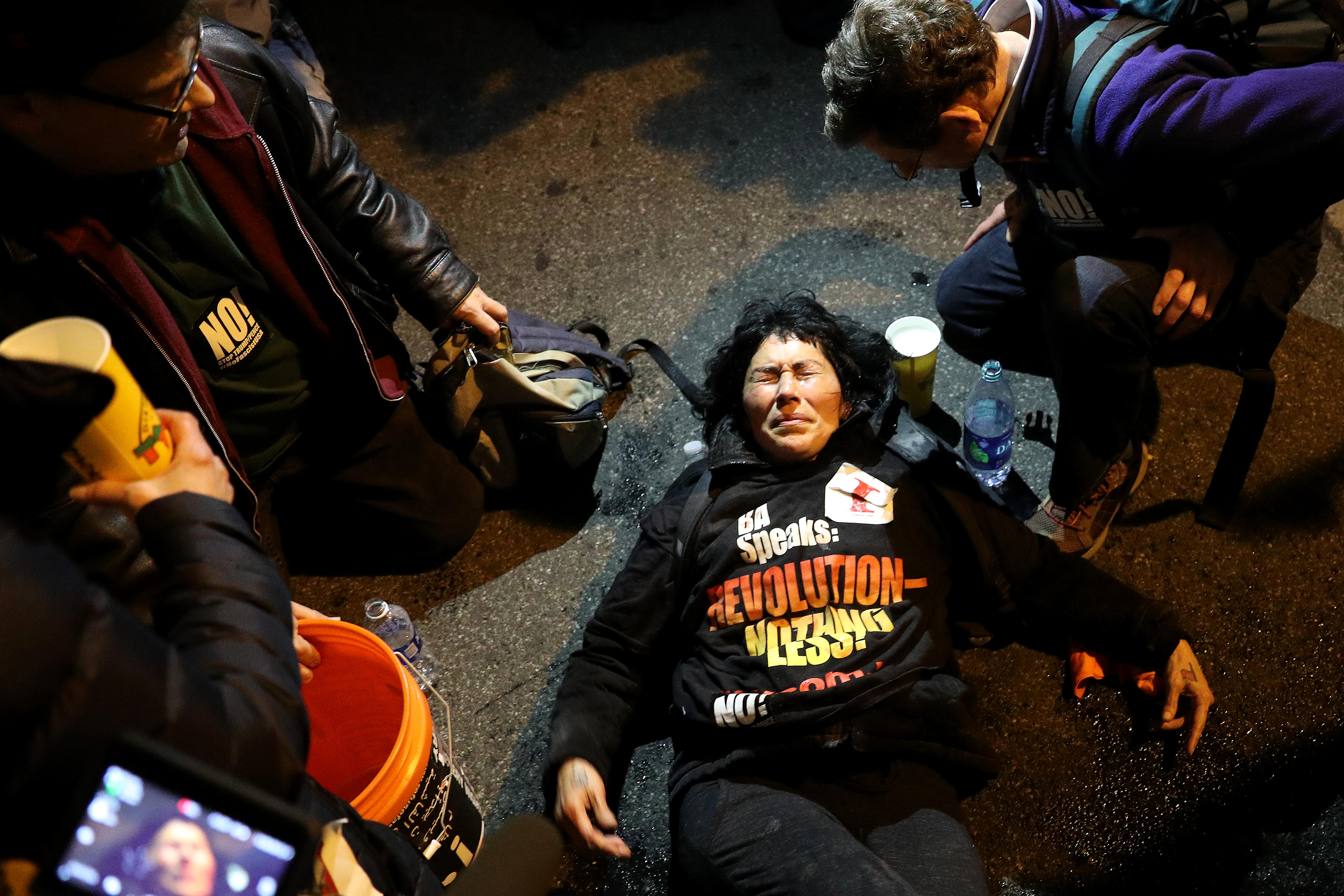 Demonstrators clogged the area outside the National Press Club, where the “DeploraBall” was being held, with prominent members of the group Alt-Right attending. The ball’s name was a play on a campaign remark by Hillary Clinton, who once referred to many of Trump’s supporters as a “basket of deplorables.”

Protesters from the group “Refuse Fascism” say D.C. police peppered sprayed them outside the press club.

Demonstrators threw bottles at people as they left the DeploraBall. Police came out with pepper spray, WUSA reports, adding there were at least four fights between protesters and ball guests. Police were in full riot gear.

One man waving a pro-Trump flag had debris thrown at him and was chased to the nearby Warner Theater, where Fox News Channel personalities Sean Hannity and Geraldo Rivera happened to be outside waiting to go into another event. Hannity engaged hecklers by raising his fist; Rivera laughed and smiled before entering the theater.

Demonstrators outside the press club shouted “Donald Trump your hands are small, you’ll never build your border wall.” WUSA says it was the group’s protest anthem.