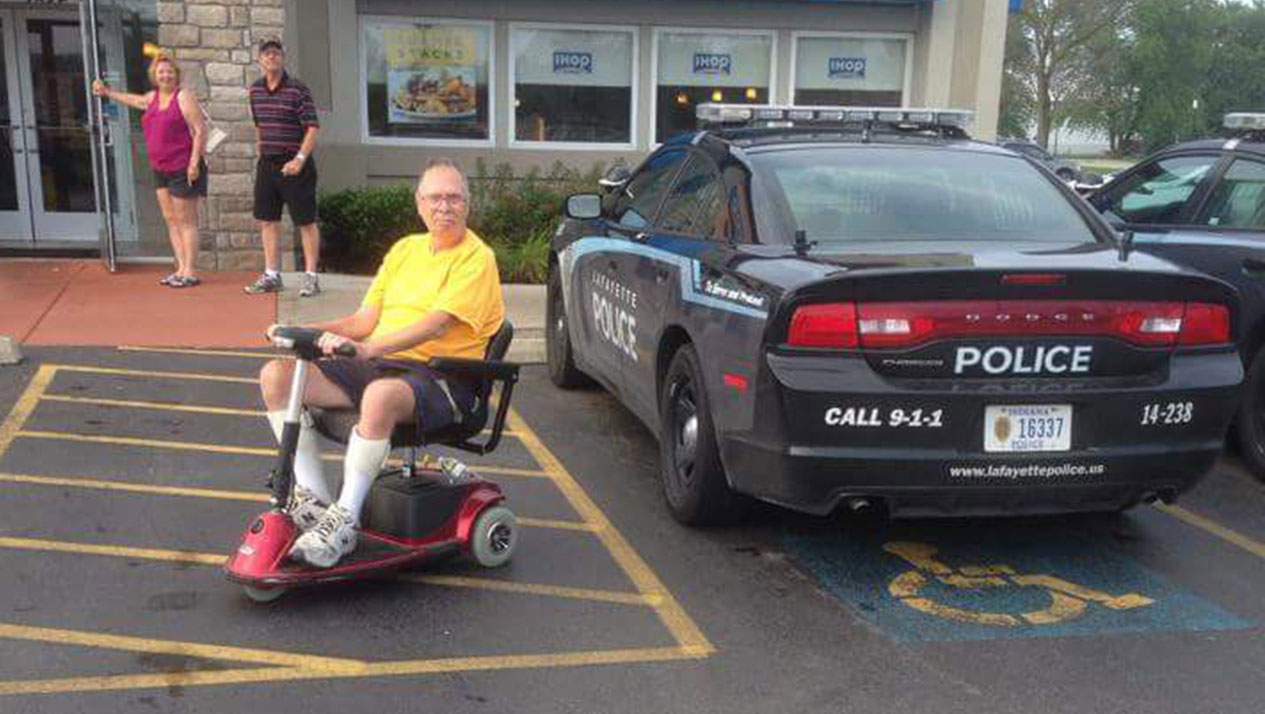 LAFAYETTE, Ind. - A picture of a police car in Indiana has garnered over a million views, after it was caught parking in a handicapped spot at an IHOP restaurant in Lafayette, reports CBS affiliate WTTV.

Lafayette Police Department Chief Patrick J. Flannelly in Indiana told WTTV that the image was brought to his attention on July 12. He said he immediately initiated an internal investigation to determine the circumstances of the photo.

The photo was originally submitted to Reddit on Monday by user TheToolMan with a caption reading,"My local police must be responding to a pancake emergency." According to TheToolMan, the officer was inside the restaurant eating breakfast.

"It was incredibly disappointing to see the image and embarrassing to our agency," Chief Flannelly told WTTV. "Outside of an officer responding to the business for life saving action, there is no reason for a police car to be parked in that spot, period."

Chief Flannelly told WTTV that an internal review concluded the officer was not parked in the spot for any official business. The officer parked in the spot informed his commander that he did not see the marking on the ground and was unaware that it was there until a citizen pointed it out to him. He was embarrassed and apologetic, according to Flannelly.

The Lafayette Police Department later determined the space was not properly marked as a handicap space. It lacked the required signage and marking requirements. Chief Flannelly says no vehicle, regardless of who operated it, could be ticketed for utilizing the space.

The Lafayette Police Department concluded the officer's parking job was an honest mistake.