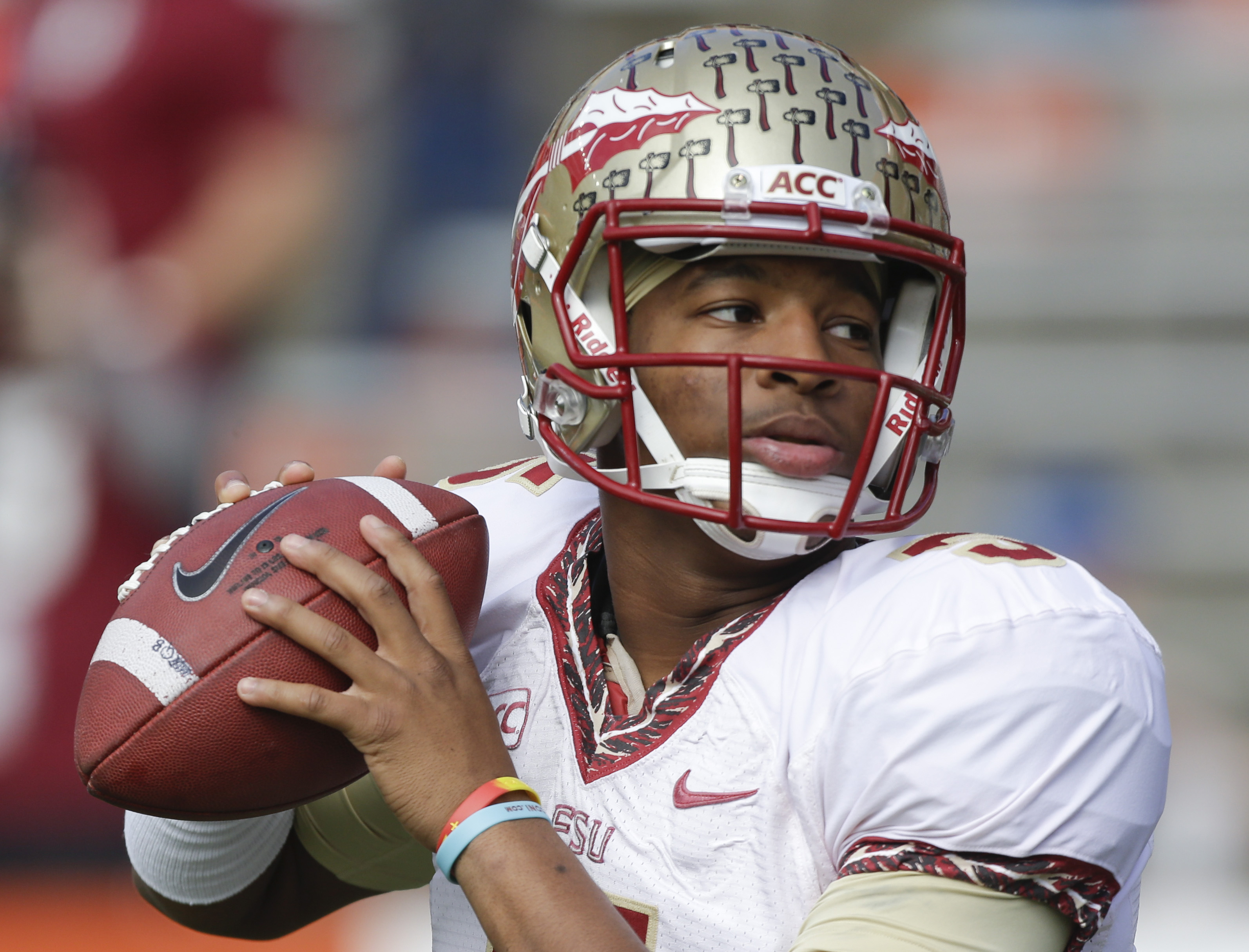 Heisman trophy-winning quarterback Jameis Winston said she "forgot" to pay for the crab and crawfish he was cited for stealing from a Tallahassee Publix Tuesday, according to a police spokesman.

Major Mike Wood of the Leon County Sheriff's Office told reporters on Wednesday that police received a call from Publix at about 10 pm Tuesday stating that a man had left the store without paying for his purchase. Through interviews, police determined the man was likely Winston, the star quarterback for Florida State.

Deputies went to Winston's residence where Wood said he told officers he had forgotten to pay for the food - worth $32.72 - but did not attempt to contact the store or return to correct his mistake. Winston was issued a civil citation for petty theft and ordered to perform 20 hours of community service.

Wood said that if he fails to fulfill the terms of his citation, the case will be referred to the state attorney's office for criminal prosecution.

On Wednesday the FSU athletic department issued a statement announcing that they were suspending Winston from the school's baseball team.

"As a result of his citation last night, we are suspending Jameis Winston from the baseball team," said FSU Baseball Coach Mike Martin. "I am confident he will complete his community service obligation and the situation will be resolved soon."

Prior to winning the Heisman trophy, Winston had been under investigation for allegedly raping a fellow FSU student in December 2012. The case drew national attention in part because it took so long for Tallahassee police to question Winston or other witnesses in the case. In November 2013, Florida State's Attorney Willie Meggs declined to indict Winston in the alleged assault, citing a lack of evidence.

Earlier this month, the New York Times published an investigation into the case by Pulitzer Prize-winning investigative journalist Walt Bogdanich. The article quoted Meggs as saying that police working the case "missed all the basic fundamental stuff that you are supposed to do" in a criminal probe.