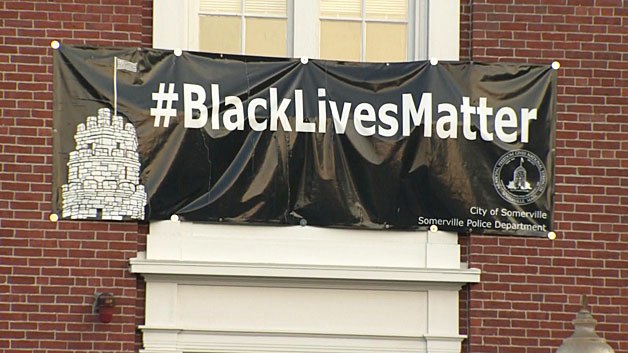 SOMERVILLE, Mass. -- The mayor of a Massachusetts city says he won't remove a Black Lives Matter banner hanging over city hall even as police officers from across the state intend to rally against it.

The banner has been hanging outside city hall since August 2015, CBS Boston reported.

He noted the city also has a banner over police headquarters honoring the officers slain in Baton Rouge, Louisiana, and Dallas in retaliation over police killings of black citizens.

The city police union and other Massachusetts officers plan to rally against the banner Thursday after Curtatone denied an earlier request to replace it with an "All Lives Matter" banner.

In a letter to Curtatone last week, the Somerville Police Employees Association said they are "deeply troubled" by the mayor's decision to display the banner, while "standing silent over the seemingly daily protest assassinations of innocent police officers around the country," CBS Boston reported.

The letter was written unbeknownst to Somerville Police Chief David Fallon, who said he'd prefer to keep politics out of policing.

"If you want to talk national issues and what's going on, there needs to be more dialogue, not an open letter to the mayor," said Fallon.

In a statement last week, Curtatone said the banner will stay.

"My unwavering support for our police officers does not and cannot preempt our commitment to addressing systemic racism in our nation," Curtatone said.