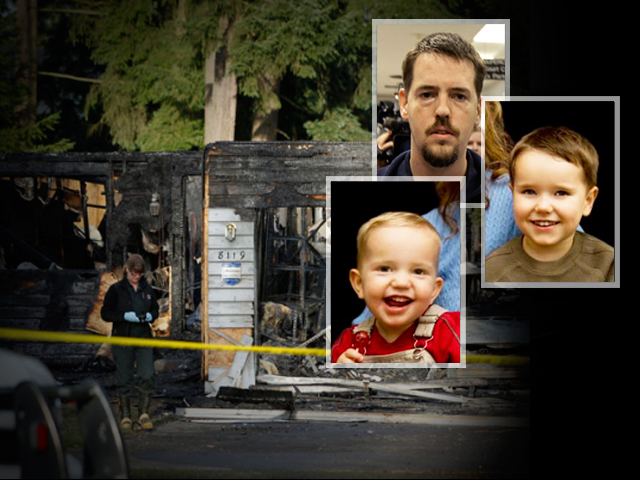 (CBS/AP) SEATTLE - Police in Washington state bought two burial plots next to Josh Powell's sons to prevent family members from burying him next to them.

"We might not be able to keep Josh Powell out of the cemetery, but it's way better than having him right next to the boys," said Detective Ed Troyer, who along with Pierce County Sheriff Paul Pastor heads the anti-crime organization Crimestoppers of Tacoma-Pierce County. The cost is being paid by Crimestoppers, other organizations and private donations.

Powell's surviving relatives want him buried at the Woodbine Cemetery which is the same cemetery as the two boys he killed in an explosion that police say was a premeditated murder-suicide, the city manager in Puyallup said Wednesday. They've selected a plot about 80 to 100 feet away from the boys, in clear view of their graves.

Powell was a suspect in his wife Susan Powell's 2009 disappearance from their home in West Valley City, Utah. He attacked his sons with a hatchet and exploded his house in a gas-fueled blaze, killing himself and the two boys on Feb. 5.

More than 1,000 mourners attended the boys' funeral Saturday. They were later laid to rest in a single casket at Woodbine and Susan Powell's family hopes to bury her there too if her remains are ever found. Troyer said Crimestoppers would allow Susan Powell's family to use the police bought plots as they saw fit and if Crimestoppers raises money beyond the cost of the plots, any extra could be spent on memorials.

Attorney Anne Bremner, who represents Susan Powell's parents, Charles and Judy Cox, says she will seek a temporary restraining order to block Josh Powell from being buried there. She said she could pursue claims against the city for emotional wrongs and outrage on behalf of the Coxes if the burial goes forward.

"For him to be buried near those kids is just unthinkable," Bremner said. "For God's sake, for them to lose Susan first, and then the boys, and now this? Just give these people a break.