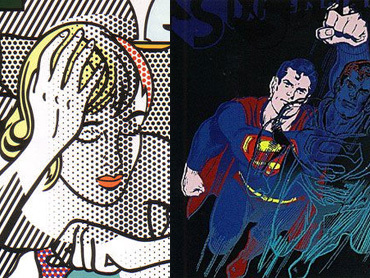 Police are looking for the person who tunneled through a wall into a New York City apartment while the owner was away around Thanksgiving and made off with hundreds of thousands of dollars worth of artwork by Andy Warhol and other notable artists.

They say the thief broke through a hallway wall into the Manhattan apartment and stole limited-edition artwork, watches and other jewelry worth a total of about $750,000.

A video recorder connected to surveillance cameras also was taken.

The stolen items include the Roy Lichtenstein prints "Thinking Nude" and "Moonscape," the Carl Fudge oil painting "Live Cat," the Warhol prints "The Truck" and "Superman," and a set of eight signed Warhol prints in various colors called "Camouflage."