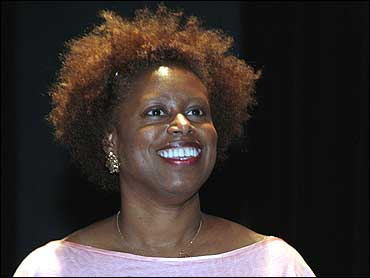 And they said the grand jury's decision last week sent the message that "it's okay to hit a police officer."

"We hope that members of Congress will review her actions in light of their rules within their own ethics committee," Andrew Maybo, chairman of the U.S. Capitol Police Labor Committee, told reporters Monday at a news conference in Washington.

Maybo said the Fraternal Order of Police would send a letter later this week to the ethics committee suggesting that McKinney's behavior violated an item in the chamber's ethics manual that calls for members to "conduct (themselves) at all times in a manner which shall reflect creditably on the House of Representatives."

McKinney's spokesman and her lawyer did not immediately return calls for comment.

Such a letter would not trigger an inquiry unless a member of the House authors it, or the chairman and ranking Democrat move to review the matter.

McKinney has not disputed accounts that she hit Officer Paul McKenna May 29 when he tried to stop her from entering a House office building unrecognized. McKenna did not arrest McKinney at the scene.

"Congresswoman McKinney's assault on Officer McKenna was not only unprofessional for her position as a member of Congress, but we believe it puts out the wrong message across America, that it's okay to strike a police officer," said

"It's not okay to strike a police officer, regardless of who you are," he added.