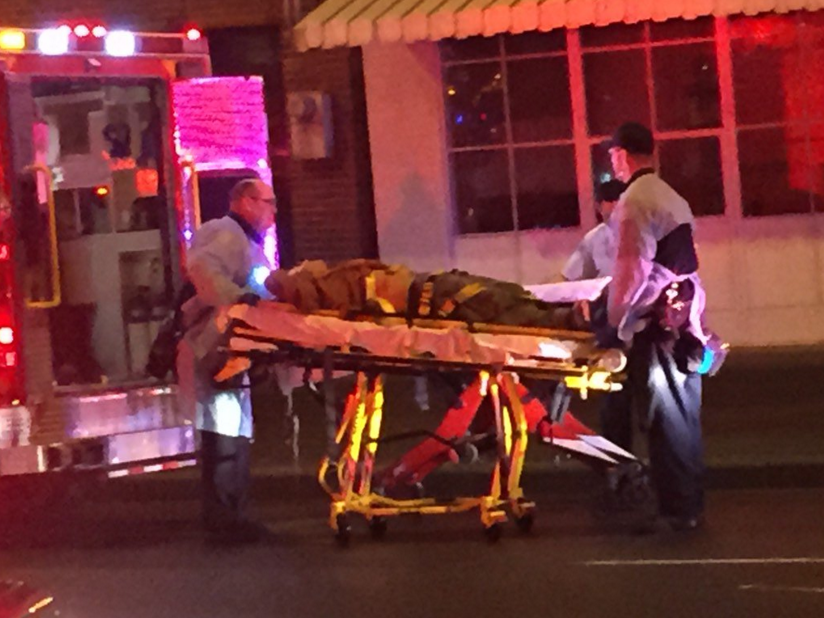 SEATTLE -- Two people were fatally shot and three others wounded by gunfire at a homeless encampment in Seattle, police said.

CBS affiliate KIRO reported the shooting happened around 7:15 Tuesday night near Airport Way South and South Atlantic Street south of downtown. The area is colloquially known as "The Jungle," according to the station.

Police were searching for two possible suspects in connection with the incident and roads in the area were closed. Police said they have reason to believe the shooting was "targeted."

At a press conference addressing homelessness Tuesday night, Seattle Mayor Ed Murray called the shooting an active crime scene and urged people to stay away from the area.

Last fall, Murray declared a civil state of emergency because of the growing number of homeless people in Seattle and King County, according to KIRO.

Police were responding to the shooting scene as Murray began a previously scheduled address, the station reported.

The encampment has a history of violence, including two fatal shootings in 2009, according to KIRO. No charges were filed in either case.